US stocks wavered on Monday after House Democrats unveiled their tax proposals and as some Wall Street analysts predicted that stocks will retreat in the fourth quarter. The Dow Jones rose by more than 100 points while the S&P 500 and Nasdaq 100 indices tilted lower. In a report, Democrats said that they intend to raise corporate taxes from 21% to 26.5%. They also plan to boost capital gains taxes and increase taxes for the wealthy. They plan to use the additional tax collections to fund a $3.5 trillion anti-poverty plan. Still, the new plan will need to pass both the House and the Senate, where they hold majorities. At the same time, analysts at key banks like Deutsche Bank, Morgan Stanley, and Bank of America believes that stocks are due for a correction.

The British pound wavered against key currencies as traders waited for the upcoming UK employment numbers. The data, which will come in the morning session is expected to show that the country’s unemployment rate declined from 4.7% to 4.6% as the country reopened. The country’s labour market has been relatively stable than in other countries because of the furlough program that has more than 1.3 million members. However, this situation will likely change as the government moves to wind down the program. The pound is also wavering ahead of the key inflation numbers scheduled for Tuesday morning. Also, investors are reacting to the recent tax increase by Boris Johnson.

The US dollar index held steady in the overnight session as investors wait for the key American inflation data. The data, which will come out later today, is expected to show that the country’s headline inflation declined from 5.4% in July to 5.3% in August. Similarly, the core CPI is expected to fall to 4.2%. The data will come a few days after the US published relatively strong PPI data. With commodity prices and wages rising, there is a likelihood that prices will remain high for a while. Other key data scheduled for today are the IEA monthly report, Swedish CPI, and Canada’s manufacturing sales.

The XAUUSD pair is trading at 1,790 ahead of the latest American inflation data. This price is significantly lower than this month’s high of 1,833. On the four-hour chart, the price is slightly below the 23.6% Fibonacci retracement level. It has also formed a bearish flag and head and shoulders patterns. Therefore, the pair will likely break out lower as bears target the 38.2% retracement level at 1,777. 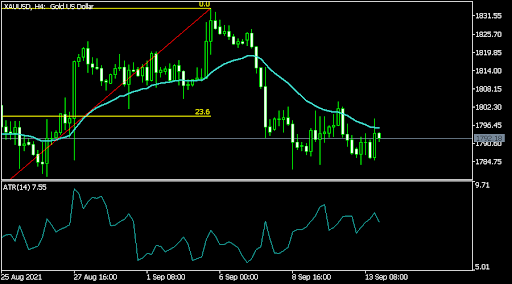 The EURUSD pair rose to 1.1800, which was slightly above Monday’s low of 1.1770. On the four-hour chart, the price is below the Parabolic SAR and is below the 25-day moving average. The Relative Strength Index (RSI) has formed a bearish divergence pattern. It has also formed a small head and shoulders pattern. Therefore, the pair will likely maintain a bearish trend as bears target the key level at 1.1700. 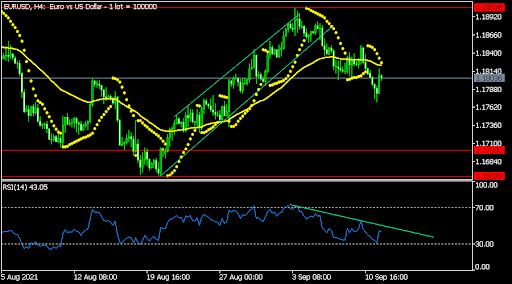 The EURGBP pair wavered during the overnight session ahead of the latest UK jobs data. The pair is trading at 0.8532, which is slightly above last week’s low of 0.8510. On the four-hour chart, the pair moved to the 50% Fibonacci retracement level. It also moved below the 25-day and 50-day moving averages. It has also formed a bearish flag pattern. Therefore, the pair will likely break out lower this week. 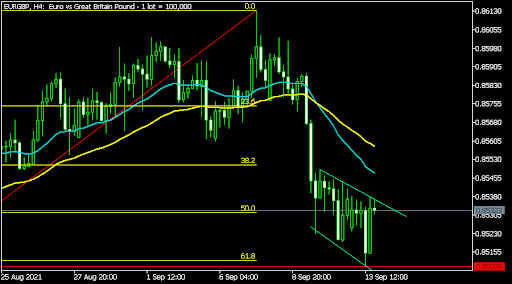