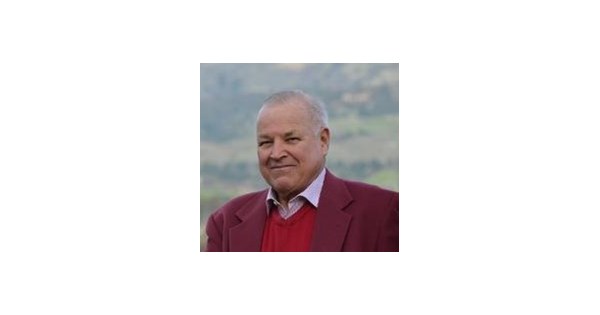 Paul Baldacci
June 7, 1933 – November 20, 2021
Resident of Danville, CA
Paul Ruppert Baldacci Jr. was born June 7, 1933, in Richmond, Virginia, to Paul R. Baldacci Sr. and Virginia Allwin Baldacci. Paul soon moved to Akron, Ohio, where he and his younger brother Louis, Thomas and Peter thrived as active members in the local church and school communities.
Paul’s natural leadership skills and tenacious work ethic were evident early. He graduated from St. Vincent’s High School in 1951, having played both football and basketball for all four years. During high school he also worked as a floor steward in an Akron steel mill, ultimately advancing to a supervisory role. Thereafter, he moved across the country California to attend Santa Clara University on a football scholarship. He played offensive guard for the Broncos until the program ended abruptly during his junior year. He was elected class Vice President, served as a staffer for the sports section of the SCU newspaper, was a member of the Debate team and completed ROTC training. He graduated from SCU in 1955 with a B.S. in Economics, along with a history minor.
Paul went on to attend the University of San Francisco School of Law. However, his pursuit of a juris doctorate degree was interrupted by his service for the United States Army between 1956 and 1958, which included a tour in Korea. His post-military career began at Wells Fargo Bank, followed by U.S. Steel Corporation, after which he joined Hoffman Company Builders and Developers. His time working at the Hoffman Company proved to be pivotal, as it was here that he found his professional passion as a builder and developer.
As before, Paul’s tireless focus and diligence yielded numerous opportunities. He obtained his State of California General Contractors License, along with a State of California Real Estate Brokers License. In 1967, he started Castle Construction Company Inc., the focus of which was on building value-oriented housing for families.
Throughout his career, Paul sought to protect and advance the interests of building industry workers and building standards. Paul took great pride in having made over 1600 consecutive payrolls in the employment of union carpenters and the operation of a development and building company. He served as an Employer Trustee for the Northern California Carpenters 46 Counties Apprenticeship Training Trust for more than thirty years and also as an Employer Trustee on the California Carpenters 46 Counties Pension Trust Fund. He was an appointed member of the State of California Building Standards Commission from 1995 to 1999 and also led as Chairman of the Home Builders Association of Northern California in 1997. He was a long-standing member of California Building Industry Association’s Labor Energy, and Codes and Standards Committees. Notably, in 1999, Paul was inducted into the California Building Industry Hall of Fame.
Paul considered his greatest legacy to be his family. On July 23, 1955, he married his life partner and forever love Elizabeth “Betty” Baldacci. He revered her and attributed his success in life to her unwavering love, strength and support. Their enduring union produced six children: Elizabeth; Thomas; Loretta; Marilyn; Louis; and James. Over the years, he and Betty would revel in the lives and accomplishments not only of their children, but of their nineteen grandchildren and five great grandchildren, all of whom continue to support and celebrate one another.
Paul was known to many as a stalwart professional who valued persistence and forward motion. Those who knew him well would more importantly describe him as a man of infinite faith and gratitude who tirelessly strived to inspire and lift up those around him. Paul had an innate ability to motivate and make those around him feel respected and important.
Throughout his life, Paul proudly expressed and lived his love for family, his country and his Lord.
All of our Love goes with you Dad. Press on, go forth to glory.
A Memorial and a celebration of life for Paul will be on a date to be announced. Information on his service will be updated at https://www.diablovalleycremation.com/obituaries/PAUL-R-BALDACCI-Jr?obId=23200387#/celebrationWall
Paul forged life time friendships while he was a student at Santa Clara University and attributed much of his professional success to the Jesuit education that he received as a Bronco. As a result, he supported the university throughout his lifetime. Anyone who wishes to honor Paul may consider making a contribution to the Paul & Betty Baldacci Family Scholarship Fund; checks to be made out to Santa Clara University and directed to the Santa Clara University Development Office, 500 El Camino Real Santa Clara, CA 95053, c/o Robin Petrini -Senior Director of Development. God Bless.