Holiday dread: at gatherings this year, ‘someone is going to be offended’  The Guardian 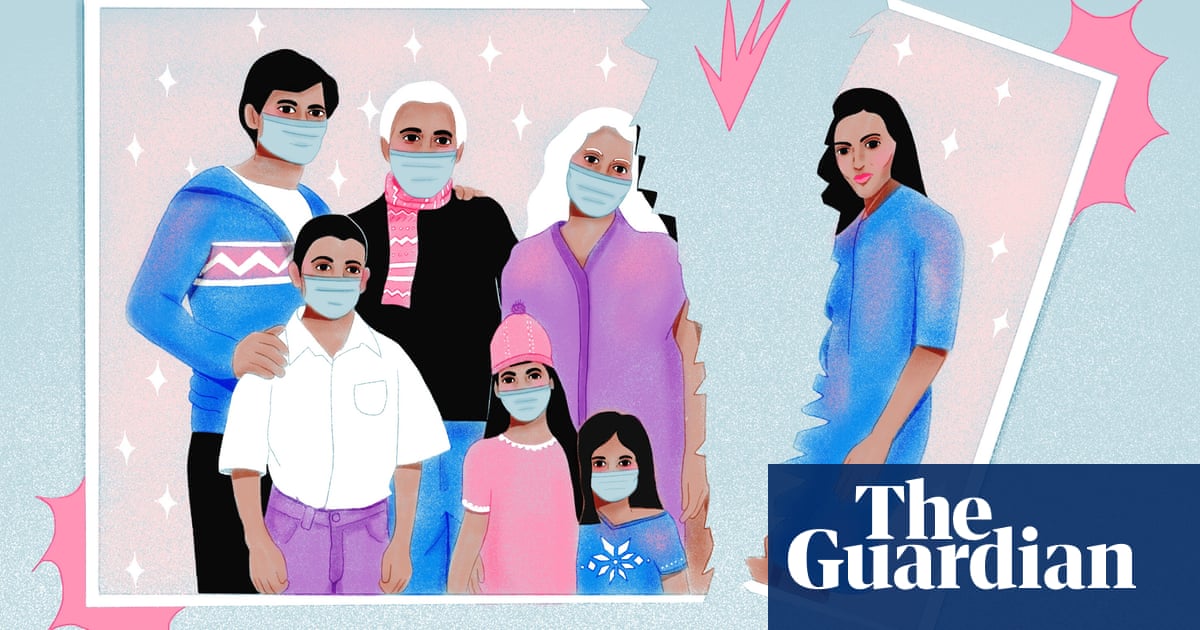 This Thanksgiving marks the first time Trysta Barwig, 31, is reuniting with her extended family and friends since the start of Covid-19. While she’s excited to reconnect with loved ones at her aunt’s Atlanta home, she says she’ll be walking on eggshells in order to avoid the elephant in the room: the pandemic. Some family members who work in the travel industry lost their jobs and are still unemployed, she says. Guests’ vaccination statuses, and vaccine-related viewpoints, will be a very mixed bag.

The holidays can be a trying time under normal circumstances, but this year adds new complications. For some families, this holiday season may mark the first time in two years that the extended brood has gathered under one roof. Anticipatory tensions are high: 56% of Americans are nostalgic for last year’s pared-back holiday season, according to a recent TD Bank survey.

With a contentious presidential election to reflect on, differing views on vaccination, inflation, supply chain woes and, of course, the still-present pandemic and its related health risks, this year’s festivities are poised to be more fraught than ever. As a result, many are actively dreading what is supposed to be the jolliest time of year.

A year of tension and change

Between the pressure to replicate Hallmark movie idylls of seasonal gatherings – and the fact that even adult children can revert to old familial roles when visiting home – it’s no surprise that guests can get snippy at family celebrations. Longer-than-usual time apart may bring new tensions to this year’s holiday table.

Melanie Booth-Butterfield, a professor emeritus of communication studies at West Virginia University, warns that people tend to form idealized snapshots of their loved ones over extended periods of separation. This holiday season, she anticipates that many reunited family members may be disappointed by how their expectations of each other contrast with reality. People may also feel put off by the ways that their relatives have changed since their last visits together – from discomfort in realizing how much a young grandchild has grown up to chagrin over a cousin’s stance on politics.

“Even if you saw them six months ago, you would not be as surprised ,” says Booth-Butterfield.

Even if you saw them six months ago, you would not be as surprised

Others, like Philadelphia-based Sonja Hayden, 29, are grappling with the interpersonal fallout of changes already felt. For Hayden, that means a holiday season spent mourning the relationship she once had with her husband’s parents. While her in-laws once offered a tight-knit, loving support system – especially in light of her estrangement from her own parents – Hayden says that the past year has seen the relationship fray.

The shift began last November, when Hayden’s in-laws doubted the legitimacy of the 2020 election results and became reliant on the far-right One America News Network for information. Once Covid-19 vaccines became available in early 2021, they presented Hayden’s in-laws with a ready new target for their partisan distrust. Hayden, who was diagnosed with diabetes in May 2020, says that her in-laws’ growing obstinacy has had a negative effect on her health.

“Stress impacts my blood sugar,” Hayden says, “and I don’t need this stress from my in-laws.”

’Tis the season (to navigate conflict)

The stress of ideological opposition can be significant, according to Los Angeles-based clinical psychologist and author Leonard Felder. When a relative fundamentally disagrees with you, or acts in opposition to a core value, it can feel like a personal affront – perhaps especially in the aftermath of the pandemic’s social restrictions.

“Many people only talk these days with people who agree with them,” Felder says, “so it’s a shock to your system to be in the presence of someone who says or does things so differently from what you prefer.”

It can also be anxiety-inducing to expect. Manhattan-based author Kate Walter, 72, says she is nervous about Christmas, which will mark her first indoor, sit-down dinner with extended family since 2019. The get-together comes on the heels of her recently released pandemic memoir, which not only documents her experiences during lockdown, but contains arguments against Donald Trump and his supporters – a cohort that includes her niece, who will be present at the gathering.

Rather than let these divergences result in a fight, licensed clinical psychologist Shannon Curry recommends prioritizing one of three things before responding: your goal for the interaction, the importance of the relationship with the person, and the importance of your self-respect. While many people may value their self-respect first and foremost, Curry says it’s sometimes necessary to make compromises if, for example, a progressive wants to maintain a relationship with a grandparent who is a Trump supporter. If the goal of the holidays is simply to get through them without a fight, you might have to take the uncomfortable approach of saying nothing at all.

Olivia, a 30-year-old who lives in Philadelphia and declined to share her last name in order to speak openly about her family, has struggled with the internal conflict of preserving her sense of integrity while continuing a relationship with her immediate family. For most of her life, Olivia has felt at odds with her family’s conservative values; their differences only became more pronounced following the 2016 election. Since she is typically the lone dissenter among her parents, brother and grandmother, she’s given up on fighting with her family at holiday gatherings and now bites her tongue when they make disparaging remarks against the Black Lives Matter movement or when they poke fun at her boyfriend, who is Jewish. (He no longer joins her on visits back home.)

“It’s finding this balance between wanting to stand your ground,” she says, “but also not to start a fight because you don’t want to be the person who ruined the holiday.”

Once again, Olivia is steeling herself for another holiday season of policing her emotions for others’ comfort. There is one aspect of the pandemic that has worked in her favor, however: smaller family gatherings. This year’s festivities will be limited to just her immediate family, a welcome departure from the “blatant, belligerent nonsense of politics and racism” that her extended family brings to the table. Still, she expects no short supply of this year’s particular brand of political complaints – contempt for Biden, inflation – from her father and brother.

Hayden and her husband, on the other hand, have come to terms with the matter at hand. Because Hayden’s diabetes puts her at higher risk of illness, she and her husband have had to re-evaluate their plans for the coming weeks.