Marketing And The Growing Power Of Women’s Wealth: A Conversation With Merrill Lynch  Forbes 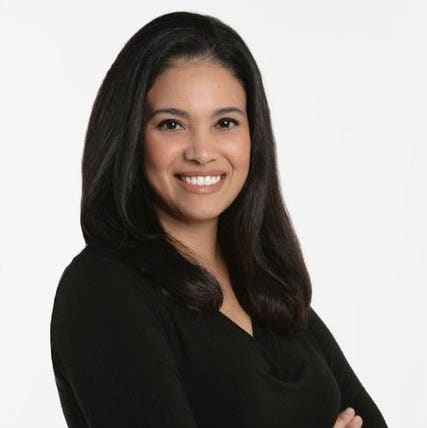 The face of wealth is increasingly female. How is this changing the way traditional wealth-management firms attract and retain clients?

Broadly speaking, the financial industry is historically, almost infamously masculine, an aspect of the business that Hollywood loves to depict on screen. In real life, change is on the horizon. Women now control $72 trillion worth of private assets globally and are projected to control $110 trillion by 2025, according to research from Bank of America. Women dominate educational attainment across the Western world. Women drive the consumer economy. Women are increasingly wealth creators in businesses of every kind. Women are a force in charitable giving. All of which means that many financial-services firms are rapidly modernizing their approaches to this crucial market.

I sat down with Jen Auerbach-Rodriguez, head of client acquisition, retention and strategic growth markets at Merrill Lynch Wealth Management, to talk about how the firm has responded to women’s growing financial power. We covered three inclusive approaches that are applicable to businesses of all kinds – including yours.

Recognize that the customers you have today may be radically different from the ones on which your company was built. As I have written about extensively, serving this enormous market is a strategic issue, not a women’s issue. This is the approach Merrill Lynch took when the company created its strategic growth markets initiative in 2017. “The wealth holders and wealth creators of the present day, and into the future day, look different than they did 20, 40, 50 years ago,” says Auerbach-Rodriguez. “Today, if wealth were to have a gender, that gender would be at least half female.” The firm’s research shows that while 50% of women age 55 and older say they manage their finances, that number jumps to 75% for women under 45 years old, which indicates just how fast money attitudes are changing, too.

Understand that “one-off” marketing initiatives are no substitute for a long-term growth strategy to serve this market.

I’ve met executives who mistakenly believe that running an International Women’s Day campaign once a year “checks the box” for serving the women’s market. Merrill Lynch has taken the long view and approaches the market as an integral part of its business. “We spent a lot of time getting this right,” says Auberbach-Rodriguez. The firm’s strategic growth markets initiative is centrally positioned within the company and has its own P&L (profit and loss responsibility), which means it is a measured and accountable business. “This is a recognition of individuals, of investors, of a changing demographic, a changing complexion of wealth in our country,” she continues. Vocabulary was an important part of the process. “We were laser focused on this not being described as a ‘segment’ – women could not be described as some sort of niche effort,” she adds. The company has taken vocabulary seriously even in its systems: it has removed the “primary” designation from joint-account enrollment, in recognition of the equally important role that both partners play in a financial relationship.

So much of the financial advisor/client relationship depends on connections established the traditional way – face-to-face meetings, phone calls, video calls and special events. Merrill used innovative research methods such as eye-tracking, heat mapping and lexical analysis to study advisor/client interactions. Two major insights emerged from its research: first, when a financial advisor, regardless of their gender, sat down with a couple, and that couple was comprised of a woman and a man, the financial advisor allocated 60% of their eye contact to the man in that construct, versus the woman.  Second, lexical analysis showed that women advisors used more positive, communal words in conversations with investors, in contrast to male advisors who used more risk-oriented words, “that could perhaps elicit the notion of doubt or fear or worry,” says Auerbach-Rodriguez. The firm is including these insights in its training programs to help advisors of all genders identify miscues and have meaningful conversations about goals, values and how those can translate into a wealth plan.