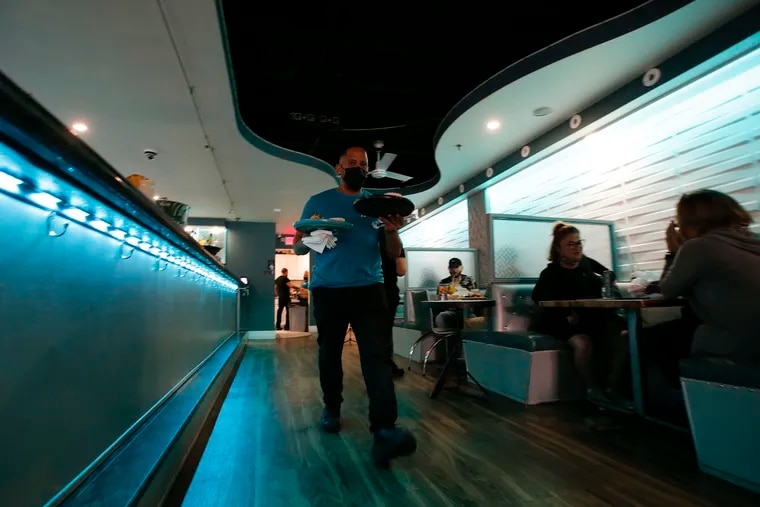 Roughly 20,000 Latino-owned small businesses continue to be the greatest source of employment growth in Philadelphia, but many owners say burdensome wage and other taxes are preventing a recovery following the worst of the COVID-19 pandemic, according to the Greater Philadelphia Hispanic Chamber of Commerce.

“It’s not Amazon or Facebook, it’s mostly old-fashioned small businesses, with less than 250 employees, who are the nation’s job creators and in our neighborhoods,” in construction, restaurants, and grocers, said Jennifer Rodriguez, president and CEO of GPHCC, during a virtual event on Wednesday.

“If these 20,000 businesses grew by just one or two employees, we could help lift more out of poverty. It costs our community when our businesses don’t scale up,” she said.

A new Coalition of Diverse Chambers of Philadelphia — Asian American, African American, Independent Business, and the Hispanic Chambers — found that their small business owner-members in the city want reduced taxes.

Of those polled, 49% of business owners said the most burdensome is the city’s Business Income & Receipts Tax, or BIRT; 21% said the wage tax, and 15% said the net profits tax is most burdensome. More than two-thirds — or 68% — of respondents in their latest survey have five or fewer employees and 82% have sales of less than $1 million annually.

Together the group of chambers is lobbying City Council’s tax reform task force and “together we hope to have a deeper impact and give small business more of a voice in the circles that matter,” said Rodriguez.

Demographics point to increasing influence among Latino populations in the city and state, said Michael Jones-Correa, chair of the political science department at the University of Pennsylvania.

Just over 1 million Latinos live in Pennsylvania, and some growth has taken place along what’s known as the “222 Latino corridor” — cities along Route 222 such as Allentown, Bethlehem, and Lancaster.

Many are younger people, born in the U.S. but not politically active, or part of a significant portion of the demographic that is undocumented and avoids speaking out in the business and political arena, he added.

In Philadelphia, the Northeast section of the city has the largest concentration of Latinos: natives of Puerto Rico, who are U.S. citizens, others immigrants from Mexico, and Central and South America.

“The Northeast and Oxford Circle are increasingly diverse, as is South Philadelphia,” with growing populations of Latinos and Southeast Asians, he said. Philly’s non-Hispanic white populations dropped over the last decade, he said.

“The population is a young population. The real growth among Latinos in the U.S. is in our youth. Every year, there are about 800,000 and 900,000 young Latinos who turn 18. They’re becoming voters but it takes a long time for them to engage in politics,” Jones-Correa said.

In Philadelphia in particular, “a large part of growth is among Puerto Ricans. … They come to the city and could register to vote here, but often don’t. The politics of the island to here is not entirely smooth, and we forget we need outreach to those voters as well.”

“Working from home was not an option for 84% of Latinos,” said Rhett Buttle, founder of Public Private Strategies consulting firm and a senior fellow at the Aspen Institute.

According to the U.S. Hispanic Chamber 2020 annual report, Latino business owners suffered from lack of access to capital during the pandemic, with their PPP loans approved at 50% of the rate of white owners.

Currently, “some very small Hispanic-owned business owners still lack confidence in their ability to access capital,” he said, citing data from 29% of respondents surveyed by the U.S. Hispanic Chamber, with 2020 revenues of up to $250,000 annually.