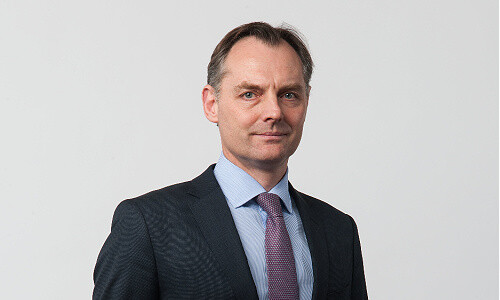 Conditions for private markets, which started to take off in the 1990s, are now better than they have ever been, Nicolas Faller writes in his essay for finews.first.

This article is published on finews.first, a forum for authors specialized in economic and financial topics.

We call them «private» as opposed to the «public» markets in which listed, liquid assets are traded. Private assets are illiquid by their nature and mainly comprise private equity, private debt, real estate, and investments intangible assets and infrastructure.

According to Prequin, the market is currently worth 72 billion euros in Switzerland, and it has historically been supported by various cyclical and secular factors. In particular, these include new regulations introduced after the 2008 financial crisis. For large financial institutions, tougher prudential standards regarding the amount of capital they must hold, and their liquidity ratios have forced them to reduce their corporate finance activities, and companies have therefore had to find other sources of liquidity.

Although tech unicorns account for only part of the huge pool of companies seeking private capital, they provide a good example. Goldman Sachs recently found 392 unicorns, i.e. unlisted companies that have achieved valuations of over $1 billion with the support of private financing alone. In 2006, there were only three.

Bond yields have almost evaporated, prompting investors to take a greater interest in the potential remuneration offered by private markets. As an alternative to large-scale investments in emerging-market debt or high-yield bonds, with the higher volatility they entail, private assets compare well.

Their illiquidity premium – the additional return received by investors in return for being unable to sell their assets immediately – has not diminished. That premium lies between around 2.5 percent for private debt and over 4 percent for private equity, for example these are very attractive numbers in the current era of very low interest rates.

In their quest to achieve the best risk/return profile, investors have spotted this, which has resulted in large amounts of money flowing into private markets. The trend is likely to continue. The global economy does not look capable of withstanding large-scale or rapid rate hikes by central banks.

In addition, governments have taken on a lot of debt to counter the recessionary impact of the pandemic and cannot allow their debt servicing costs to rise too much. Unless inflation surges, therefore, bond yields are set to remain low for a long time to come.

Another benefit of these illiquid assets is that they generally do not have to be marked to market, which means that investors do not have to recognize capital losses in their year-end accounts if assets fall temporarily in value.

For private clients, private assets, particularly real estate and infrastructure, offer an alternative to low-yielding bonds, but also real protection against stock market volatility – such as that which appeared at the start of the Covid-19 crisis – and against inflation.

«A recent regulatory change has removed some of that limitation»

Yet private markets still make up a relatively small proportion of asset allocations in Switzerland. Regulations limit alternative investments by Swiss pension institutions. However, a recent regulatory change, prompted by the need for private financing to support the energy transition, has removed some of that limitation.

Following the latest amendments to the Swiss occupational pension plan ordinance (OPP2), pension institutions can now make direct investments in infrastructure, which can account for up to 10 percent of their assets.

This includes energy, mobility, supply-chain and healthcare infrastructure. The aim is to enable pension funds and other pension institutions to invest more money in environmentally sustainable projects in Switzerland or abroad.

As a result, although private equity currently accounts for a third of private market inflows, infrastructure investments are now likely to see the strongest growth. In its most recent report on Europe, Preqin found that assets under management in the infrastructure segment rose 30 percent in 2020.

This increase was driven by considerable expenditure related to the post-Covid recovery and by the transition to a more sustainable and socially just world: the G20 estimates the overall amount of infrastructure investment required at $3,700 billion.

Private markets are set to play a major role in this effort, and the recent regulatory changes mean that they are highly likely to see a sustained increase in investor attention.