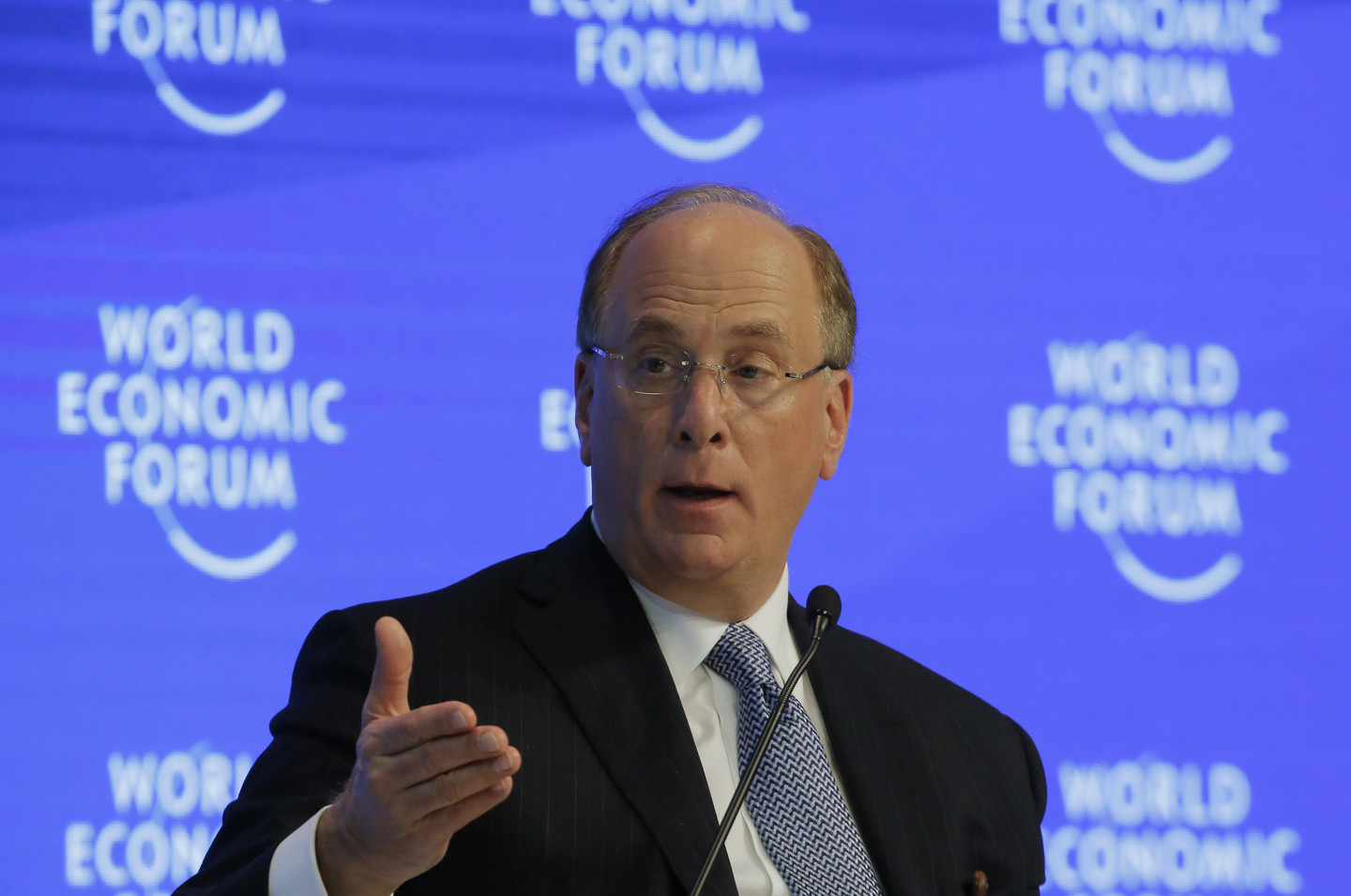 Price rises – they keep on coming. Even before the recent surge in energy prices, companies had been warning about inflationary pressures in their supply chains. At the end of June, General Mills reported that it was facing cost increases of 7% and that it was raising the price of most of its grocery products. “No one wants to increase prices, but we’ve had to,” CEO Jeff Harmening said. Three weeks later, Unilever warned of a hit to profit margins as the price of palm oil, crude oil, and soybean oil had all risen sharply, sending its shares down 5%. A week later, it was Proctor & Gamble’s turn, warning that higher commodity and freight costs would lop $1.9bn off current-year earnings.

Three years ago, the Intergovernmental Panel on Climate Change (IPCC) warned that climate policies could push up food prices. With bioenergy planned to be a major contributor of primary energy, land-use policies favoring bioenergy can “compete with food production and hence raise food security concerns,” the IPCC said in its 1.5°C special report. Palm oil, used widely in food production and in cosmetics and soaps, accounts for the largest share of global vegetable oil output. Already, 5% of global output is used as biofuels. In Germany, more palm oil is used as bioenergy than in food production, and two-thirds of palm oil imported by the EU goes into bioenergy production. “A push towards increased biofuel consumption has been driving this,” note Our World in Data analysts Hannah Ritchie and Max Roser. In turn, the growth in demand for palm oil is, they say, a “significant driver” of tropical deforestation in Southeast Asia.

Government climate policies, such as biofuel mandates, help drive up the cost of energy and food. So do non-commercial decisions made by business and Wall Street. In his 1970 essay on the social responsibility of business, Milton Friedman wrote that when a corporate executive makes expenditures on pollution reduction beyond what’s in the best interests of the corporation or required by law, that executive is, in effect, imposing taxes and deciding how the tax proceeds should be spent. In their critique of the doctrine of stakeholderism as propounded by the Business Roundtable in its August 2019 statement of corporate purpose, Harvard Law School’s Lucian Bebchuk and Roberto Tallarita note the Roundtable’s denial of the reality that the interests of shareholders and stakeholders can clash. Freeing directors from shareholder accountability puts directors in the position of adjudicating these trade-offs and elevates them to the role of social planner – “the ideal benevolent entity conjured up by economists to model socially optimal outcomes.”

In practice, when trade-offs involving climate materialize, they favor E for environment at the expense of S for social – also for stakeholders, such as customers, suppliers, and employees – and of G for governance, representing shareholders. This tendency is reinforced by large institutional investors, such as the Big Three index-tracker providers and state pension funds, which press companies to adopt net-zero emissions targets. Decarbonization incurs costs, either through replacing lowest-cost energy with costlier sources or, failing that, mandating the purchase of carbon offsets. These costs do not improve shareholder returns; neither do they benefit customers, suppliers, or employees. S and G lose out – as does the economy.

The realization that pushing trade-offs toward E has negative economic consequences is starting to percolate. “ESG is very inflationary to be honest with you,” Jeffrey Ubben, the activist investor recently appointed to the board of ExxonMobil and a board member of WWF, said in a recent interview. In similar vein, BlackRock’s Larry Fink, chief executive of the world’s biggest asset manager, warned, “If we rush this and if our solution is entirely just to get a green world, we’re going to have much higher inflation, because we do not have the technology to do all this yet to have it equivalent to the cheapness of hydrocarbons.” Fink might have added that aggressive decarbonization could also trigger a depression.

Jeff Currie, head of global commodities at Goldman Sachs, sees the post-Covid surge in energy prices in the context of a decade-long under-investment in the “old economy,” and poor returns on invested capital redirecting capital to short-cycle, new-economy investments. The outcome is over-investment in the new economy, while the old economy – gas, coal, oil, metals, mining, trucking – is starved of capital. To get capital flowing to them again requires higher returns and higher prices. ESG means, Currie says, that “the hurdle is rising and rising” – in other words, expect even higher price hikes.

That process still has a ways to run. According to an October Bloomberg report, upstream oil and gas projects are losing favor as European banks drop clients that pose climate risk to avoid potentially higher capital requirements from bank regulators. Banks are raising prices, denying loan requests, and “de-selecting industries and in some cases clients,” Jacob Gyntelberg of the European Banking Authority told Bloomberg. While ESG creates losers among workers and consumers, the ESG climate squeeze creates winners, as savvy Wall Street investors position themselves on both sides of the trade. BlackRock charges a multiple of the fees for its ESG-branded products compared to its plain vanilla ones. At the same time, BlackRock is the second-largest investor in Thungela Resources, the coal miner spun off from Anglo-American. Its shares are up over 210% this year.

Central bankers assure us that the rise in inflation is transitory, but the transition to net-zero has at least another 29 years to run. Central banks and financial regulators such as the Securities and Exchange Commission (SEC) now stand at the forefront of pushing ESG and climate-risk disclosures, adding their heft to the inflationary process that Currie describes. Central bankers once saw their job as taking away the punch bowl just as the party gets going. Their modern-day successors like to party as if there’s no tomorrow; they can’t get enough of the renewable green Kool-Aid. The green swan, published last year by the Banque de France and the Bank for International Settlements, argues that setting interest rates near to or below zero “is probably the greatest contribution from central banks to governments’ capability to play their role in combating climate change.” Green-flation is not a danger, says Yannis Stournaras, governor of Greece’s central bank, “because we know that clean forms of energy are cheaper than fossil fuels.” Perhaps the wind blows 100% of the time in Greece, but the rest of Europe is experiencing the high cost of relying on the weather to generate energy.

Rather than acting directly to curb demand for hydrocarbon energy and risk voter pushback, governments prefer to let others do their work for them. ESG thus becomes a perfect vehicle with which to pursue climate policies by other means. In doing so, it throws up a mass of contradictions, not least the sacrifice of S and G for E. It sees Wall Street, central banks, and financial regulators creating a parallel jurisdictional universe to enforce net-zero targets on publicly traded companies and trying to direct capital flows away from sectors that keep the lights on, thus giving an extra twist to the inflation spiral. It’s not even clear that prioritizing E benefits the climate. According to the Our World in Data authors, thanks to deforestation, greenhouse gas emissions from using palm oil as biofuel are higher than those caused by using gasoline. There will be much ruin before these contradictions are unraveled – and understood.

Rupert Darwall is a senior fellow at RealClearFoundation, researching issues from international climate agreements to the integration of environmental, social, and governance (ESG) goals in corporate governance. He has also written extensively for publications on both sides of the Atlantic, including The Spectator, Wall Street Journal, National Review, and Daily Telegraph.