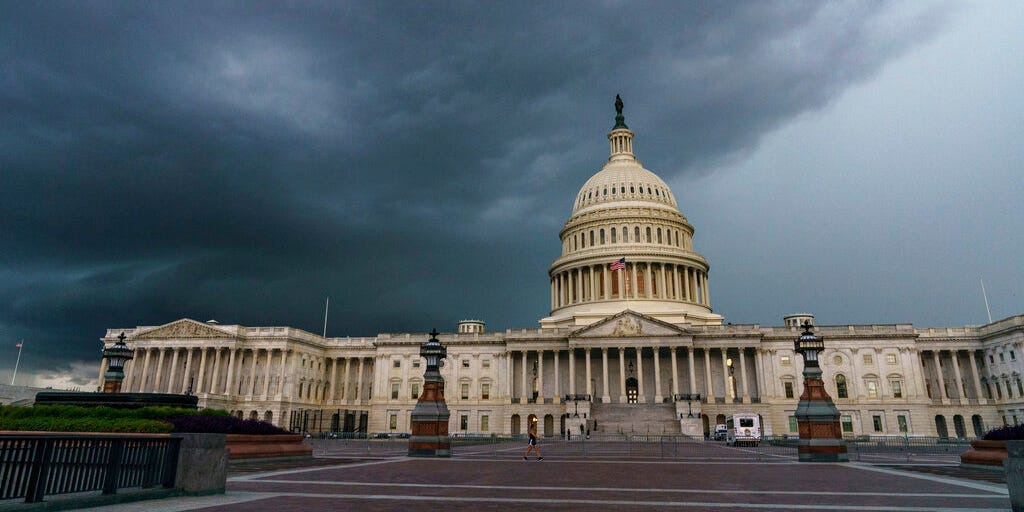 Congress has mostly given up on passing another stimulus bill before the US presidential election, and Goldman Sachs sees the lack of fresh aid dragging on fourth-quarter growth.

Economists led by Jan Hatzius lowered their fourth-quarter gross domestic product forecast to 3% from 6% on a quarter-over-quarter basis after incorporating the lack of a near-term relief package into their base case. The bank expects the withdrawal of stimulus programs to pull households’ disposable income back to pre-pandemic levels and weigh on consumer spending through the end of 2020.

Continued job growth will lift private income, but gains will be overshadowed by the drop in stimulus support, the team said in a note to clients. The updated forecast arrived before weekly jobless claims data published Thursday showed continued pain in the labor market. Filings for unemployment benefits climbed to 870,000 for the week ended Saturday, landing above the 840,000 filing estimate.

Read more: A Wall Street expert breaks down why these are the best 6 stocks to own for a second coronavirus wave in addition to the FAANMGs

The economists previously expected Congress to pass a $1 trillion stimulus package by the end of September that would include another expansion of unemployment benefits and additional funds for the Paycheck Protection Program.

Those hopes have since been dashed as legislators shift their focus to the filling the Supreme Court vacancy and avoiding a government shutdown. Goldman now sees stimulus being passed in early 2021, if at all.

Some of the economic growth set to be lost in the fourth quarter will bleed into the new year, according to the team. Goldman raised its GDP forecast for the second quarter of 2021 to 7% from 6% on a quarter-over-quarter basis. Estimates for the third and fourth quarters of 2021 were lifted to 4.5% and 3.5%, respectively.

“We are more confident that widespread distribution of a vaccine to the full population will be achieved by Q2 rather than Q1 of next year,” the team wrote, citing a report from The Washington Post revealing stricter regulatory standards for approving a vaccine.

Other Wall Street giants recently incorporated a lack of new stimulus into their growth forecasts. Bank of America lowered its fourth-quarter growth estimate to 3% from 5% in early September, calling stalled negotiations a “speed bump” for the US economic recovery.

“As evident in prior rounds of stimulus, bipartisan cooperation is critical. And with the 2020 presidential election less than two months away, partisanship is only growing,” the bank’s economists wrote in a note.

Read more: A Wall Street expert explains why the market’s ongoing turbulence could end within 2 weeks — and pinpoints 3 stocks to grab cheaper now as big investors buy the dip