Surviving and thriving thanks to brotherly love  KSDK.com

ST. LOUIS — Sometimes, the biggest win for a coach comes off the court.

That would certainly be true for the very straight forward Darron Lowe.

“I would say he’s the guy that you, you want to call when you want to hear the real deal,” said his brother Charles Lowe.

But now, instead of candor, they talk about his courage.

The former Lutheran North star player-turned-coach had to give up his whistle after getting sick in 2018.

“I was starting to notice from blurred vision from equilibrium issues from headaches from constant hiccups and I just thought it was me just getting old,” Darron told 5 On Your Side.

But a routine drive to Urgent Care turned into an emergency flight to Barnes-Jewish Hospital. Doctors revealed to Lowe that he had a brain tumor.

“So, they’re like we don’t understand how you’re even up and around and that you haven’t had a stroke or brain aneurysm,” Darron recalled.

He was still in shock when he was wheeled into an operating room for what turned out to be a 10-hour lifesaving surgery.

“Every family member, colleague, friend was praying for me during those 10 hours,” he said.

And this is a family that knows something about being tested.

“By the time I was a senior in High School, he was graduating college. And so that really motivated me,” said Charles.

He was working a secondary job in 2015 when he noticed a suspicious car in the Central West End.

“Five minutes later this car pulls up, blocks me in. A shootout occurs and these guys take off,” remembered Charles. “My vest took the brunt of the round and ultimately saved my life.”

The gunmen were arrested and convicted.

But during the trial, Charles would be in court during the day and then rush over to the hospital at night.

“Just to be there. I didn’t want to miss anything,” said Charles.

Two years later, Darron is far down the road to recovery.

“Hard work every day,” he said. “From physical therapy, occupational therapy, vision therapy, speech therapy where literally I was learning to walk, talk and think again.”

And in addition to a new job as a vice-president of Wells Fargo Consumer Credit Solutions, he’s on the board of the “We Raise Foundation.”

“We do work around poverty balance and inequality,” said Darron.

While his brother helped start “Project HURT,” which supports police officers injured in the line of duty.

“He’s my hero,” Darron said. “I mean, he was a person that you know kept me smiling and kept me laughing.”

“For me, I’ve always looked up to him,” said Charles. “He’s always been my hero to lay the path of where I needed to go”

“It makes it so much easier to recover,” said Darron.

RELATED: Disabled vet calls police when the power goes out and finds a friend 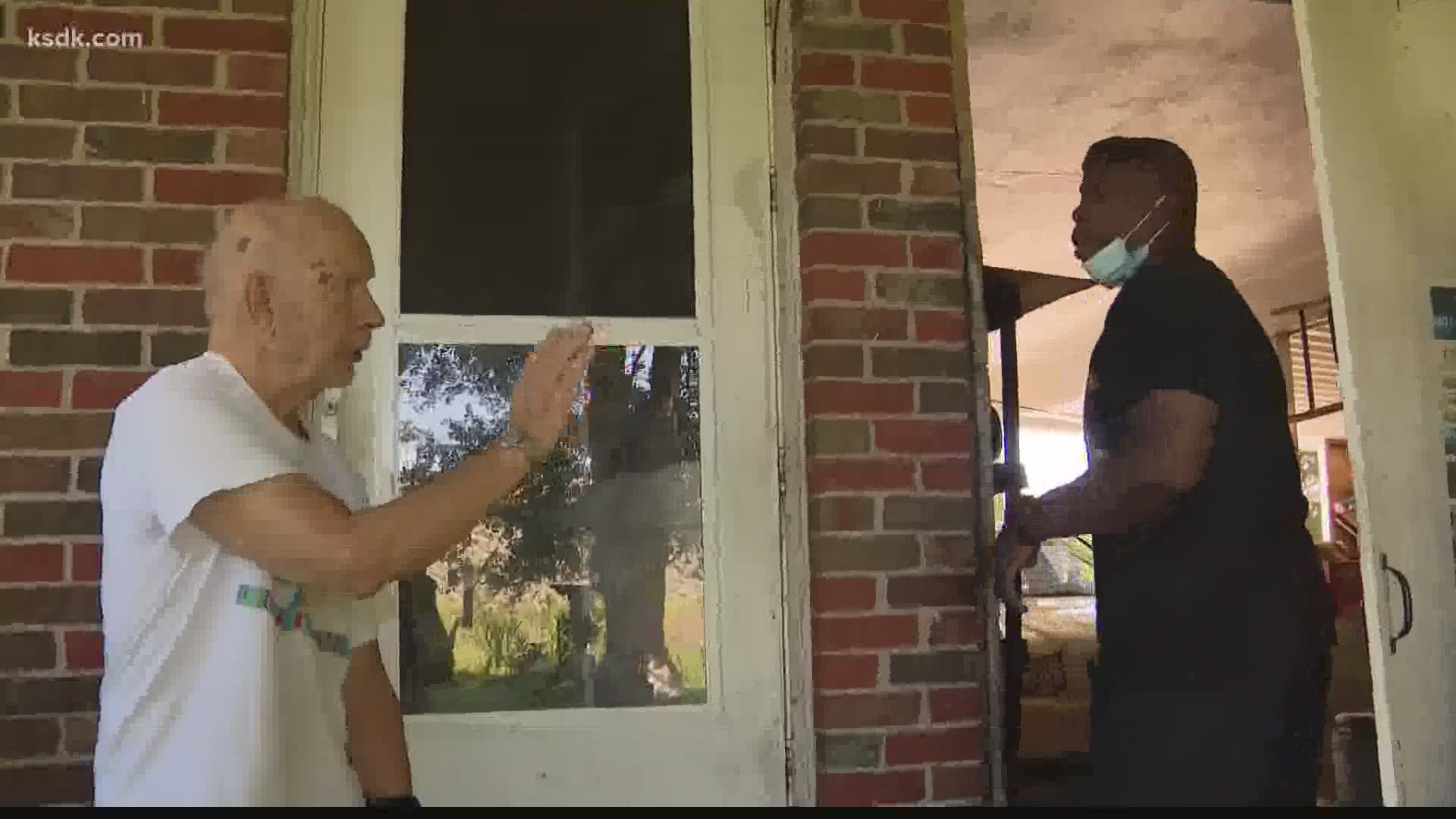