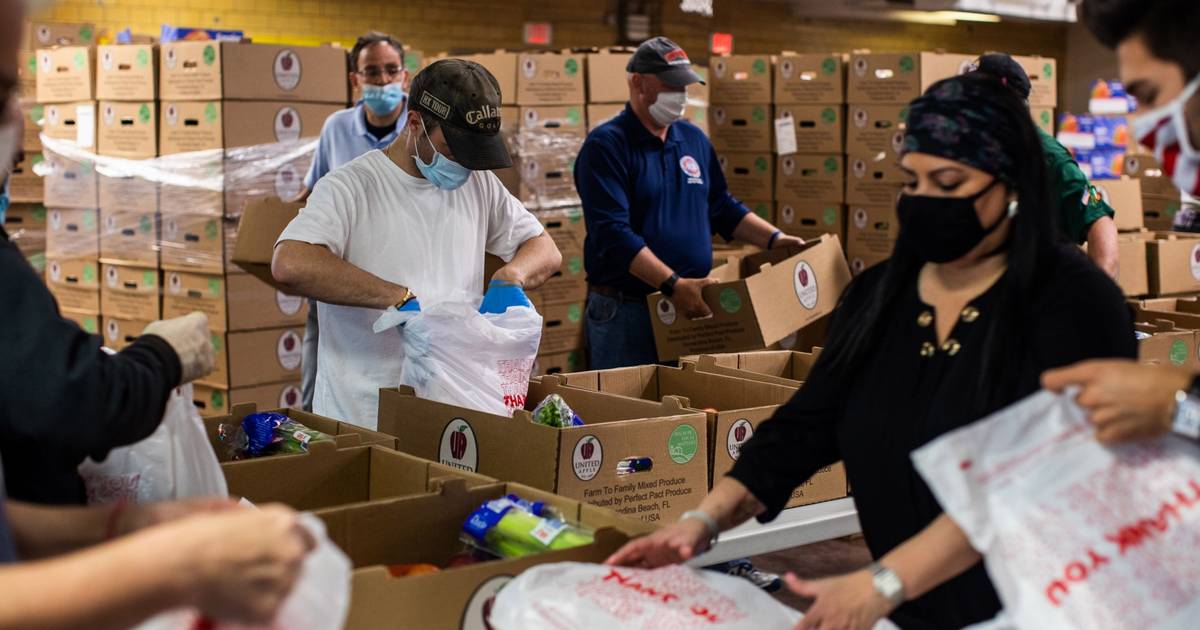 Billionaires are getting a clear message from nonprofits, lawmakers and even other billionaires: Many of you already got tax breaks for giving away your money. Now, amid the pandemic and recession, it’s time to ensure cash actually gets to charities quickly.

For the past several years, wealthy Americans have poured billions of dollars into donor-advised funds, or DAFs, vehicles that have grown popular because they’re so flexible. Givers get an immediate tax break, which can equal 57 cents or more of every donated dollar, but they have unlimited time to decide where the money should go.

Many nonprofits worry the surge of money into DAFs has cost them in recent years as total giving by individuals has stagnated. Some lawmakers seem to agree. Congress barred DAFs from taking advantage of new incentives for charitable giving included in the $2.2 trillion CARES Act approved in March. In California, state legislators proposed pushing major DAF providers to be more transparent.

Now, the pandemic is prompting more money to flow out of DAFs and into charities where it can do some good. Fidelity Charitable, the nonprofit arm of Fidelity Investments, said in late May that giving from its DAFs was 30% higher so far this year. Vanguard Charitable and Schwab Charitable both said giving increased about 50% over similar time frames from February to mid-May. Goldman Sachs Philanthropy Fund, the bank’s DAF provider, said grants rose 26% in the first five months of the year and 68% in April alone.

“It’s really important to send the message that the need is dire and that DAF holders are in a unique position to jump in,” said Vanguard Charitable President Jane Greenfield.

The providers — which are technically nonprofits themselves, though they’re affiliated with investment firms — are making specific recommendations of coronavirus-related causes while urging donors to continue supporting their usual charities.

“People are overwhelmed with choices,” said Fidelity Charitable President Pamela Norley. “We’re identifying organizations that are on the ground, helping to address the needs at scale.”

The rise in donations from DAFs is a rare bit of good news for organizations hit hard by the crisis. Countless fundraisers and galas have been canceled even as the demands on charities, from food banks to health clinics, have surged. Nonprofit leaders are haunted by memories of the last recession, when total giving fell almost 12% from 2007 to 2009, according to the Giving USA Foundation.

“We need resources to respond to Covid, and we need resources to continue the ongoing work,” said Michael Nyenhuis, chief executive officer of UNICEF USA. He urged DAF holders “to think about releasing as much of those dollars as they can.”

Some rich Americans are also pressing their peers.

David and Jennifer Risher of San Francisco launched the “#HalfMyDAF Challenge,” which provides $1.4 million in matching grants to donors who give away half the dollars in their DAFs by Sept. 30.

A former executive at Microsoft and Amazon.com, David Risher now heads Worldreader, a nonprofit that supports digital reading programs for children in developing countries. He said he’s been frustrated by the money “just kind of parked” in DAFs.

Annual giving to DAFs surged almost 50% from 2016 through 2018, bringing balances to $121 billion, according to the latest figures from the National Philanthropic Trust. The number of individual DAF accounts grew even faster in that span, more than doubling to 728,563.

Ultimately, DAF dollars are supposed to reach charitable organizations, but some have expressed concern — often privately, for fear of angering donors — about the lack of rules. Giving to DAFs made up 12.7% of all individual donations in 2018, up from 9% in 2016. But that hasn’t grown the size of the pie: Total individual giving, adjusted for inflation, was flat from 2016 through 2018.

The billions of dollars in DAFs are a flashpoint especially in the San Francisco Bay Area, where struggling nonprofits toil just miles from some of the world’s richest people. The 10,000-member California Association of Nonprofits has lobbied the state legislature for more regulation on DAFs.

Billionaire Kat Taylor said she and her husband, erstwhile presidential candidate Tom Steyer, spend down their DAFs quickly. But she suspects many of her rich peers in the Bay Area don’t even know they hold DAFs, which often are set up by financial advisers. “In some settings, it’s a tax-management tool as much as it is a charitable tool,” she said.

The Silicon Valley Community Foundation, a prime destination for tech philanthropy with $7.6 billion in DAFs at the end of 2018, said grants from its DAFs rose 51% in April from a year earlier.

Defenders of DAFs, including firms that earn fees managing charitable assets, said it’s rare for donors to let money just sit. Sometimes clients with small accounts forget about them, but Fidelity, Schwab, Vanguard and others said they contact clients and require at least something be given every few years.

It can take time for newly minted multimillionaires or billionaires to come up with a philanthropic strategy, said Schwab Charitable President Kim Laughton.” It’s quite difficult to effectively give away large amounts of money,” Laughton said. If the tax code lets them commit money to charity before they have a plan, “it’s a good thing, not a bad thing.”

Many charities are happy to work with DAF holders.

“They serve a really vital purpose for a lot of families,” said Jeremy Kraut-Ordover, vice president of individual giving at Habitat for Humanity International. “It provides a tool for people to put more thought in a longer-term philanthropic plan.”

In the past, wealthy families planning out decades of giving would establish foundations. But they come with more rules and scrutiny than DAFs. They must distribute at least 5% annually and regularly file public reports.

Roughly 20% of DAF assets go to charity each year. That’s far more than the typical foundation, but the figure lumps together donors who give quickly, using their DAFs like charitable checking accounts, and those who sit on money and let it grow indefinitely. DAF providers won’t release more detailed data, citing privacy concerns. The Rishers’ goal with #HalfMyDAF is simply to remind families that they control DAFs and that nonprofits are desperate.

“You should be giving a huge check now rather than three smaller checks over three years,” Jennifer Risher told donors. “That nonprofit might not be around in three years.”

Congress isn’t likely to go along, but lawmakers and policy experts are putting more scrutiny on the approximately $1 trillion held by charitable vehicles. Tax breaks for charity cost the U.S. Treasury more than $40 billion a year.” We need to have a better way to encourage money to come out of these funds to nonprofits that need it,” said Roger Colinvaux, a law professor at Catholic University of America in Washington, calling the CARES Act a “baby step” toward reform.

The law temporarily expands the tax deduction for charitable giving, including $300 for non-itemizing taxpayers, but makes clear that gifts to DAFs aren’t eligible for the extra incentives. That sends a “signal” that Congress has concerns about DAFs, Colinvaux said.

DAF providers said the measure discriminates against them. “It’s a concern when a public charity like a DAF is treated differently from another public charity,” Vanguard’s Greenfield said. But Boston College law professor Ray Madoff said the tax code should make even clearer distinctions.

“It’s a great tool that’s not broken, so don’t mess with it,” Schwab’s Laughton said. Setting a required payout rate could mean donors merely give at that rate, rather than the higher rates at which they’re donating now. If DAFs continue to pay out more in response to COVID-19, they could have more ammunition against critics. If the donation surge is only temporary, lawmakers would have more reason to crack down. The threat to DAFs’ unregulated status doesn’t just come from Congress. State lawmakers are also taking a look.

Buffy Wicks, a Democratic member of the California State Assembly, said she’s watching closely to see if stricter rules on DAFs might be necessary given what they cost in lost tax revenue.” Now is when donors need to be emptying out their accounts,” Wicks said. “These nonprofits have real needs. People who were living on the brink before are going to be slipping into homelessness and poverty. If you’ve been waiting for an emergency, the emergency is now.”