5 ways to support black-owned businesses: ‘It’s not rocket science — people just choose not to do it’  MarketWatch 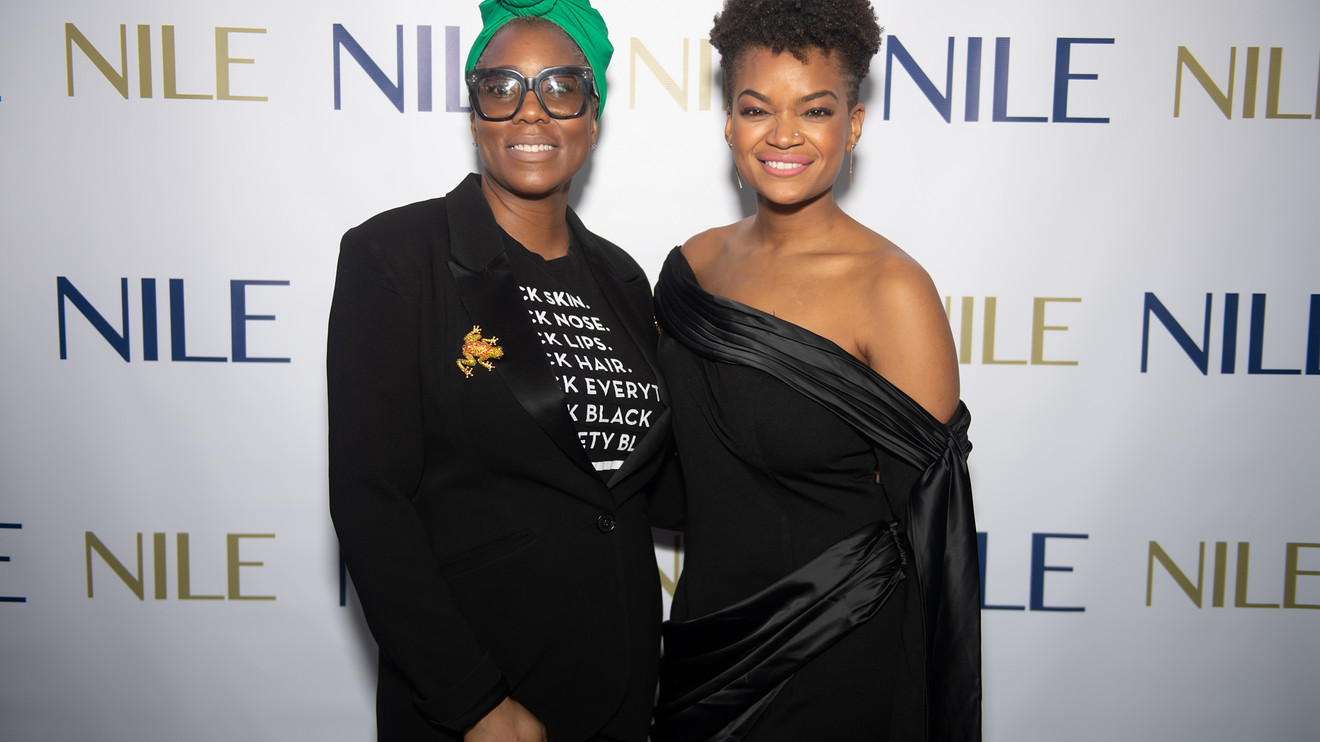 Weeks of protests over George Floyd’s killing in police custody have many Americans wondering whether this moment will lead to lasting change that finally reduces the nation’s long-standing racial disparities.

Individuals have been donating money to nonprofits and signing petitions, while corporations from Apple AAPL, +2.10% to Zappos have publicly pledged support for the Black Lives Matter movement. But there’s another way Americans can continue to address inequality over the long term: They can put their money where their mouth is and spend their cash at black-owned businesses.

“You start feeling a bit helpless in times like this — ‘What can I do? I’m only one person,’” said Khadijah Robinson, the founder of The Nile List, an online directory of black-owned businesses. “Supporting black-owned business is a small piece, but it’s something that people can do consistently, even when people are not protesting anymore.”

“It’s not going to fix everything overnight, obviously,” Robinson added. “But it’s something you can do and be a little conscientious about on a consistent basis and make a small difference.”

Here’s how consumers can support black-owned businesses — and why it’s important:

Understand the history of black-owned businesses in the U.S.

This month marked the 99th anniversary of the Tulsa, Okla. race massacre, when white rioters looted and burned the Greenwood District, a prosperous African-American area known as “Black Wall Street.” The episode is just one example of how black businesses have been targeted by either hostile individuals or government policy.

“If you pay attention to the literal campaign of terror against black Americans in this country, what you’ll see is a lot of it was carried out against black business owners or anyone who was perceived as accumulating wealth,” Robinson said.

In the 1850s, New York City used eminent domain to destroy a village of black property owners on land that later became Central Park. After emancipation, former slave owners were compensated for the loss of their free labor, while freed slaves were given no money to start new lives, despite the promise of “40 acres and a mule.” Lynching victims were often successful black business owners who posed a threat to white economic interests, a phenomenon documented by the journalist Ida B. Wells. After World War II, the GI Bill helped veterans buy homes, but black people were effectively excluded from its benefits.

“ ‘If you pay attention to the literal campaign of terror against black Americans in this country, what you’ll see is a lot of it was carried out against black business owners or anyone who was perceived as accumulating wealth.’ ”

Time and again, opportunities for black Americans to build wealth have been thwarted, said Kathryn Orr, the director of entrepreneurship at the National Community Reinvestment Coalition. “There have been concerted efforts to make it more difficult,” Orr said.

Speaking of the period after emancipation, she said, “Had that wealth started then and built and become generational wealth, then things would be easier for people starting businesses now. Generational wealth creates more and more and more and without that, it makes it very difficult to compete at that same level. If your grandparents have owned homes and businesses, you have more experience, better connections, and a stronger safety net.”

Black women business owners are the fastest-growing group of entrepreneurs in the U.S., according to a 2019 report by American Express. But they face an uphill battle: They’re more likely to rely on credit cards and personal savings rather than outside investors to start their businesses, and more likely than their white counterparts to be denied a bank loan, according to the U.S. Department of Commerce’s Minority Business Development Agency.

The hurdles that black business owners face with lenders can be more subtle than outright denial of loans, Orr noted. In a “mystery shopper” experiment in which the NCRC sent men and women of different races -— but with similar credit profiles — to apply for small business loans at 32 different banks, white borrowers consistently received better customer service than black and Hispanic borrowers. Bank staff were 18% more likely to introduce themselves to white borrowers, for example.

In one instance, a white female tester “received about 22 minutes of face time with a banker who introduced herself by name, asked her about her needs and took down the general information about her business,” the NCRC found. Bank personnel guided the white female tester through calling the bank’s “business direct center” and gave her a private room where she could speak to the center’s representative. Meanwhile, bank staff told the black female tester that the branch did not have a business specialist, and suggested she visit another branch.

Unequal treatment is so common, Orr said, that many black business owners don’t even consider getting a bank loan to start their business. “The stats are so bad that it’s not worth the risk to try,” she said. “It really is pulling yourself up by your bootstraps — you build your boot and you do it yourself.”

“Here was an opportunity for the U.S. to once again help us reset some of the ways racism operates in our society, and we swung and missed again,” said Rashawn Ray, a sociology professor at the University of Maryland and a fellow at the Brookings Institution, a center-left think tank.

Since the protests over Floyd’s killing, crowd-sourced lists of black-owned businesses — including candlemakers, goth clothing brands and doughnut shops — have been circulating on Twitter TWTR, -0.59% and Instagram FB, +0.29%. Local business groups such as the Washington D.C. Economic Partnership and the Central Ohio African-American Chamber of Commerce also maintain lists of black-owned businesses.

There are also apps, such as EatOkra for black-owned restaurants, and websites like We Buy Black and Official Black Wall Street. One of the newest tools for finding black-owned businesses is The Nile List, which went live in March. Robinson, a 31-year-old lawyer who specializes in international trade issues, created the site with the millennial consumer in mind.

All of the businesses on The Nile List sell their products online, and users can filter results to find businesses that are LGBTQ-owned, vegan or cruelty-free. Robinson vets businesses to make sure the owners really are black, and keeps an eye out for “blackfishing,” when businesses market to black consumers on the false premise that they’re black-owned.

Some of America’s biggest companies have promised to either “support” or directly spend money at black-owned businesses. Hyatt Hotels H, -0.56% said this week that it would expand “purchasing with minority-owned businesses, and especially those that are Black-owned.” Bank of America BAC, -1.76% announced a $1 billion “economic opportunity initiative” that will include funding for lenders that focus on low-income communities and minority-owned banks, a spokeswoman said. The beauty chain Sephora LVMH, -0.42% signed the 15% Pledge, a campaign asking retailers to devote 15% of their shelf space to black-owned brands.

But companies’ public displays are “hollow,” Ray said, unless they’re backed up by measurable actions. “I want to see an action plan for diversifying your workforce, diversifying your upper management, and using black-owned businesses as contractors,” he said.

Harry Alford, co-founder of humble ventures, a venture development firm focused on “diverse founders,” says there’s a strong business case for companies to follow through on these promises. The U.S. will be “majority-minority” in about 20 years, he said.

“It just makes the most financial sense to not only make more diverse hires, but to also start tapping new consumer groups,” Alford told MarketWatch. “If you have the same people from the same background at the table, no one is going to go unchallenged and there are also going to be innovation blind spots. A lot of these tech companies don’t represent how the world looks right now. They’re leaving money on the table.”

Choose to change your habits as a consumer

Want to make an event out of it? Attend a black business crawl. The digital platform Official Black Wall Street has previously hosted black business crawls where attendees visit brick-and-mortar black-owned businesses in certain cities during the holiday shopping season. This year’s plans for a crawl are up in the air because of COVID-19, a spokeswoman said. But Official Black Wall Street is planning a 30-day “Buy Black Challenge” starting on Juneteenth (June 19).

“The way I think about change is that we all play a role in it,” Ray said. “There are things that people can do and often times they know the things they can do, they just have chosen not to do it. That’s what’s key, to put your money where your mouth is. … It’s not rocket science — people just choose not to do it.”