Looking to dive back into the labor pool? TD Bank may be interested in making you a commercial banker.

The U.S. arm of Toronto-Dominion Bank is seeking out former banking or other professionals who have taken a career break of at least two years, perhaps to raise a child or care for an aging relative. Beginning early next year, the $305 billion-asset TD will enroll qualified candidates in a 16-week program to train them for jobs in its commercial bank.

Chris Giamo, head of commercial banking, said the program was initially conceived of as a diversity and inclusion effort, but the business case for hiring returning workers quickly became clear.

“When banks are recruiting on their own or using other sources, they are historically looking for people who are currently gainfully employed or don’t have large gaps in their resumes,” he said. “But there are very skilled people out there who just haven’t been in the workforce for a number of years. They still have strong core skills, and these skills are applicable to today’s business.” 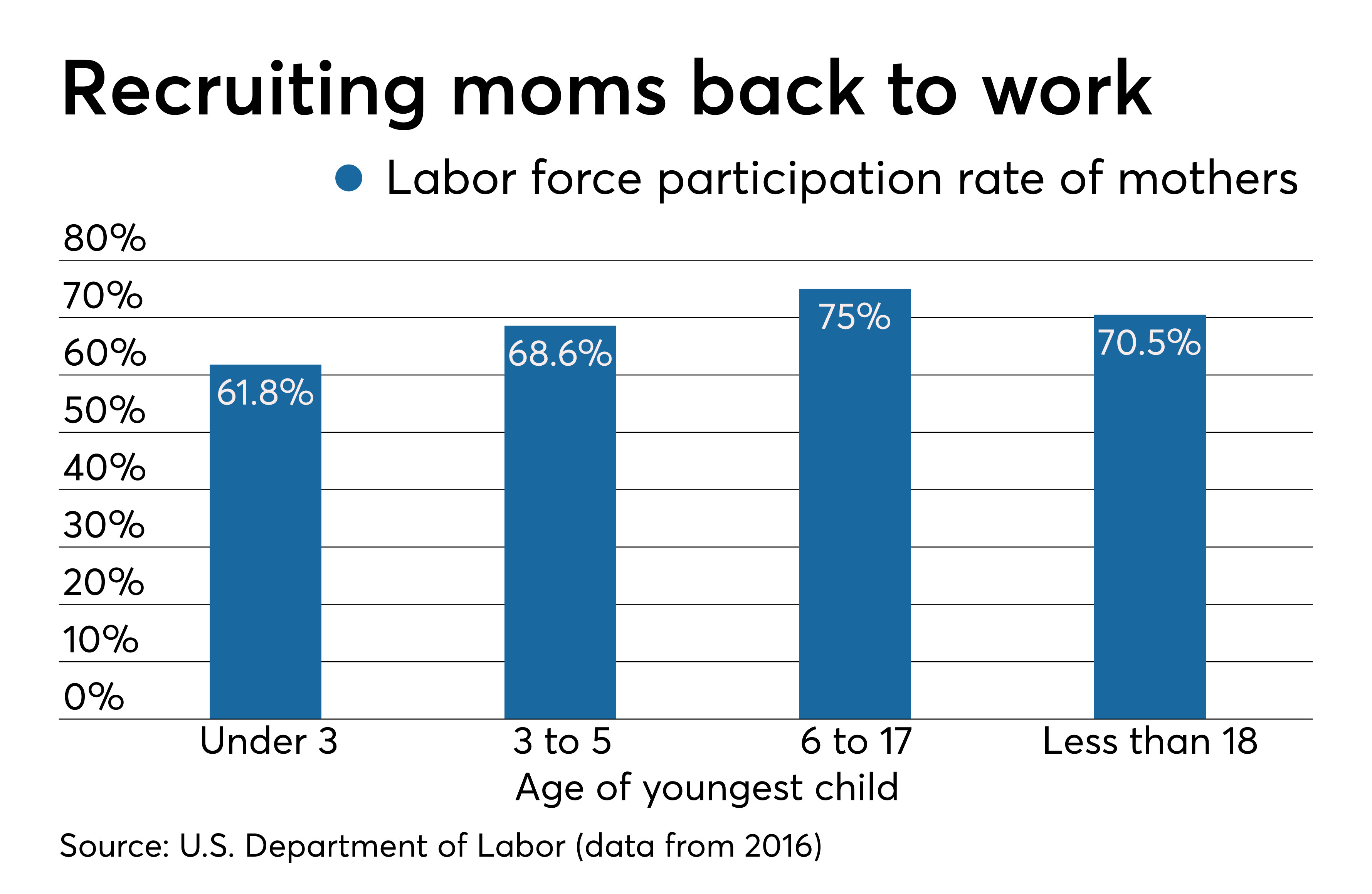 Demand for talent has been a challenge for the banking industry broadly, and commercial bankers can be especially tough to come by. Once upon a time, banks enrolled droves of college grads into in-house credit training programs, but recessions, consolidation and cost-cutting measures have eaten away at many of those programs over the years.

The result is a generation of commercial bankers looking forward to retirement sometime in the next decade and a shortage of talent to replace them. A tight labor market has only added to the challenges — the August unemployment rate hovered around 3.7%, near a 50-year low.

TD’s new program is one example of a bank getting creative — specifically by looking at a nontraditional labor pool — in cultivating and retaining talent. In another example, BOK Financial in Tulsa, Okla., expanded an internal training program to include midcareer professionals who want to try a new role rather than leave the bank.

“There’s a general tendency for employers to want to find the plug-and-play solution, somebody who’s able to do that job and hit the ground running with no blips on the radar or challenges,” he said. “Even when our clients look to other sectors” — for example, hiring an information technology professional from another industry — “there’s always that concern that it’s not as plug-and-play.”

Still, recruiters say it is important for banks to think outside the box when it comes to hiring. Cameron Boyd, a partner with the search firm Smith & Wilkinson in Scarborough, Maine, called the concept behind TD’s program “fantastic.”

“I think there’s tremendous opportunity to train veterans, moms and dads returning to the workforce after child care responsibilities, or … later-career professionals who may have had elderly parents to care for or even retired from a different career,” he said.

TD partnered with iRelaunch, a Boston-based career re-entry firm, to develop the program, which will run for 16 weeks beginning in January. Giamo said that TD Bank plans to enroll about 10 people into the first group, which whose training will occur in New York City.

The program that TD Bank developed along with iRelaunch resembles a paid internship for adults re-entering the workforce. It will run on a full-time, nine-to-five basis and consist of a mix of classroom learning, webinars, coaching and mentoring, and on-the-job experience, Giamo said.

Some of the training would be tailored to a candidate’s background. For example, someone who had been an underwriter five or six years ago might be given a refresher course about the newer systems and technologies the bank uses, Giamo said. The basic idea is to help those candidates transition back into the workforce, refresh their skills and figure out where they would best fit into the organization.

If the first round goes well, TD will almost certainly expand the program to other geographies or business lines at the bank, he said.

It began when a work group was tasked with coming up with new ways to advance its diversity initiatives, Giamo said. That is how the group learned about other companies’ career re-entry programs and ultimately connected with iRelaunch.

Though iRelaunch has worked with a number of big banks since 2008, the firm has seen greater interest in career re-entry programs by all kinds of companies over the past three years, said chair and co-founder Carol Fishman Cohen.

Her firm helps companies design re-entry programs for people who have been out of the workforce for any number of reasons. She said that iRelaunch also teaches managers and recruiters how to talk with candidates about gaps in their resumes and how to view those experiences outside of the workforce as relevant to the job.

Often companies will initially create a re-entry program as part of a broader diversity effort, but they are sold on its merits when they see the quality of people they get, Cohen said. And, she adds that so-called relaunchers have some great attributes.

“They’re educated, they have great work experience, they have a mature perspective, they’re not trying to find themselves at an employer’s expense, they’re at a very stable life stage,” she said. “They have an energy and enthusiasm about returning to work precisely because they’ve been away from it for a while.”