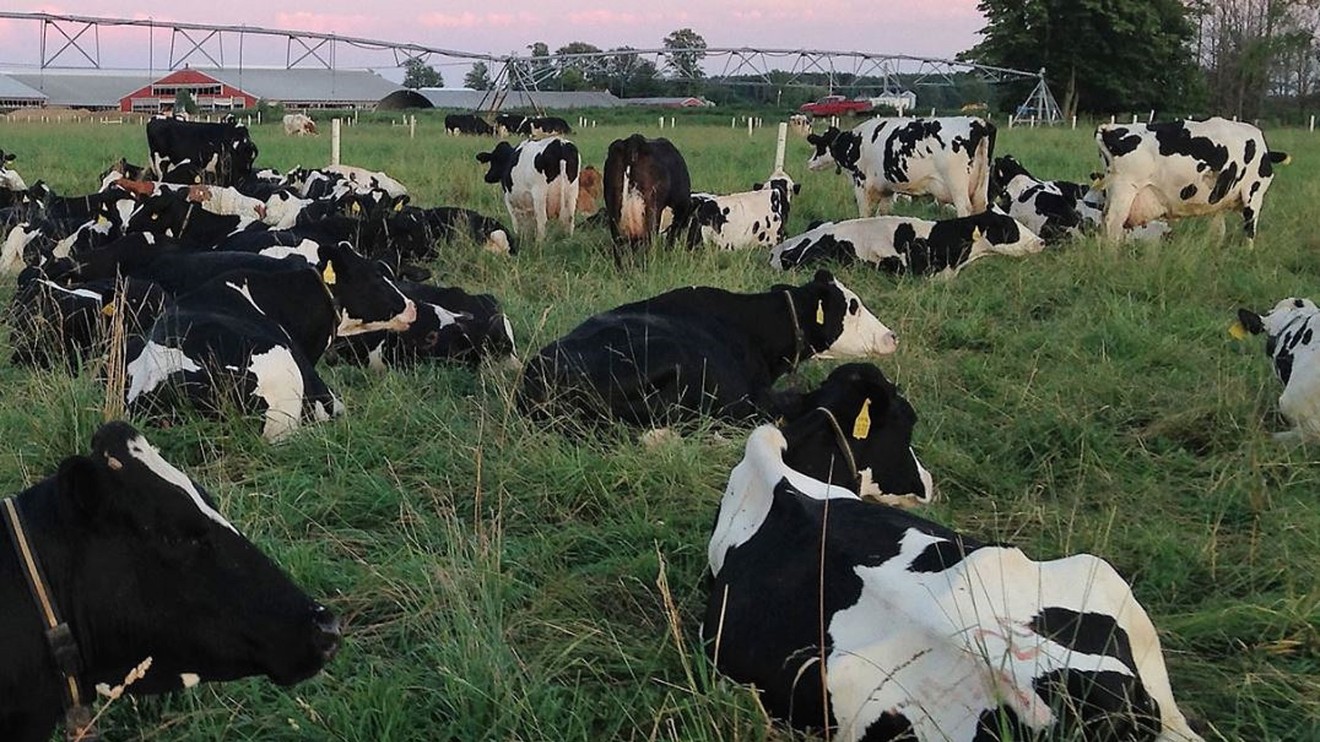 Danone’s Horizon Organic milk has committed to be carbon-positive across its supply chain in just five years, the company announced Tuesday.

Horizon, ranked as the world’s largest USDA certified organic dairy brand, believes it would be the first U.S. dairy brand to reach this milestone if achieved, telling MarketWatch that the ambitious initiative is meant to shake up industry standards in emissions-prone agriculture.

“We know what is at stake. It’s a bold challenge,” said Mariano Lozano, CEO of Danone North America. France-based Danone BN, +0.36% is also behind Dannon yogurt, Activia and Evian bottled water. Danone North America bought Horizon as part of a deal with WhiteWave Foods in 2017.

Carbon-positive means that a company goes beyond net-zero emissions to actually remove and offset additional emissions from entering the atmosphere. Net-zero and other emissions plans were laid out recently by Microsoft MSFT, +1.45% and others in a flurry of such commitments.

Lozano said the company is “bullish on the upstream” or the ability of its production at the farm level to work toward the goal with soil initiatives and other practices. About two-thirds of emissions from Horizon can be tracked to its upstream or farm production and one-third off farm, such as packaging and distribution. The company intends for 100% of its beverage cartons to be certified by the Forest Stewardship Council by the end of 2020.

If pursuing the carbon-positive plan all the way from farm to table “makes us nervous, it’s a good feeling. That’s an indication of how bold we are in this commitment,” Lozano said. The company said it will use an independent panel to assess its results.

Lozano said that distribution, including the often most-expensive and emissions-prone “last mile” of delivery from transport hubs to homes, will be the challenging portion of the initiative. Grocery giant Amazon AMZN, +0.87% for instance has taken heat from environmental interests on its same-day delivery, sometimes splitting orders between single packages and multiple trips. It too has vowed to be a greater environmental steward with a pledge to be carbon neutral in just 10 years, although not without criticism its efforts don’t go far enough given its size. Plans include a renewable fuel-powered fleet, among other steps. Amazon on Tuesday announced increased facilities that cut the need for aircraft transport and the distance traveled from the facility to a customer’s door.

Horizon Organic milk comes from more than 600 certified organic family farms across U.S. 22 states. Family farms range in size, but the average herd size is about 90 cows, according to company data. Overall, the U.S. cattle milk industry rings in at $35.5 billion; Horizon sales data for 2019 was not immediately available.

Danone North America in 2006 joined B Corp, a sustainable business certification launched in the U.S., where its efforts are scored. Horizon, meanwhile, has received lower rankings among organic producers on sites such as nonprofit Cornucopia, which advocates for family farms and challenged Horizon’s pasture-time claims. Horizon claims the herds of its partner farms graze on organic pastures at least 120 days a year. The animals eat non-GMO and organic hay and feed with about 30% of herd intake from grazing.

Read:Can Starbucks save the planet by cutting dairy? Activists and investors respond

Among the details announced Tuesday, Horizon will create a $15 million Horizon Farmer Investment Fund to support its farmers, some of whom are facing all-time high debt, with low- and no-cost loans for capital, training, technology and tools for sustainable practices.

And, Horizon plans partnerships in the generation of new renewable energy sources through purchase power agreements for use on its partner farms.

Parent company Danone last week announced an additional line in reporting its earnings. It will include a new carbon-adjusted earnings-per-share metric. In the latest annual figures, the company made €3.85 ($4.18) per share in 2019. The number falls to €2.39 when the cost of emissions throughout its value chain is deducted.

The effort marks a notable step by some companies to further disclose how environmental costs and risks are impacting the bottom line, an area of reporting not yet subjected to uniform regulations.

Combining an economic result with an environmental result “is a new approach but very much needed,” Lozano said of his parent company’s reporting, adding that it’s only one of a string of recent efforts, including tying executive bonuses to meeting CO2 reduction goals in the company’s Brazilian operations.