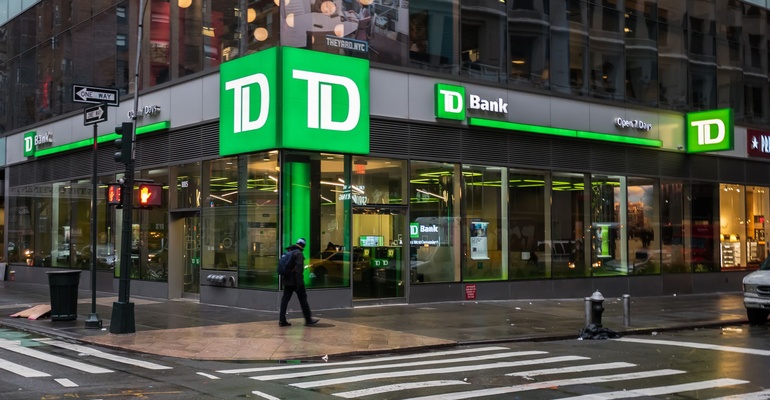 Toronto-Dominion Bank ($NYSE:TD), otherwise known as TD Bank, had its second-quarter fiscal 2020 results early this morning. You can read all about the expected loss in revenue with this press release, but suffice it to say, we predict one slightly off earnings call will not be the downfall of a long-running and well-established bank. If you want to be sure, there’s a conference call later today you can listen in on.

Bharat Masrani, Group President and CEO of TD Bank, weighed in, saying “COVID-19 has impacted the health and financial well-being of our customers and colleagues in very personal and unprecedented ways…TD entered this operating environment from a position of strength, with a high-quality balance sheet and strong liquidity and capital positions. Across our diversified business, and in every geography in which we operate, TD continues to support the banking needs of our 26 million customers.”

But what does the alternative data say about TD? It suggests that online and mobile banking will increasingly be the way to go, and that virtual banks might be onto something if these Capital One Cafe style operations don’t work out. We can’t imagine how many people would want to go to a crowded cafe anymore just to take out some cash at an ATM.

TD has been fluctuating between 75,000 and 76,000 employees, according to LinkedIn. Considering the job listings are still in the hundreds, and haven’t been set to zero like many companies over the last two months, there’s still room for growth as America and Canada slowly get back on the road to recovery from Coronavirus. Well, maybe Canada, America still has a ways to go, let’s be honest.

But while TD might still be looking for new employees, its hiring efforts have been halved since early March. Only this month has there been a slight increase to new job openings, a majority of them, 52%, were slashed once the COVID-19 outbreak hit North American shores and banks were forced to either close or adjust hours/rules.

Social media and the TD app

TD Bank reviews on the Apple App Store took off, showing thousands of people were utilizing their phones instead of going to a local branch. This should be exciting news for TD, since the average rating went up during the surge of new users.

Up until April, TD’s Instagram was getting a decent number of followers added every month. While the growth has leveled off to normal numbers now, there’s definitely a hint within the data that people were ready to move on from their local bank and just start doing things online or on their phones.

Facebook also saw a large jump in people liking and talking about TD Bank. 6,000 people immediately went to the Facebook page between March and now, meaning there were a lot of customers who wanted to know more details about bank hours and having to wear a mask.

Twitter followers also got a boost this year, taking off in March and only leveling off in late May. The surge of new followers can be attributed to people wanting more information about how their lives would be changed in any way, especially going to the bank during a pandemic or how a stimulus check would be deposited into their accounts. Which you can do using your phone now, it’s very cool.

Thinknum tracks companies using the information they post online – jobs, social and web traffic, product sales, and app ratings – and creates data sets that measure factors like hiring, revenue, and foot traffic. Data sets may not be fully comprehensive (they only account for what is available on the web), but they can be used to gauge performance factors like staffing and sales.