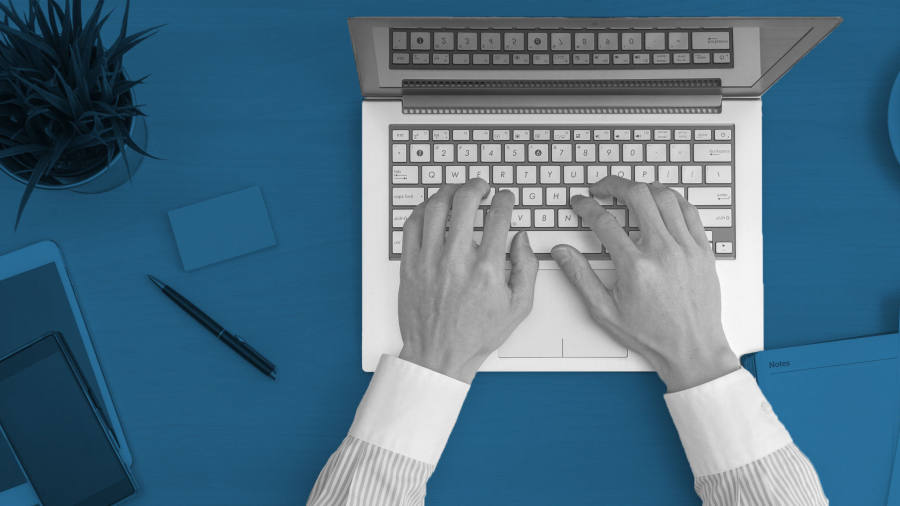 The early phase of the coronavirus crisis was the stuff of nightmares for banks’ technology teams, as they grappled with moving hundreds of thousands of jobs from controlled office settings to remote locations in employees’ homes.

As the weeks have rolled on, a silver lining has become increasingly clear to the men and women who have spent years trying to bring one of the world’s oldest industries into the modern era.

The obvious — and well-documented — win is the shift to online banking as customers were locked out of closed branches or too fearful to venture out to those that were still open. A quieter but equally significant transformation is taking place behind the scenes.

Before Covid-19, “a lot of the tech and a lot of tools were out there, but not a lot of people were using them”, says Rob Rooney, head of technology, operations and firm resilience at Morgan Stanley. Exiled from their comfort zones, people have become “entirely dependent” on new tools and ways of working, he adds.

It has been a similar experience at JPMorgan Chase. Huw Richards, head of digital transformation of JPMorgan’s investment banking division, says the video conferencing technology that has become ubiquitous across industries has paved the way for a broader revolution.

“We’re in an environment where  well, actually that works really well,” he says of video conferencing. “That makes you open to a lot more of the other things.”

We’ve been saying forever that if you don’t convert to digital, you’re going to be out of business in a couple of years.  just didn’t feel urgency

Beyond video, JPMorgan reports rapidly growing use of the centralised databases it started creating for its investment bankers in 2018. “In an analogue world, you can lean over and ask your cube mate. In a distributed world , you can’t do that, so you want to have a centralised place where people can go and access trusted data,” says Mr Richards.

Another tool being used more frequently is JPMorgan’s Briefcase, which lets bankers securely share client presentations between teams and write comments. This has “largely eradicated the need to work from physical documents”, Mr Richards adds.

Morgan Stanley has had a similar experience. “We had a very large cohort of people who had access to various document-editing tools and have been resisting them and doing old-school printing,” says Mr Rooney, describing how they would print documents, read them and have them scanned back with signatures or handwritten notes.

Now these people are at home, “do you really want to ask the company to give me a printer with all the security issues that go with remote printing?” says Mr Rooney. “Or do you want to do what you should have been doing for the past three to four years and start editing ?”

The number of people who require printers at home is “very small”, Mr Rooney adds. That makes him feel better about a large programme he is sponsoring to “substantially reduce” the amount of printing that happens globally at Morgan Stanley.

“I was frustrated it was going to take so long,” he says. “I’m sure that we will be able to accelerate that quite massively not because we’re going to have to force anybody. I don’t think people are going to want to go back .”

David Donovan, who heads the North America financial services practices at innovation consultancy Publicis Sapient, says the pandemic has driven a step change at banks that were not always enthusiastic about adopting technology.

“We’ve been saying forever that if you don’t convert to digital, you’re going to be out of business in a couple of years,” he says. Some banks knew that this was important, but “just didn’t feel urgency”, he adds. “What Covid has done is created the urgency because it’s made it pretty much obvious that they have no choice.”

As well as basic work to ensure they can serve clients and run their businesses digitally, Mr Donovan says banks are investing heavily in encryption and identity verification in order to minimise the risk of fraud and hacks.

Banks are making more use of artificial intelligence such as cognitive chatbots in their trading businesses. These can answer questions on matters including pricing, which gives traders an advantage in fast-moving markets, Mr Donovan says.

John Sabatini, who leads professional services firm PwC’s anti-money laundering (AML) practice for the Americas, says the pandemic has prompted banks to overhaul the way they handle compliance and investigations.

Before the crisis, “they were throwing bodies at things”, he says, and were comfortable automating processes only gradually. Now, “with Covid, they can’t bring large groups of people together”.

Big US banks have mostly agreed a moratorium on redundancies for 2020, to avoid adding more pain to an economy that has already had 38.6m new unemployment benefit claims since the coronavirus crisis hit with its full force.

“We’re seeing a lot of people redeployment,” says Mr Sabatini. “If you were doing investigations in an AML area, as an example”, he adds, “they’re redeploying those people for crisis-management roles.”

The big win, of course, would be locking in these new behaviours after the crisis. Mr Rooney argues that people’s experience of the new technology has been so good that “there’s no way you walk away from that when this is over”.

So confident is he that employees will not fall back into their old habits that he feels no need to liberate the printers from Morgan Stanley’s offices on Bank Street in London’s Canary Wharf and at New York’s 1585 Broadway before staff eventually return.