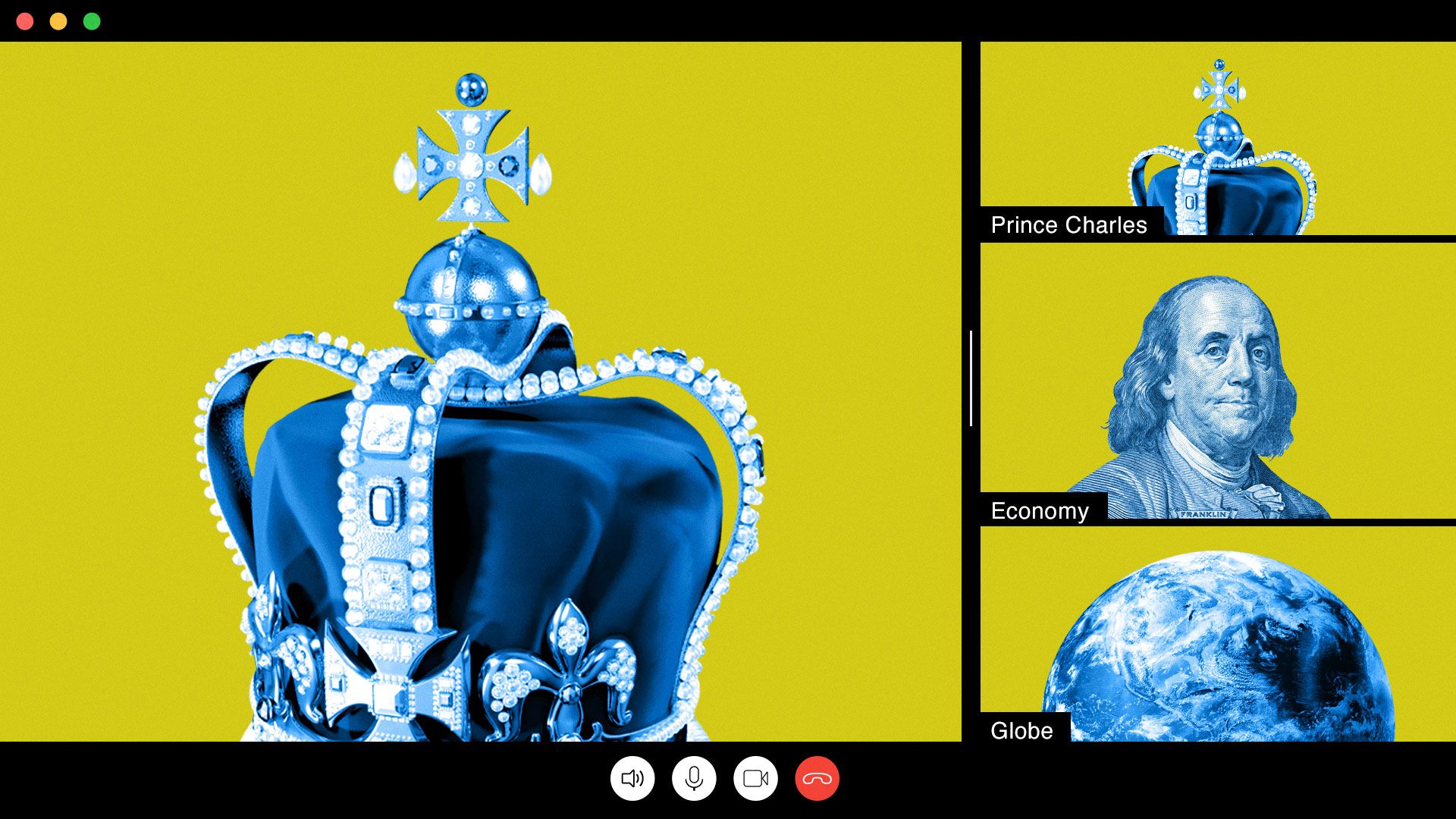 Dozens of the world’s leaders in business, finance and politics are planning to convene June 3 to discuss how the global economy can be “reset”— with climate change a defining theme — as nations recover from the coronavirus pandemic.

Driving the news: The online event will be hosted by His Royal Highness Charles, Prince of Wales, and Klaus Schwab, founder and executive chairman of the World Economic Forum.

What they’re saying: “The meeting will see various guests from the public and private sector make contributions on how we can achieve a ‘Great Reset’ of our global economic system in the post-COVID era,” a forum spokesman told Axios.

The intrigue: Others involved include International Monetary Fund Managing Director Kristalina Georgieva and Bank of America President and CEO Brian Moynihan, according to spokespeople.

But, but, but: Climate change concerns appear near the bottom of a survey the forum itself released this week conducted with nearly 350 senior risk professionals across a variety of sectors.

Flashback: The World Economic Forum has increasingly focused on climate change, and this year’s annual Davos confab saw a greater emphasis. Prince Charles delivered a speech on the issue and created a sustainability initiative with executives to focus more on climate going forward.

One level deeper: While the event is broadly about the economy, multiple people involved told Axios that climate change is a core part of the mission.

“When the public health emergency recedes, the obvious biggest crisis you have to address is climate change,” said one person involved, who would only speak on the condition of anonymity because the event was still being planned. “The understanding of this group is that this public health crisis reveals that you also have an enormous social and economic crisis in terms of inequity.”

Reality check: A healthy dose of scrutiny is always needed for rhetoric-heavy moves like this.