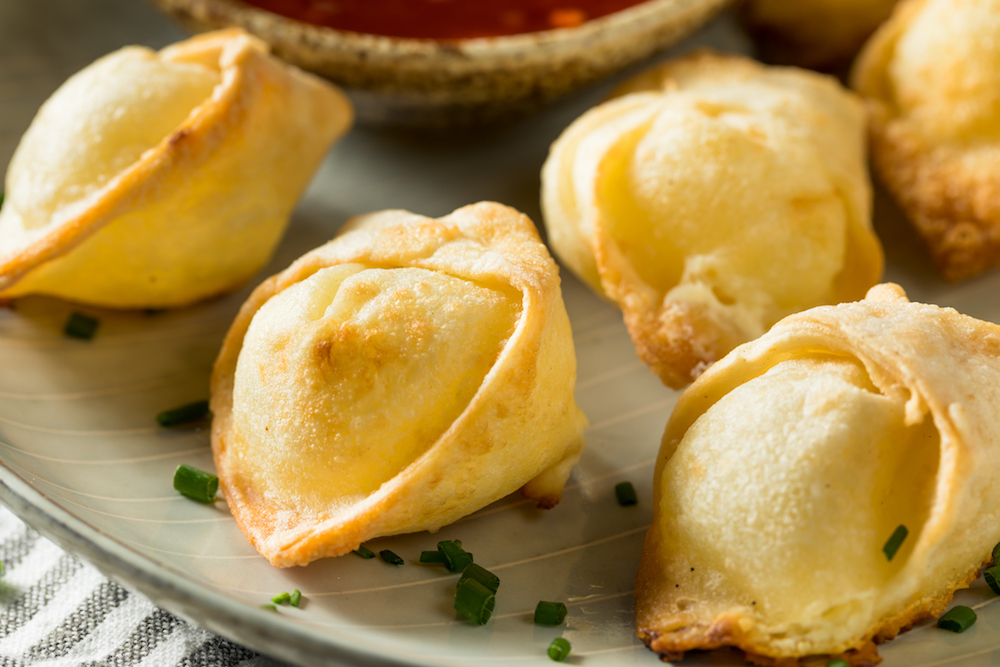 All my childhood grocery shopping memories center on being poor: Walking 10 minutes from our two-bedroom home in the Malden Housing Authority’s projects to the local Stop & Shop and filling the cart with juice, eggs, and bologna. There was the joy of adding the small amount of treats we could afford — at the time, that meant fresh bakery chocolate muffins, apple turnovers, and Gushers fruit snacks — and the embarrassment of putting some of the food back at the register when it rang up over our limit.

When your grocery budget is entirely reliant on the Supplemental Nutrition Assistance Program (SNAP), your mom’s Social Security Disability Insurance (SSDI), and other assistance programs designed for low-income disabled single parents and their disabled children, you have to be very specific about what you buy. It’s easy to spend your entire food budget before the month is over and find that toward the end of the month, you’re hungrily eating cheap cereal and off-brand white bread for every meal.

Get Talk Poverty In Your Inbox

Thanks for Signing Up!

Recently, Democratic Senators Kamala Harris and Kirsten Gillibrand introduced a bill with Senator Bernie Sanders that would expand the SNAP benefit. The bill would increase the baseline for SNAP benefits by roughly 30 percent and expand benefits to those living in U.S. territories. Currently, the Families First Act is temporarily increasing SNAP benefits for households that haven’t been receiving the maximum benefit, and many states are allowing customers to purchase SNAP-eligible items online, a move that makes grocery shopping during a pandemic safer for low-income elderly, disabled, and high-risk individuals. A permanent increase to SNAP benefits and expanded delivery options would make a significant difference in the lives of many SNAP recipients, giving them the ability to purchase more food each month and making it easier for people to shop even if they can’t physically go to a grocery store.

The maximum SNAP benefit for a household of two in Massachusetts, where I live, is currently $355 per month. A 30 percent increase to that would be $106.50, bringing the total to $461.50 per month. That would mean SNAP recipients could almost afford the average cost of groceries ($489.16 per month in Boston, according to the Bureau of Labor Statistics, though the average monthly spend on food overall is $805.58 once you include takeout and restaurants). Although many families don’t receive the maximum SNAP benefit — in Massachusetts the average monthly household benefit is only $210, or $1.36 per person per meal — the proposed increase in SNAP benefits would at least bring low-income and poor Bostonians closer to being able to afford a full months’ worth of food.

I know how it feels to be able to expand your food budget, even by a little. I remember the first time my dad, who took over raising me after my mom died, had a particularly good month driving the cab. This was before the 2008 recession, and his specialty was driving kids with busy working parents to and from school. We had an unexpected, albeit small, increase to our food budget. I no longer had to survive on $1 Celeste frozen pizzas. I could get a few higher-cost pizzas, like DiGiorno. I was allowed to get inexpensive sushi at the Stop & Shop seafood counter twice a month, and we bought lobsters when they were on sale for $4.99 a pound. We kept the house stocked with sodas and Little Debbie snacks for when my friends came over.

A 30 percent SNAP expansion could change your life.

I could actually tell my new high school friends we’d feed them instead of asking them to come over “after dinner,” and we spent one New Year’s Eve trekking through a blizzard to get takeout Chinese food from the best restaurant in the city. I felt rich enough to try crab rangoon, which I’d always assumed I wouldn’t like — when you’re poor, you don’t take risks spending your limited money on food you’re unsure about and may have to throw away. The crab and cream cheese tasted like the freedom of choice and exploration, and I’ve loved them ever since. Then the recession and the rise of Uber and Lyft made it harder for taxi drivers to make money. We went back to eating cereal when we ran out of food money. I got part-time jobs and saved my birthday and holiday money to help my dad pay for groceries.

When I went to college, my food budget slowly started to increase again. It wasn’t much, but I went from being truly poor to just being broke. I’ve always defined the difference by how often the threats of eviction, running out of food, or having the electricity or heat turned off crossed my mind at any given moment. If I had enough money that those things were just background noise, I was broke. If I had so little money that I couldn’t help my dad pay down the electric bill so the power company wouldn’t turn off the lights. I was poor.

Being broke meant I could sometimes save enough money to take my girlfriend (now my wife) on a sushi date, if we kept the meal inexpensive or it was a special occasion. It meant splitting pizza delivery with my friends on Saturday nights, after we’d all had a few cheap vodka cocktails and were sitting around the dorm room laughing at weird memes. Broke was being able to get something else out of the freezer if I’d overcooked my chicken nuggets to a burnt crisp, instead of laying on my bed devastated because I’d ruined my chance to eat.

A few years ago, after my wife and I both got full-time jobs and were no longer relying on the modest budgets of grad students, we first noticed the difference at the grocery store. We were no longer poor or broke; we could get fresh salmon for dinner instead of frozen. We never had to put things back if we were over-budget, we could just have an honest conversation in the car afterward about whether we wanted to cut back the next time. I didn’t even cry when our zucchini went bad the day before we were planning to cook it, even though the child in me — the one who still remembers eating a free pizza lunch at the park with my mom on the August day that she died — was determined not to let it happen again.

That’s how a 30 percent SNAP expansion could change your life. It gets you from poor to broke. From hungry to offering to split your Caesar salad and brownie with another broke friend in the school cafeteria. It’s the bare minimum a person needs to be able to spend their days without low-level anxiety about how they’re going to survive. In the richest country in the world, the bare minimum shouldn’t be too much to ask for. We all deserve to get freshly baked muffins from the grocery store bakery every once in a while, and take the small risk of trying crab rangoon for the first time.