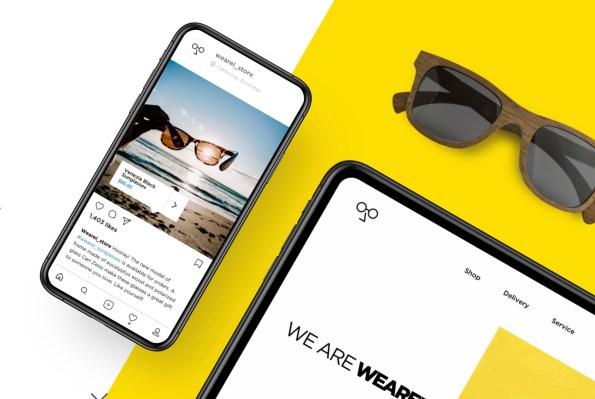 In the same week that Facebook announced a redoubled effort to make a bigger mark in e-commerce, one of its long-time partners has closed a large round of funding. Ecwid, the startup that sells e-commerce tools directly and via third parties like Square and Wix, letting businesses build e-commerce experiences on their own websites and apps, as well as via Facebook, Instagram, Amazon, Google, and more, has raised $42 million from Morgan Stanley and PeakSpan Capital.

Notably, now San Diego-based Ecwid had only raised about $6.5 million since 2009, the year it was founded in Russia as a spinout of X-Cart, a previous company founded by the founder and CEO Ruslan Fazylev; and it’s already profitable. So rather than being used to operate, Fazylev said the funding enabled earlier outside investors — Russia’s Runa Capital, iTech from Latvia and the IT-park business incubator from Kazan — cash out, and gives Ecwid funds that it can use both for acquisitions and to continue expanding its platform organically.

Ecwid is in the stable of e-commerce companies that include the likes of Shopify, BigCommerce and WooCommerce, which have seized on the growth of online shopping over the last decade and helped companies that are not digital by nature — specifically small and medium brick-and-mortar businesses — become a part of that digital economy. And to underscore that low barrier to entry, its pricing starts at free to enable shopping on a website covering 10 or fewer products. (Further priced tiers include the ability to integrate with Facebook and other sites, as well as sell more items, apply more analytics and so on.)

That mandate and opportunity to provide analogue SMBs a route to the next generation of shopping has taken on a new dimension in the last few months. Authorities in many jurisdictions have closed down brick-and-mortar establishments and offices, and restricted day-to-day movement and contact between people in an attempt to slow down the spread of the COVID-19 pandemic.

In other words, if e-commerce has been a long-term growth opportunity with upside for those that cared to invest in it, overnight it became a must-have for any small business that wanted to continue to operate through and after this health crisis.

Just as we’ve seen that trend play out for Shopify (whose share price has been on a roll), Fazylev said that Ecwid, too, has had a big boost. Ironically all that activity started after it closed the round (which was raised before COVID-19 really hit).

“The moment we signed the term sheet, things started to go really crazy,” he said. “Overnight, demand tripled because SMBs were under immense pressure to transition to online ordering. We at Ecwid are not worried about the Walmarts of the world but about the small guys and making it super easy for them. And so demand went through the roof.” Transaction volume between March and April grew by 50% and to meet demand.

Even before that, Ecwid was an under-the-radar success, which is why PeakSpan and Morgan Stanley came knocking.  Even if it’s not the 300% growth of the last couple of months, 2019 saw sign-ups double on the platform with a Net Promoter Score of above 60. (Fazylev said Ecwid lives and dies by its Net Promoter Score so he’s especially proud of this above-average figure.)

And in addition to its direct-to-SMB offering, it white labels through a number of popular channels like Wix, GoDaddy and Square. Together, there are some 1.5 million SMBs across 175 countries (and 54 languages) using its e-commerce rails. This might actually have been one reason why it wasn’t a part of the Facebook Shops news: it’s quietly enabling an army of competitors. But to be very clear, when I asked about the omission, Fazylev said he was stumped by it himself.

PeakSpan Capital Co-Founder and Managing Partner Phil Dur, and Pete Chung, Managing Director and Head of Morgan Stanley Expansion Capital, are both joining the board as part of this round.

“Covid-19 is reinforcing what we already knew: e-commerce is vital, and it’s available to even the smallest of merchants now with Ecwid’s free tools that even novice Internet users can adopt quickly,” said Dur, in a statement. “We have been watching Ecwid for many years.The company’s impressive capital efficiency and very strong long-term market opportunity made it an easy decision for us to partner with them during this next phase of growth.”

“Ecwid is truly helping its customers make the most of e-commerce enablement at a time when their traditional retail businesses have been disrupted so dramatically,” said Chung, in a statement. “Ruslan is an e-commerce visionary who has built a team and beloved solution that allows any mom-and-pop shop to embrace the online world,  dramatically expanding their revenue and market potential.”