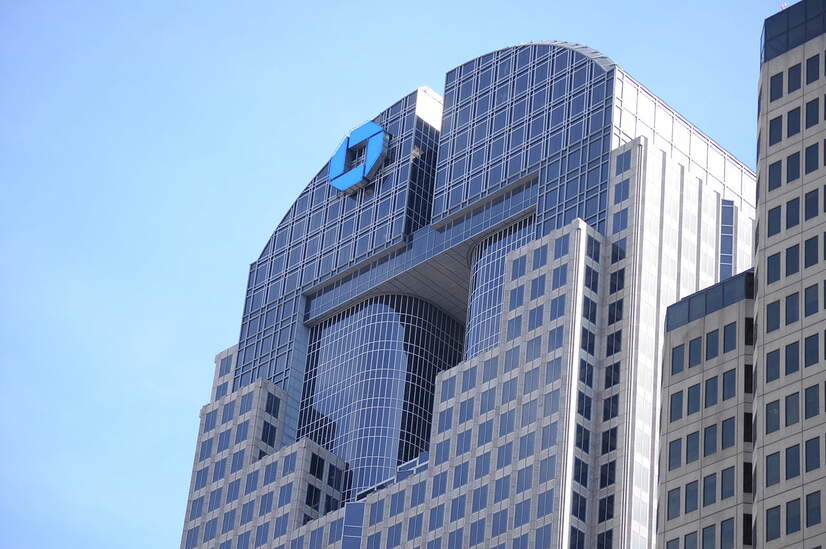 21 May 2020 | America’s largest bank is shunning calls from shareholders to disclose its full emissions, despite warnings from its own economists that “catastrophic” climate change could end up threatening human life “as we know it.”

JPMorgan Chase, which a coalition of U.S. environmental groups recently claimed is the world’s largest financer of fossil fuels, has instructed its shareholders to vote down a proposal for the bank to report the emissions of its lending activities at its upcoming annual general meeting (AGM) on May 19.

Now treasurers from eight U.S. states are joining a call for JPMorgan to elect an independent board chair who will guide the company’s financing to align with the Paris Agreement.

The bank has also faced pressure from shareholders this year for encouraging Lee Raymond, former CEO of ExxonMobil, to stay on as a member of JPMorgan’s board. Exxon has donated tens of millions of dollars to organizations casting doubt on anthropogenic climate change, including under Raymond, who later this year will step down from leading JPMorgan’s board but remain a director. The group of state treasurers also oppose Raymond staying on the board.

We must address the financial and climate risks to @jpmorgan associated with fossil fuels.

“As part of a broader plan for the bank to seriously grapple with the risks climate change poses to investors, Raymond should plan to retire from the board entirely,” said Maryland State Treasurer Nancy Kopp in a statement. Kopp and state treasurers of Connecticut, Maine, Massachusetts, Oregon, Rhode Island, Vermont, and Wisconsin united with efforts of the Pennsylvania treasurer, comptrollers of New York City and New York State, and the California public employee retirement program in pressuring JPMorgan on its climate governance.

While JPMorgan touts the “leadership role” it says it has taken to address the “challenges and opportunities of a carbon-constrained environment,” climate activist shareholders are calling for it to publish “if and how” it plans to put its investments in line with the goals of the Paris Agreement and whether it is considering setting emissions reduction targets for its lending. Activist shareholders increasingly have been using the AGMs of fossil fuel companies and their funders to push for climate action from the inside.

JPMorgan currently only publishes the emissions produced by the bank’s own operations, with its first “climate change report” released last year stating that it was “focused on defining and obtaining the right data” on its clients’ “climate-related risk” but that it was at the “early stages of this journey.”

Another proposal to be considered at the AGM next week, put forward by Trillium Asset Management, a Boston-based company focused on socially responsible investing, urges the bank to outline how it plans to respond to “rising reputational risks” relating to its investments in the controversial Canadian tar sands and oil and gas companies operating in the Arctic.

JPMorgan announced in February that it would stop financing companies involved in thermal coal and new Arctic oil and gas development, while increasing its financing of renewables.

Over the past 3 years @Chase has lent $196 billion to the fossil fuel industry; if you look at the worst projects, they’ve lent 63% more than anyone else. They are the Doomsday Bankhttps://t.co/bYwZQdYiSA

But Trillium’s proposal argues that the bank is the “largest global lender and underwriter” to the top 30 companies already operating in the Arctic, as well as the top 34 companies involved in the Canadian tar sands.

The bank’s Board of Directors are advising shareholders to vote against both motions, in a move that activists argue puts them at odds with their American peers.

A recent report by the Rainforest Action Network (RAN) said JPMorgan had become “the first bank to blow past the quarter-trillion dollar mark in post-Paris fossil financing, with $269 billion in 2016-2019.”

RAN’s findings have galvanized shareholder calls for banks to phase out fossil fuels, with activists pointing to RAN’s research to push for change at JPMorgan’s AGM.

Danielle Fugere, President of shareholder advocacy group As You Sow, which filed the proposal on carbon emissions disclosure, told DeSmog: “What we are asking them to do is measure, disclose, and set a target to become Paris aligned.”

“We are asking this not only because climate change poses risk to the bank, but because it poses systemic risk to shareholders.”

“Many U.S. banks are waiting for a perfect system to emerge for them to begin measuring climate risk — if they wait for that, it’ll be too late — we are really trying to press them to move faster than they may think they need to,” she added.

Yet, in a position that Fugere feels is out of step even with its fellow American investment banks, JP Morgan has resisted what she calls a “moderate” proposal to commit to and report on a plan to reduce so-called “financed emissions” produced by the companies to which it lends.

Defending its current approach on climate change in response to the proposal, JPMorgan argues it provides “transparent disclosure of our approach to and performance on environmental, social, and governance (ESG) topics through multiple channels” and “supports public sector leadership to drive carbon emissions reductions on a global scale.”

In response to the proposal on oil and gas developments in the Arctic and Canadian tar sands, JPMorgan pointed to its recent commitment to end project financing for new Arctic developments and said both Arctic and tar sands developments were “sensitive sectors” and therefore subject to “enhanced review” by its Global Environmental and Social Risk Management team.

Alison Kirsch, a researcher for RAN, told DeSmog their research showed TC Energy, the infrastructure company formerly known as TransCanada that is building the controversial Keystone XL pipeline, was the bank’s “single biggest fossil fuel client” between 2016 and 2019. Following TC Energy’s announcement in March that it would be proceeding with the project, designed to carry oil from Canada’s tar sands region to U.S. refineries, JPMorgan led a $1.25 billion bond issuance for TC Energy, along with the multinational bank Citi.

Kirsch called JPMorgan’s Arctic announcement “small potatoes in light of what it needs to do to stop being a climate villain.”

As You Sow’s Fugere argues the bank’s gradual shift on fossil fuel financing is leaving it behind the curve. Over the last year As You Sow has researched the investments of five leading U.S. financiers and filed similar shareholder proposals with Goldman Sachs, Wells Fargo, Morgan Stanley, and Bank of America.

Those banks have appeared to shift to accommodate shareholders’ requests, Fugere says, leading the group to withdraw their motions, “because those banks agreed to begin the process of finding an appropriate method for measuring their carbon footprints.”

JPMorgan Chase is, by contrast, resisting such pressure ahead of its AGM and instead directing its shareholders to vote against the proposal.

Eli Kasargod-Staub, cofounder of shareholder activist nonprofit Majority Action, says JPMorgan’s next shareholder meeting will be a “litmus test” for big asset managers such as Vanguard and BlackRock, which together hold nearly 15 percent of shares, to see if they are really committed to their pledges on climate change.

JPMorgan declined to provide comment for this article when approached by DeSmog.