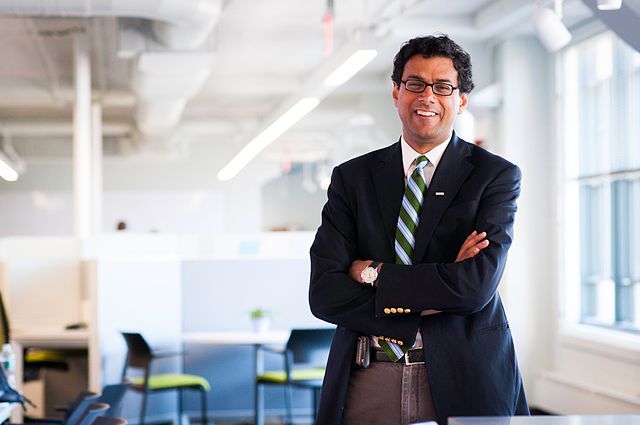 Atul Gawande, M.D., confirmed he is stepping down as CEO of Haven, the healthcare company formed by Amazon, JPMorgan Chase, and Berkshire Hathaway.

Gawande, a widely recognized surgeon, public health researcher, and author, said in a statement posted on Haven’s website Wednesday that he wants to devote more time to addressing the threats posed by COVID-19.

He will stay on as chairman of Haven’s board of directors and a search has begun for a new chief executive officer, he said.

Breaking Through the Barriers to Better CX

“I am grateful for the opportunity to advance Haven’s mission in a new role as Chairman. This will elevate my focus from daily management to supporting Haven’s strategy, board, and leadership. It will also enable me to devote time to policy and activities addressing the immediate and long-term threats to health and health systems from COVID-19,” Gawande said. “As I reflected on how I could best contribute, this is an ideal role.”

Gawande practices general and endocrine surgery at Brigham and Women’s Hospital and is a professor at the Harvard T.H. Chan School of Public Health and Harvard Medical School. He also regularly writes for The New Yorker.

The three companies announced the new high-profile healthcare venture in January 2018. The goal, they said, was to create a venture that could leverage their combined resources to create health solutions to benefit their U.S. workforces and eventually, all Americans.

The announcement caused shockwaves across the industry, sending stocks for insurers and other major health companies tumbling. Shares of healthcare companies like UnitedHealth Group and Anthem plunged the day of the announcement, dragging down the broader stock market, the New York Times reported.

When Gawande was picked, the executives behind the company—Jeff Bezos of Amazon, Jamie Dimon of JPMorgan, and Warren Buffett of Berkshire Hathaway—said he would be central to the venture’s efforts.

“Jamie, Jeff, and I are confident that we have found in Atul the leader who will get this important job done,” the executives said at the time.

In the statement posted Wednesday, the executives said, “Haven’s work is more important than ever. We appreciate all of Dr. Gawande’s contributions and look forward to his continued leadership.”

RELATED: Amazon-led healthcare venture has a name and a website

The venture has seen significant executive turnover as its first chief operating officer, Jack Stoddard, stepped down from his role after nine months.

“In its first two years, Haven has been actively working to address a full range of problems in the health care system,” the company said.

However, since it’s launch the company has kept a low profile and has yet to tackle any major initiatives in healthcare.

In November, Haven announced it was teaming up with health insurers Aetna and Cigna to offer health plans to 30,000 JPMorgan workers in Ohio and Arizona.

Court documents unsealed in early 2019 revealed that an early focus for the joint venture would be insurance complexity along with ways to assist workers in navigating and understanding their benefits.