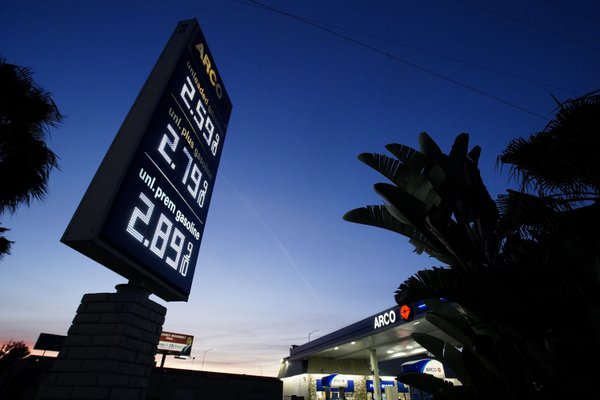 WASHINGTON — The economic paralysis caused by the coronavirus led in April to the steepest month-to-month fall in U.S. consumer prices since the 2008 financial crisis — a 0.8% drop that was driven by a 20.6% plunge in gasoline prices.

And excluding the normally volatile categories of food and energy, so-called core prices tumbled 0.4%, the government said in its monthly consumer price index report. That was the sharpest such drop on records dating to 1957.

The business shutdowns, reduced travel and shrunken consumer spending that the virus has caused likely have sent the U.S. economy into a severe recession. The resulting drop in economic activity is exerting a downward force on prices throughout the economy.

Prices for apparel, motor-vehicle insurance, airfares and hotel stays all posted record monthly declines as Americans all but stopped driving, flying and buying new clothes during the pandemic. Those all contributed to the unprecedented drop in the core index.

The cost of services, which makes up almost 63% of the overall consumer price index, dropped 0.3% in April, the biggest slide since the end of 1982.

Energy prices slumped 10.1% from March, driven by the biggest drop in the cost of gasoline since 2008.

Conversely, the cost of food at home surged 2.6% from the previous month, the most since 1974, as Americans stocked up at grocery stores. Prices for bread, chicken, carbonated drinks and snacks all posted record increases, as did household paper products.

Tuesday’s report raises the prospect of deflation, a prolonged drop in overall prices and wages that typically makes people and companies reluctant to spend and can prolong a recession. Not since the Great Depression of the 1930s has deflation posed a serious economic threat in the United States.

“If deflation becomes embedded in the economy, it can be difficult to uproot,” said Gus Faucher, chief economist at PNC Financial Services.

Over the past 12 months, overall prices have risen a scant 0.3%, the smallest year-over-year increase since 2015. Core inflation has increased 1.4%, the lowest pace since 2011. With consumer prices falling, concerns have arisen that the United States might succumb to a debilitating bout of deflation for the first time in decades.

During deflationary periods, broad barometers like the consumer price index will show consistent fractional price changes. And for two months now, that is what the index has shown: It fell 0.4% in March and 0.8% in April. The trend is likely to persist as the virus depresses economic growth and consumer spending and thereby exerts downward pressure on prices.

“The consumer price index numbers are just frightening,” Claudia Sahm, a former Fed economist who is now director of macroeconomic policy at the Washington Center for Equitable Growth, said on Bloomberg Radio. “I am very worried that we are falling into a deflationary spiral.”

The main reason is that falling prices typically make consumers and businesses delay spending. Why buy now if products could have even lower prices three or six months from now? Collectively, such delays slow consumer spending, which drives about 70% of U.S. economic activity. The economy’s 4.8% annual contraction during the January-March quarter, the worst since the 2008 financial crisis, was led by a broad pullback in consumer spending.

Deflation also tends to hold down wages and to make the inflation-adjusted cost of a loan more expensive for borrowers.

Information for this article was contributed by Martin Crutsinger of The Associated Press and by Vince Golle of Bloomberg News.