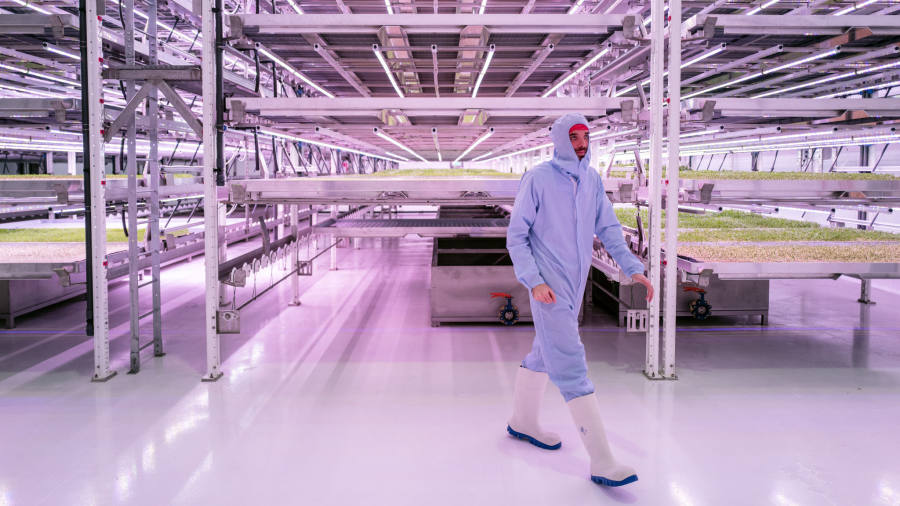 They may not be flashy, but projects to upgrade creaky infrastructure and achieve environmental gains are emerging as top investments for funds that have built strategies on the United Nations sustainable development goals.

The economic collapse caused by the spread of coronavirus has provided fresh impetus to so-called impact investing — which measures specific social and environmental impact and can range from above- to sub-market returns.

For years this approach was an obscure corner of the investing world but it has recently gained more traction in financial capitals around the world. Banks, private equity firms and other investors, some previously criticised by campaigners for supporting unscrupulous investment decisions, have launched impact investing funds in recent months.

Some investments aimed at supporting sustainability goals have outshone others. For example, the First Trust Clean Edge Smart Grid Infrastructure Index Fund — which tracks stocks in traditional electrical infrastructure companies and new renewable ventures — has performed better than MSCI and S&P industrials indices during the first three months of 2020.

This may in part reflect the “safe harbour” reputation of utility stocks during times of economic crisis. But there is also anticipation that stimulus packages could favour a wave of spending on projects that help decarbonise energy supplies while replacing crumbling infrastructure. Such a strategy was an element of former US president Barack Obama’s attempts to kick-start the US economy after the 2008 financial crash.

A renewed emphasis on food security also has some impact investors re-examining scope for socially responsible returns in the supply chain from farm to table.

“Restaurants are dying. Anybody selling to restaurants is dying,” says Rob Day, a general partner at Spring Lane Capital, an impact investing firm in Boston. “Meanwhile we are seeing some of the indoor food production opportunities that are selling to grocery stores or directly to consumers are going gangbusters. They cannot make stuff fast enough.”

For Mr Day, the most valuable indoor farming facilities are not the ones in New York selling rosemary and coriander to Michelin-starred restaurants. Instead, big old-fashioned greenhouses are supplying more basic fresh staple fruit and vegetable produce to grocery stores, he says.

Food security investments are a $200bn market opportunity today and will grow to an estimated $300bn by 2025, Bank of America estimated in a report last month. Such investments can help children suffering from malnutrition who cannot concentrate well in school.

There is a huge opportunity in infrastructure, not just in the US but globally

In February, New York-based private equity fund KKR closed a $1.3bn impact investing fund driven in part by the supporting sustainability goals. One of KKR’s early impact investments was in Barghest Building Performance, a Singapore-based business that helps to cut energy absorbed by ventilating and heating systems in commercial buildings.

Mr Day pointed to two unflashy businesses that his firm has invested in. Atlas Organics turns lawn and food waste into compost. The other — Aries Clean Energy — is also building a biosolids gasification plant to handle sewage sludge just outside New York City.

“That is the kind of infrastructure that continues to be built even while other parts of the building trades or construction projects and the like have had to shut down,” he says.

Jennifer Kenning, co-founder of investing firm Align Impact, points to a new closed-end fund launched in October by 361 Infrastructure Partners. The fund is buying new debt from US schools, hospitals and other public facilities to support the financing of new roofs, ventilation systems other equipment that could be more efficient.

The fund is designed to be uncorrelated to public markets so that it performs well while stock market averages are down.

In addition to the climate change crisis, the coronavirus has forced people to think about how to live more sustainably, Ms Kenning says. There are “massive inflows and massive opportunities” into renewable energy solar projects, another hot area for SDG-minded investors, she says. “There is a huge opportunity in infrastructure, not just in the US but globally.”