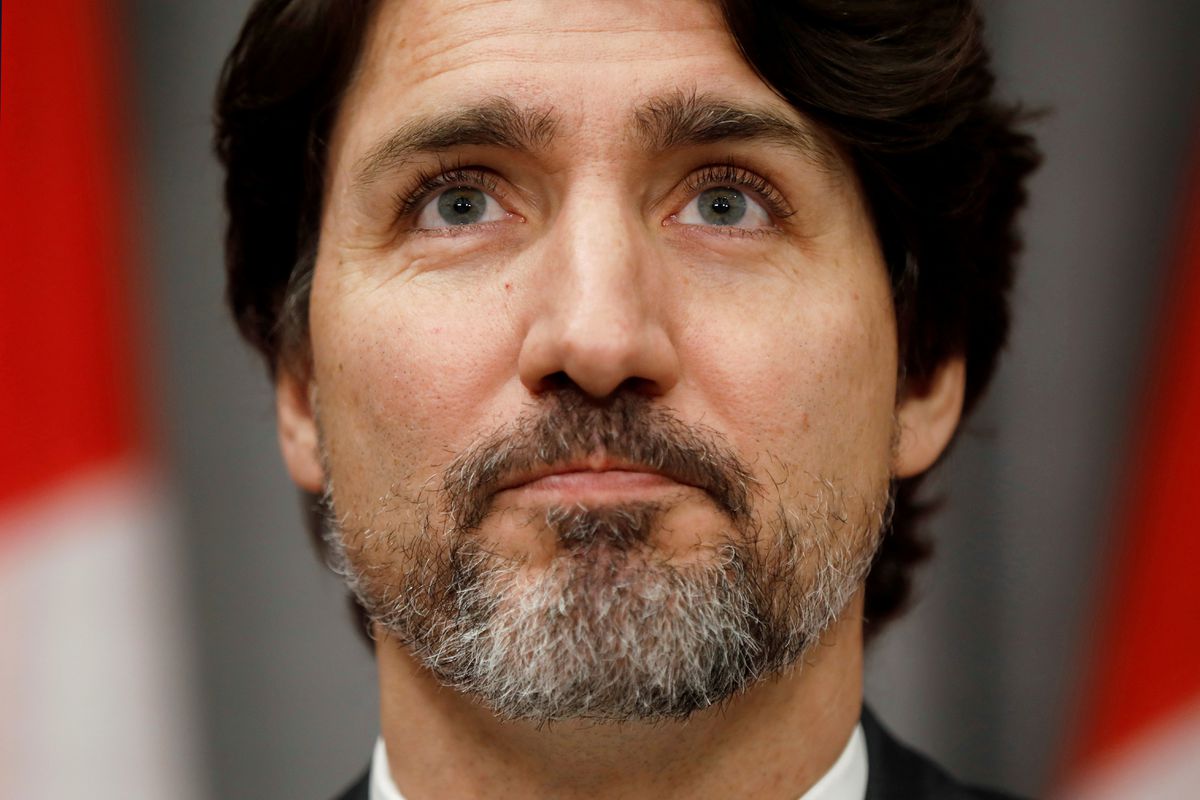 Keep your Opinions sharp and informed. Get the Opinion newsletter. Sign up today.

Re Let’s Restore Confidence In Our Economy (May 5): I believe the government has done a credible job providing financial assistance to Canadians and businesses negatively affected by the pandemic. I also fully support Preston Manning’s argument for establishing a plan to put us on the road to recovery as early as possible. And who better to lead a National Economic Recovery Council than Mark Carney.

How does Preston Manning know that “there will be no plan for reducing” deficits in the future? Six weeks ago, we had no plan for preserving people’s ability to provide for their families while staying home and possibly not working at all.

I don’t see a “seeming inability of the Trudeau government to adequately address” the “magnitude and consequences of this economic crisis” at all. They seem to be handling it just fine.

Re Lessons From The Way We Paid For WWII (Editorial, April 28): The Globe’s editorial suggests that Canada need not plan on postpandemic fiscal retrenchment, but can instead, with luck, repeat the post-Second World War experience and let economic growth diminish federal debt relative to the size of the economy. From 1945 to 1976, economic growth averaged 9.4 per cent per annum, split evenly between real growth of 4.7 per cent and inflation of 4.5 per cent. Such strong growth brought down the net federal debt-to-GDP ratio from more than 100 per cent to just over one-fifth that level despite, on average, running deficits.

The catch is that nothing remotely close to postwar growth figures has been witnessed in Canada since 1976. Economic growth over the next 10 to 30 years is expected to be barely one-third that heady pace. There are many reasons for this: Productivity growth is now much slower; an older population leads to slower labour force growth; the economically favourable surge of women entering the labour force happened many years ago; there is no pent-up wartime demand for housing, cars and appliances; the Bank of Canada is targeting 2-per-cent inflation.

Basing fiscal policy on the luck of reliving a bygone era is like playing roulette without a winning number.

Re Companies Are Desperate For A Bailout, But Who Really Deserves One? (Report on Business, May 2): I find it ironic that columnist Eric Reguly suggests airlines, which connect citizens around the world and provide access to much-needed supplies, would not be considered an essential service worthy of support.

In the 24 years that WestJet has flown, air travel has moved from the domain of the affluent to an economic necessity critical to supporting 241,000 direct jobs in Canada and contributing about $69-billion to GDP. WestJet’s growth and presence in Canada has also improved the affordability of travel, all while building critical infrastructure for business and tourism, particularly in Western Canada. And, of course, as witnessed in this pandemic, airlines transport vital cargo, from blood products to pharmaceuticals and more.

While I feel sad for the disruption to front-line staff, I can only hope Mr. Rovinescu, his C-suite colleagues and the board of directors are given one-way tickets to nowhere. They seem to have not learned that professional customer service and profitability do not have to be mutually exclusive. Now the company is facing reality.

Re How Cargill Became The Site Of Canada’s Largest Single Outbreak Of COVID-19 (May 2): Canadian meat processors are working diligently with provincial health and labour officials responsible for regulatory oversight, as well as the Canadian Food Inspection Agency, to deal with COVID-19. These officials and employers share a common goal: Protect the health and safety of our workers.

Decisions on how to reduce risk are science-based and evolve with each passing day as knowledge and experience from around the world is applied. Importantly, each facility is operated following the advice of local and provincial health officers, who determine when to open or cease operations.

The pandemic is an unprecedented event that has touched us all. Thousands of people who work in this sector are going above and beyond every day to keep Canada’s supply of meat in grocery stores from coast to coast. Canadians can rely on a trusted supply of high-quality meat thanks to Canadian farmers and ranchers, meat processors, distributors and grocery retailers, and a strong regulatory system involving all three levels of government.

Re The Hamburger Is Tasty, But You’ll Survive Without It (Opinion, May 2): Columnist Elizabeth Renzetti’s takeaway: This is how the meat sector works. Don’t like it? Eat less meat or go vegetarian. I believe that argument misses the wide array of smaller-scale meat production and processing operations across Canada focused on sustainability, high-quality products, high health and safety standards and viable livelihoods for workers.

Yes, we should eat less meat. If the issue is animal rights, that’s a different story. If the point is sustainability, quality and better incomes for the people we rely on for our food, there are options out there. These operators face tremendous policy and economic barriers to keep their doors open. They should be our focus.

Meat plants: Is that not possibly the best oxymoron of all time?!

Re Both Sides (Letters, May 5): My father’s generation enjoyed decades of hunting without assault-style or semi-automatic weapons. Anyone whose aim is so poor to need such weapons should not be hunting.

Re Reopening: More Patios, Less Parking (Editorial, May 5): Patios, pedestrians and cyclists: What could be healthier for cities than less car space? At the moment, the bulk of traffic I see is young guys in souped-up Hondas and Ford F-150s and old guys in expensive sports cars. Essential travel. Bah!

Letters to the Editor should be exclusive to The Globe and Mail. Include your name, address and daytime phone number. Try to keep letters to fewer than 150 words. Letters may be edited for length and clarity. To submit a letter by e-mail, click here: letters@globeandmail.com