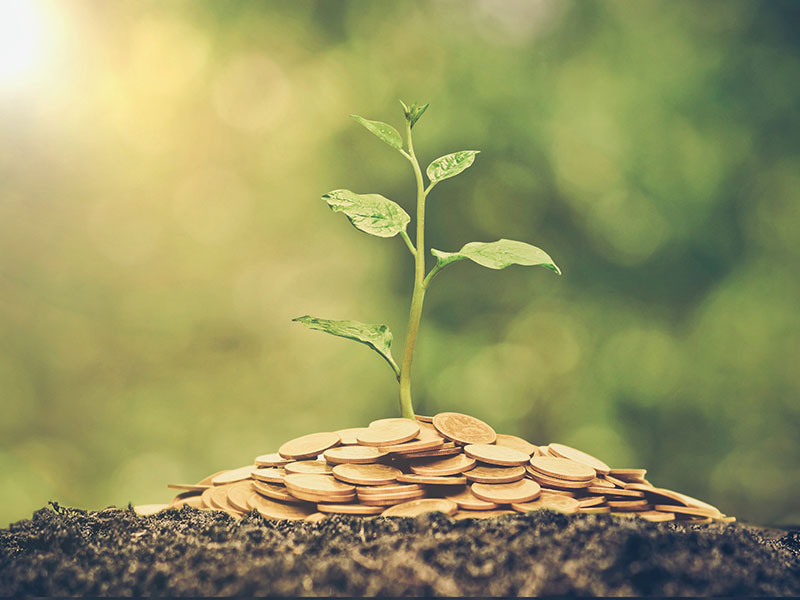 It is increasingly evident that sustainability will be on the agenda of corporations, investors and regulators for the foreseeable future

This past November, more than 11,000 scientists from 153 countries signed a statement in which they warned that “climate change has arrived and is accelerating faster than many scientists expected”. The evidence presented is clear and irrefutable, leading some governments and corporations to take action. But what does climate change have to do with the portfolios managed by South America’s pension funds?

The profitability of a portfolio is related to the value of its underlying assets, which can be directly affected by climate change. The impact is likely to be a negative one, stemming from physical risks that arise from an increase in extreme weather events, such as the devastating forest fires that Australia has been suffering from since September 2019. The bushfires have claimed human and animal lives, and caused immense damage to infrastructure and biodiversity.

For businesses, climate change can involve a loss of assets, a reduction in sales due to the impact on their supply and distribution chain, and higher insurance costs. These factors have a notable influence on the financial health of the underlying assets contained within portfolios. For example, Californian gas and electric company PG&E filed for bankruptcy in January 2019 following the deadly fires that hit the state the year before. Experts point to this as the first bankruptcy related to climate change; it is unlikely to be the last.

The profitability of a portfolio is related to the value of its underlying assets, which can be affected by climate change

Time to act
The need to transition to a low-carbon economy is widely accepted today, and several corporate agreements have been made with the objective of meeting the targets of the Paris Agreement – namely, to stop the global average temperature from rising two degrees Celsius above pre-industrial levels. In its October 2019 Fiscal Monitor, the International Monetary Fund stated: “Policymakers need to act urgently to mitigate climate change and thus reduce its damaging and deadly effects.”

It is expected that the implementation of green policies will accelerate between 2023 and 2025. Portfolios should prepare for this change. New regulations could bring about a number of transition risks, including increased costs for corporations in terms of carbon taxation, which can substantially change the risk profile of a bond issuer or the value of a share. Loss of value in assets might also occur; lucrative oil reserves, for example, could be left unexploited as companies strive to meet the two degrees Celsius objective. Demand-side risk should also be considered as more consumers seek products and services from companies with a low environmental impact. Reputational risk might also occur, which may affect a business’ ability to attract talent or implement structural changes in its customer base.

Fortunately, climate change does not only present risks for portfolios; opportunities are also created. In 2018, the International Energy Agency reported that 28 percent of electricity generation came from renewable sources. This is predicted to reach 49 percent by 2050 (see Fig 1), providing investment opportunities in different instruments, including green bonds. Likewise, companies that are better prepared for these transition risks may not only be more competitive in terms of energy efficiency, but will also benefit from greater demand and access to capital flows.

It is crucial that investors mitigate physical and transition risks in portfolios and are able to capture any opportunities that emerge. At Prima AFP, we recognise the importance of knowing if the companies in which we invest are clear about these risks and if they are prepared to manage them properly. 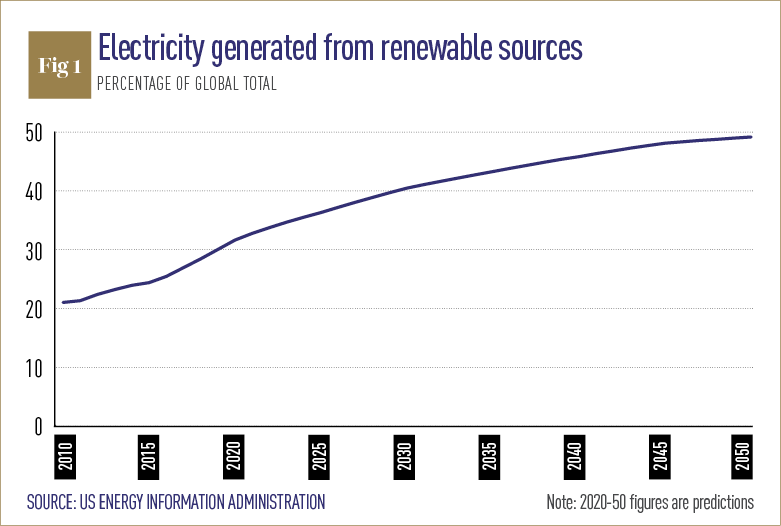 Lasting change
Today, it is increasingly evident that sustainability will be on the agenda of corporations, investors and regulators for the foreseeable future. In a survey conducted by Bain & Company, 81 percent of firms said sustainability is more important in today’s corporate agenda than it was five years ago, and 85 percent believe it will be even more so in five years’ time.

It is more vital than ever that companies consider environmental, social and corporate governance (ESG) factors in their management and that they seek to generate competitive advantages as part of an integrated sustainability strategy. According to Goldman Sachs’ analysis of companies on the S&P 500 Index, since 2010 there has been a 75 percent increase in the number of organisations that presented sustainability issues in their quarterly results. In 2018, 85 percent of the companies that were part of the S&P 500 published sustainability reports.

The asset management sector is not immune to this shift. More institutional investors are integrating sustainability issues into their investment processes. The number of signatories of the Principles for Responsible Investment has now reached 2,300, with a collective wealth of a little over $80trn in assets under management.

The definition of sustainable investing varies between organisations, but the GSIA’s interpretation is generally accepted as the global standard. It consists of seven criteria that determine whether an investment can be termed sustainable. These include negative or exclusionary screening (which excludes certain sectors, companies or practices from a fund due to a failure to meet ESG criteria) and positive shareholder action, where investors influence corporate behaviour in an environmental manner.

The reasons behind the growing interest in sustainability are many. According to a survey published by BNP Paribas, the main motivations for ESG investing are improving long-term returns (cited by 52 percent of respondents), followed by management of brand reputation (47 percent) and decreasing risk (37 percent).

Regarding the reduction of risk, the World Economic Forum’s Global Risks Report 2019 found that five of the 10 most likely risks were related to environmental issues. Only two concerned technology, two were societal and one was economic.

Weather manipulation tools, for example, could increase geopolitical tensions even as they offer a way for nations to mitigate some of the risks associated with climate change. A growing disconnect between urban and rural areas, food supply disruption, water shortages and issues related to space debris were all highlighted by the report as causes for concern.

This makes the incorporation of sustainability factors into investment decisions more relevant than ever. Rating agencies are already including these factors in their metrics. Between July 2015 and August 2017, Standard & Poor’s had 106 cases in which environmental risks prompted changes in ratings. Similarly, last year, Moody’s highlighted 11 industries that were at risk of being downgraded due to concerns about carbon generation. As climate change policies are set to reshape the global economy, it is understandable that credit rating agencies are responding accordingly.

I want to leave you with a comment that Larry Fink, founder of BlackRock, the largest asset manager in the world, made in his annual letter to company CEOs in 2019: “Purpose is not the sole pursuit of profits, but the animating force for achieving them. Profits are in no way inconsistent with purpose – in fact, profits and purpose are inextricably linked.”