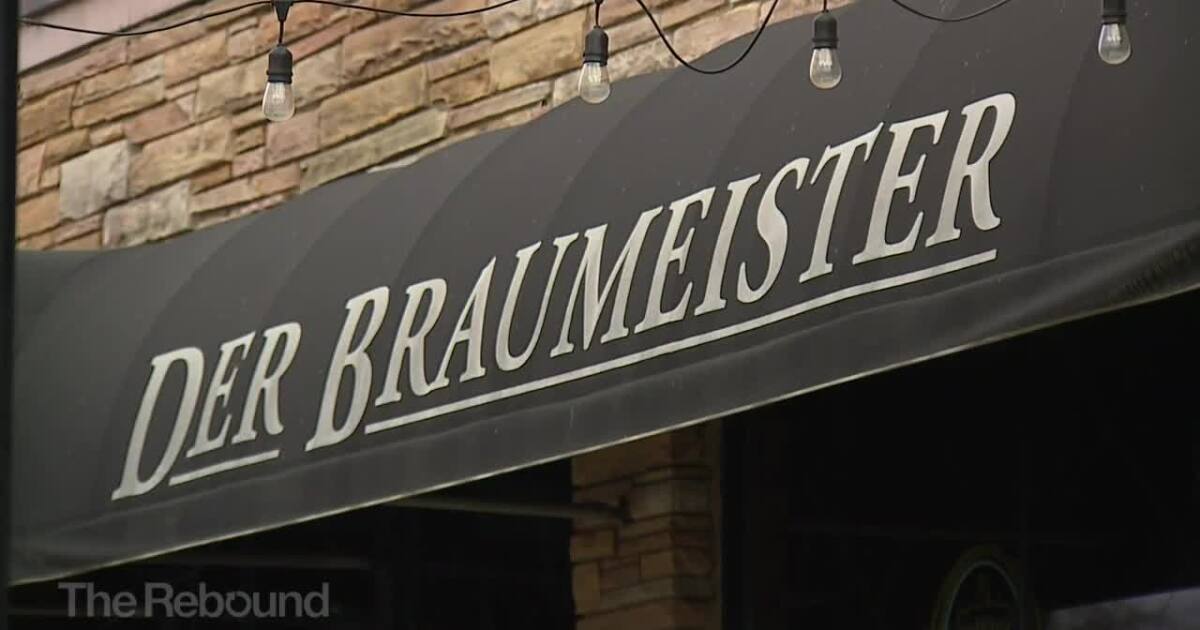 CLEVELAND — With an estimated 30 million Americans having filed for unemployment benefits and the economy contracting by near 5% in the first quarter, economists and business owners in Northeast Ohio are bracing for the second recession in a decade. Although this potential economic downtown features the classic hallmarks of a recession, experts are optimistic the rebound will be quicker than most.

“We had a booming lunch [prior to the Great Recession],” Wirtz said. “All the tool and die companies slowly started to pull out. They started to move from the neighborhood and close up shop.”

Since early March, Der Braumeister, along with thousands of other restaurants in Ohio, closed to dine-in services amid Gov. Mike DeWine’s executive orders to limit the spread of COVID-19. In the days that followed the order, Wirtz said the restaurant’s loyal following showed an outpouring of support.

“It was overwhelming. It was. It was amazing,” Wirtz said. “People called up, ‘How many gift certificates do you need me to buy this month to stay open?'”

As the days turned to weeks and the weeks to a month, revenue was slipping, Wirtz said. Then came a call from Cleveland Clinic.

“We’ve been blessed enough to have just one client serving hospitals and their employees,” Wirtz said. “They have hired us to do that. We’ve really lucked out with that. We could close down to the public and be able to make it through this.”

Der Braumeister is closed to the general public as the restaurant now produces hundreds of meals a week for Cleveland Clinic staff and caregivers. The contract with the Clinic is just one reason why the restaurant has managed to survive, Wirtz said.

“We’ve been so lucky because we also received PPP and we also received the SBA business loan as well. We have that cash to float us through. We were able to hire back all of our staff,” Wirtz said. “We are so lucky and so blessed right now.”

Wirtz knows her good fortune cannot be said for other businesses in Cleveland, namely bars and restaurants. The hospitality industry has been devastated by the coronavirus and the government orders intended to halt it.

“The course of the recovery is going to depend on the course of the pandemic. I think our forecast is assuming that the pandemic is going to turn in a direction that would allow restrictions on economy activity to ease in the second half of this year,” said Bill Adams, a senior economist for PNC Financial Services Group. “You would start to see an economy recovery coming out of that. But, again, it’s a public health issue that is going to drive the economic outcome.”

The looming question of whether a second wave of the coronavirus hitting the U.S. in late 2020 and early 2021 will weigh heavily on what kind of economic recovery will take place and when it might start, Adams said.

On Thursday, the US Department of Labor announced a total of 30 million Americans have filed for unemployment benefits since the pandemic began. In Ohio, jobless claims over the past six weeks have eclipsed the total jobless claims from the past two years combined. That loss of discretionary income will be felt for months to come as families potentially may opt to save money or pay down debt.

Although there is plenty of uncertainty, Adams said the economic recovery from the so-called ‘Viral Recession’ may be quicker and more robust than the Great Recession of 2008/2009. At that time, the economy had fissures and cracks brought on by the housing bust and sub-prime mortgage crisis.

Additionally, Adams said the manufacturing industry in the US was very strong coming into the pandemic.

“This is a totally different recession than the Great Recession. The Great Recession was driven by a housing boom gone bust and by a financial crisis. This recession, it really doesn’t have that much to do with the fundamentals of the economy, which were good coming into 2020,” Adams said. “It’s more analogous to a natural disaster… a hurricane hitting the whole country at once. Typically the recoveries from natural disasters are pretty fast.”

Back on Lorain, Wirtz said the coronavirus could prompt significant changes in her business and the restaurant industry as a whole. Hand-held menus may become a thing of the past. Restaurants may keep less product in stock for greater flexibility. Tables and booths in dining rooms may be spread further apart.

The family’s dedication to Der Braumeister, however, will never change, Wirtz said.

“The family just really kind of threw themselves into work. If you weren’t in the hospital or mourning the loss of a relative, you were here working,” Wirtz said. “I think Northeast Ohio is strong. I think we’ll see everyone on the other side of this stronger than people are anticipating, for sure.”