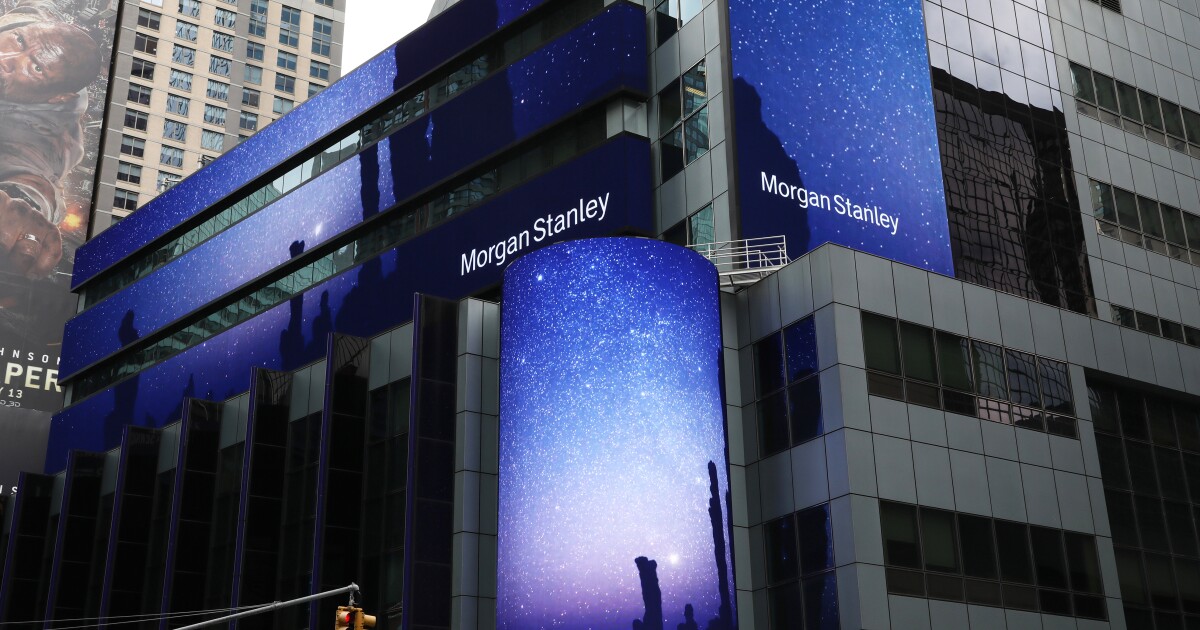 A former Morgan Stanley advisor who says she was used as a “sexual prop” is suing Morgan Stanley over an allegedly sexist workplace culture that cast women in demeaning, supportive roles while reserving for men the greatest opportunities for advancing their careers.

Kelley McGoldrick, 56, who joined Morgan Stanley’s Wellesley, Massachusetts, branch in November 2012, is seeking damages and lost wages from the wirehouse for a working environment she says “deliberately deprived her of income and made her working conditions intolerable” and ultimately “forced her to resign,” according to her lawsuit filed in April in federal court in Massachusetts.

Calling her claims “dated,” Morgan Stanley said in a statement, “We fully intend to defend the matter vigorously.”

The wirehouse is “fully committed to equal employment opportunity, and is proud of the fact that its training program for new financial advisors is approximately 50% diverse,” according to the statement. McGoldrick, it adds, “left that program voluntarily in 2017 to join a competitor without ever reporting under firm policy the dated claims she has now filed in litigation.”

McGoldrick contends in legal filings that she did complain to her branch manager, but that her concerns were dismissed. She says that her objections earned her a “reputation as someone who refused to play by the rules.”

A spokeswoman for Morgan Stanley declined to comment beyond the firm’s statement.

While working with a senior male partner, he encouraged her “to use sex to sell products by dressing suggestively and flirting with men,” she claims in the lawsuit.

“He repeatedly told Ms. McGoldrick that she had an advantage by being an attractive woman in a sea of male advisors, and that female clients are easier to service as they are less sophisticated and demanding than males,” her complaint says.

Eventually, the senior colleague dissolved their partnership, and the branch manager awarded him all of their shared clients, McGoldrick alleges.

Male coworkers, she says, referred to her as “babe” and “gorgeous,” while making sexually suggestive comments about her work with clients. She also recounts an incident at a company conference when a male colleague allegedly placed his hand on her upper thigh.

When McGoldrick entered into a joint production agreement with a male senior vice president in 2013 at the Wellesley branch, he insisted on keeping 96% of the revenue (and, later, 92% when another female associate was brought on), her complaint says. Splits of 75-25 or 70-30 are more common in similar arrangements, according to McGoldrick’s complaint.

Throughout her time at Morgan Stanley, McGoldrick claims that she was denied the administrative support that her male colleagues relied on to build their practices. She describes being denied access to Morgan’s portfolio management tool called Lydia, which was available to male advisors with comparable seniority, while her male partner forced her to handle many of his administrative tasks, she alleges.

By May 2017, McGoldrick had had enough, and left the firm. Two days prior to her formal departure, she registered with her current employer, Capitol Financial Advisors, a Commonwealth practice in Wellesley, where she works today.

“The only business development responsibility wanted Ms. McGoldrick to have was to attract male clients using her looks and to attract female divorcees using infantilizing business tactics,” McGoldrick says in her complaint. “She refused to accept these limited roles.”