We can restock the oceans by 2050, netting $10 for every $1 spent on conservation — here’s how  MarketWatch 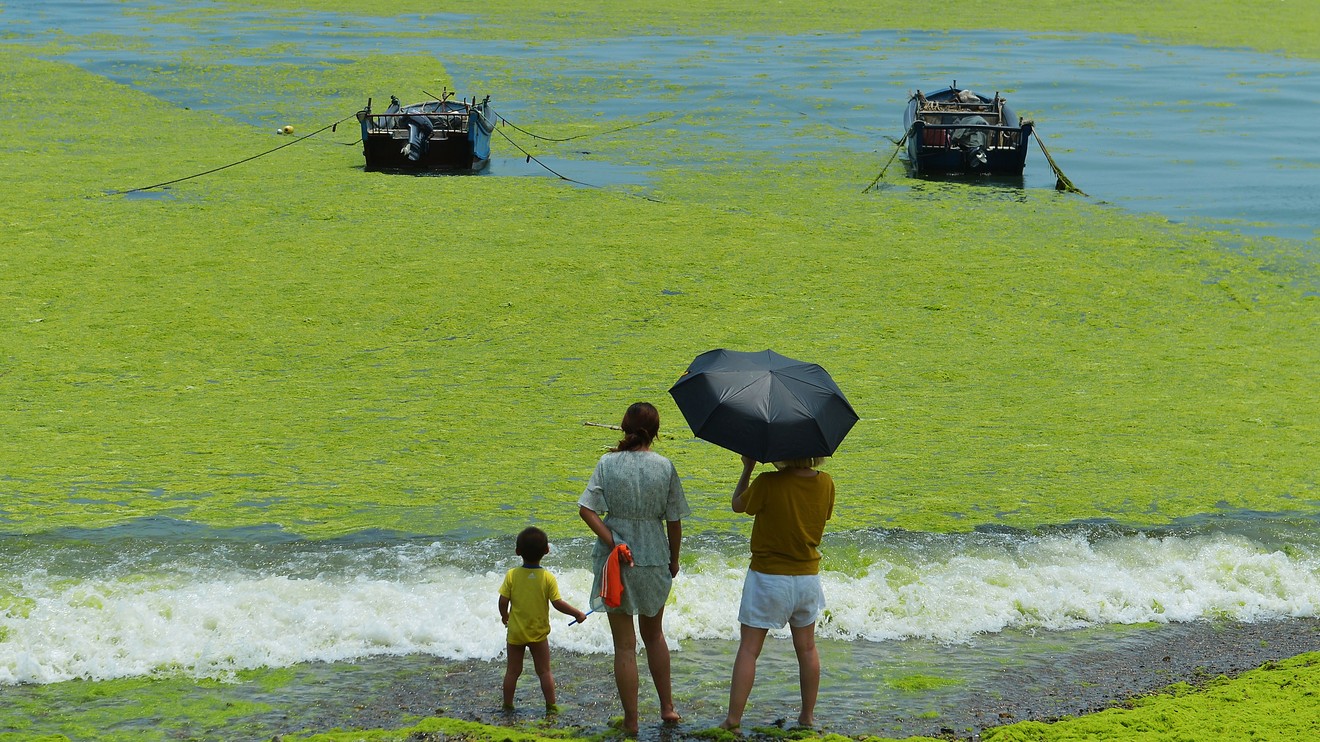 Allowing the planet’s ocean life to recover to full abundance by 2050 is not only achievable, a large group of research scientists says, but necessary to help feed the world, hold down insurance costs and keep profitable tourism afloat.

The ocean currently contributes 2.5% of global gross domestic product (GDP) and provides employment to 1.5% of the global workforce. Its estimated output was put at $1.5 trillion in 2010, which is expected to double by 2030, according to the Organization for Economic Cooperation and Development.

Supporting this economic engine is an effort that governments, universities and corporations can only jointly achieve and only if man-made climate change acceleration is checked, said Carlos Duarte, a professor of marine science, at Saudi Arabia’s King Abdullah University of Science and Technology (KAUST).

A report by Duarte, Agusti and others published in the journal Nature ahead of Wednesday’s marking of the 50th Earth Day, joins marine scientists across four continents, 10 countries and 16 universities.

Read:The first Earth Day 50 years ago was a shot heard around the world

What’s the cost for substantial rebuilding of marine life by 2050?

The researchers estimate at least $10 billion to $20 billion per year is needed to extend protection actions to reach 50% of the ocean space and substantial additional funds for restoration. Yet the economic return from this commitment will be considerable, projected by this group to be around $10 per every $1 invested and creating in excess of one million new jobs.

Ecotourism in protected areas provides 4–12 times greater economic returns than fishing without reserves, although rebuilt fisheries alone could increase the annual profits of the global seafood industry by $53 billion, the report argues. And conserving coastal wetlands could save the insurance industry $52 billion annually by reducing storm flooding while providing additional benefits of carbon sequestration, income and subsistence from harvesting and from fisheries supported by coastal wetlands.

Duarte and company believe they’ve offered specific, evidence-based recommendations to scale proven solutions globally but only if the industry that fishes these oceans and the governments that regulate them, grouped with nonprofits and others, all act with a singular purpose. Capital markets, too, must play their part.

The United Nations initiated, in 2018, a pact to reach a new legally binding treaty to protect marine life in the high seas by 2020. This proposed treaty could enhance cooperation, governance and funds for conservation and restoration of high-seas and deep-sea ecosystems damaged or at risk from commercial interests. This mandate alone would require funding of around $30 million annually, which could be financed through long-term bonds in international capital markets or taxes on resource extraction, the report suggests.

The report’s optimism is rooted in part in the fact that recovery has been achieved before. There was a rebound of fish stocks during World War I and World War II following a marked reduction in pressure from overfishing. Include as well the recovery since 1958 of coral reefs in the Marshall Islands from 76 megatons of nuclear tests and the improved health of the Black Sea and Adriatic Sea following a sudden reduction in the application of fertilizers after the collapse of the Soviet Union. More recently, a return to healthier population of humpback whales can be celebrated.

In fact, scientists the world over are trying to connect potential long-run impacts on the environment, health care and other factors from what’s been learned through the COVID-19 pandemic, which while costly in human life has brought a short-term lull in pollution and other detrimental environmental effects that are under study.

The optimism is countered with a healthy dose of realism. Achieving substantial recovery by 2050 requires that major pressures are mitigated soon, including climate change under the Paris Agreement, which at its most aggressive calls for slowing global warming to an average of 2 degrees Celsius. So far, the world is on course for a 3- to 4-degree Celsius rise, with potentially dramatic consequences for many countries, including rising sea levels and fiercer storms.

Climate change affects the demography, phenology and biogeography of many marine species and compromises the productivity of marine ecosystems, the report says. The biggest example is perhaps the heat-related bleaching of coral reefs. Current impacts of realized climate change on many coral reefs raise concerns about the future prospects of these ecosystems.

How coastlines, and the people who occupy them, relate to major water bodies is a key area in the oceans report. A major roadblock to recovery for intertidal habitats, such as man-groves and saltmarshes, is their conversion to urban areas, aquaculture ponds or infrastructure. However, even in large cities, such as New York and China’s Shenzen, some restoration of degraded habitats has been achieved. Incentives to develop alternative sources of livelihood, relocate landholders, mediate land-tenure conflicts and improve land-use planning can release more habitat for coastal restoration, the scientists say.

Read:A mutant bacterial enzyme can break down plastic for recycling in just hours

The call for global cooperation on oceans and other ecosystems comes at a time when the U.S. has relaxed some longstanding environmental regulations and has advanced what President Trump has called an “America First” approach to foreign policy, and with it, say climate advocates, the relinquishment of a longtime role as a leader on global environmental issues. That includes withdrawing from the Paris Climate agreement (Trump has argued that noncompliance by other large nations helped inform his decision) and halting funding for the World Health Organization.

Just this week, there’s been a change to the Navigable Waters Protection rule, which reduced federal protections for wetlands and other waters of the United States (WOTUS).

“The rule changes to WOTUS complicate the picture for the science and natural resource management communities,” said Jeremy Schewe, chief scientific officer and cofounder of consultants Ecobot. “In some cases, lands are now subject to conflicting state and federal laws and some federal agencies, such as FERC, will still be abiding by the old rules.”

Making the stakes for wetlands even higher, last month, the EPA waived enforcement of many of its health and environmental protections, citing the coronavirus.

“Environmental scientists and engineers who are responsible for safe building practices understand that water doesn’t care if it’s not regulated; it will flow where it wants to flow,” said Schewe. “So the answer to the regulatory burden is not always in reducing or eliminating regulation, but improving technology.”

The oceans review is timely, as nations consider their actions to conserve biodiversity beyond 2020 and as even longtime fossil fuel-reliant Saudi Arabia, home to the KAUST university that participated in the study, now considers itself a leader among G-20 partners in accepting man-made climate challenge and backing proposals to protect coral reefs and other vulnerable marine ecosystems.

“We have a narrow window of opportunity to deliver a healthy ocean to our grandchildren’s generation, and we have the knowledge and tools to do so. Failing to embrace this challenge — and in so doing condemning our grandchildren to a broken ocean unable to support high-quality livelihoods — is not an option,” Duarte said.