Would We Have Already Had a COVID-19 Vaccine Under Socialism?  In These Times

For the dark side of patent rights, consider Italy, where the coronavirus outbreak has resulted in the highest death toll as of the end of March. As Italian hospitals began to run out of a particular valve needed for equipment used to treat COVID-19, Cristian Fracassi and Alessandro Romaioli reached out to Intersurgical, the patent holder and manufacturer of the valve, hoping to 3D-print them (at a cost of about $1 per piece). Intersurgical refused to share the design, however, citing “manufacturing regulations;” one volunteer claims they were told the design was “company property.” The two volunteers devised the design anyway and printed the valves. (On a related note, the German government was outraged to learn that Trump offered the German pharmaceutical company CureVac $1 billion to develop a vaccine for the coronavirus exclusively for the United States.)

In fields like tech, where improvements can happen very fast, patent protections can hinder development. While the patent holder can certainly improve on their own invention, they may choose not to do so for any number of reasons: perhaps lack of skill or interest, or mediocre profit potential, for example. Meanwhile, equally qualified competitors may be discouraged from trying to innovate at all, knowing they would need patent permissions. Companies must spend considerable time and money obtaining various patent permissions. On any modern smartphone, for example, the incorporation of now-standard features (such as Wi-Fi capability, touchscreen technology, video recording, digital photography and data transfers) involves thousands of patents. Research organization Engine notes that “Bluetooth 3.0 [is] a technology incorporating the contributions of more than 30,000 patent holders, including 200 universities.” Conglomerates like Google have large legal teams and millions of dollars devoted to patent purchases and litigation. (The company bought the phone manufacturer Motorola for $12.5 billion outright in 2011, reportedly to acquire Motorola’s trove of patents.) Because most people do not have this kind of economic power, the current patent system shrinks the overall pool of innovators, slowing down progress.

The cost of delayed innovation might be benign—a slower browser, a glitchy phone, choppier video—but it might also be measured in lives. Tom Frieden, former CDC director, has estimated that, in the worstcase scenario, more than 1.5 million people could die of COVID-19 on U.S. soil alone.

Many of the most sophisticated innovations of our time, from groundbreaking drugs to smart car technology, have depended on a deep pool of creative labor. But the idea that capitalism allows the bestsuited workers to join that pool is wishful thinking. As journalist Chris Hayes writes in Twilight of the Elites: America After Meritocracy, meritocracy “can only truly come to flower in a society that starts out with a relatively high degree of equality.” From 1979 to 2015, the annual average household income of the top 1% grew five times faster than that of the bottom 90th percentile. The reality is that deep inequalities in how this country’s wealth is distributed make meritocracy all but a myth. Some people can afford to attend college and access spaces where discovery is encouraged, moving into a “creative pipeline,” while their poorer peers go right into the workforce or juggle demanding classes with work schedules. While some with great innate talent for innovation end up in these coveted creative jobs, many more—poor and workingclass—are pushed by financial necessity into positions mismatched to their potential.

In theory, one doesn’t need a creative-focused job to innovate. But creativity requires a certain freedom— an ability to “waste” time, to work nonlinearly, to experiment and repeatedly fail. Capitalism’s constant dictate to maximize productivity leaves people with little time to spare, at work or at home—especially in poor and working-class households: The bottom fifth of earners have seen their work hours increase by 24.3% since 1979, compared to 3.6% for the top fifth. 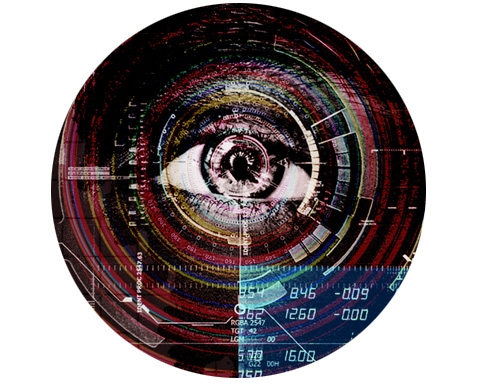 Being in a more precarious financial position, or in a job with little security, also discourages workers from taking risks, even when the risks might lead to innovation. The precarity makes it difficult to approach one’s supervisors and ask for sick days, let alone personal time to go down rabbit holes. It makes it frightening to change fields or spend money on any project that might result in even more precarity.

Notably, the corporate structure itself has been known to stifle creation. Many corporate firms are under the effective control of shareholders, to whom managers owe a fiduciary duty to maximize profits. Shareholders who believe this duty has been breached typically have the right to sue the corporation. While this power can be used for the greater good—note how Tesla was sued by shareholders in response to its poor safety record—it also opens the door to shortsighted shareholders. One DuPont shareholder, for example, demanded the chemical company “not invest a single dollar in research that will not generate a positive return within f ive years.” What’s more, according to a 2017 working paper by the Institute for New Economic Thinking, “Many of America’s largest corporations, Pfizer and Merck among them, routinely distribute more than 100% of profits to shareholders, generating the extra cash by reducing reserves, selling off assets, taking on debt or laying off employees.”

Even the most creative of workers who make it into innovative roles in the private sector may find themselves starved of resources. As professors Chen Lin and Sibo Liu of the University of Hong Kong, and Gustavo Manso of the University of California, Berkeley, explain in a 2018 study, the threat of shareholder litigation generally discourages managers from “experimenting [with] new ideas,” which acts as an “uncontrolled tax on innovation.”

CityLab reports that, in response to the pandemic and the scarcity of official information, “a group of coders, analysts, scientists, journalists and others are working to follow coronavirus testing across the country through an open-sourced database called the COVID Tracking Project.”

Open-source communities have existed since the 1980s and have contributed to a range of innovations, from the creation of the internet to cheaper prosthetics and better disaster management systems. Typically, these online open-source collectives are made up of unpaid volunteers who contribute code and features meant to be used freely. A 2006 study from the University of Illinois set out to understand why coders would donate hours of their personal time to open-source projects. Researchers found that some enjoyed the freedom and creativity of managing their own work and disliked the hierarchical communities that claimed exclusive control over projects. Other coders said they had withheld their labor from more privatized projects because seeing their contributions redirected to private hands sapped both creativity and motivation.

The European Organization for Nuclear Research in Switzerland, known as CERN, has long adhered to an “open-source” philosophy, the belief that “the recipients of technology should have access to all its building blocks … to study it, modify it and redistribute it to others.” This communal ethic has helped support incredibly innovative projects. CERN operates a massive particle physics laboratory; its Large Hadron Collider (LHC) particle accelerator runs 17 miles underground and relies on collaboration networks developed through the open-source cloud system OpenStack. The LHC discovered the Higgs boson particle in 2012, earning a Nobel Prize for physicists Peter Higgs and François Englert. Two years after the Higgs boson discovery, CERN made data from its LHC experiments free to the public through an open data portal, which CERN then-Director General Rolf-Dieter Heuer hoped would “support and inspire the global research community, including students and citizen scientists.”

Some of the most innovative companies in America are now open-sourcing certain projects. On the heels of four years of lawsuits over a number of smartphone patents in 2014, for instance, Apple and Google announced they would settle out of court and “work together” on patent reform. The next year, Microsoft and Google co-founded the open-source Alliance for Open Media. A number of other companies came on board, including Apple, Amazon, Intel, Cisco, Facebook, Mozilla and Netflix. Its goal was to improve video compression technology, which had been held hostage by two patent holders charging millions in licensing fees. Netflix reported the new, open-source, royalty-free video technology improved its compression efficiency by 20%.

Rather than causing the imagination to stagnate, the Alliance for Open Media’s adoption of socialist principles benefited all involved—the larger media industry and their consumers alike. Of course, as Google demonstrated when it recently fired five employees involved in union organizing, the corporations involved are not challenging the economic status quo—they benefit from the precarity of work and go to great lengths to protect their bottom line. It is also highly likely that, aside from open-source advocates like Mozilla, most members of the Alliance for Open Media joined because it was economically advantageous. Intel’s director of strategy and planning, for example, explained his company believed the open-source project would “lower delivery costs across consumer and business devices as well as the cloud’s video delivery infrastructure.”

Without the likely economic benefit, it is difficult to say whether the Alliance for Open Media would have ever formed—and it is precisely because of this uncertainty that a more dramatic shift to a socialist economy is necessary to maximize new innovation. Those in power stand to benefit from sowing fear around socialism, but the rest of us would be better off in a society reorganized around democracy, equality, solidarity, autonomy and collective ownership.

That shift would mean more publicly funded medical research and cheaper drugs reaching those in need faster. It would mean more fearless development, unimpeded by expensive shareholder lawsuits and patent disputes. It would mean life-saving drugs like Truvada being available for all, rather than all who can afford them, and widespread economic security through the kind of safety net that empowers anyone to explore their talents, rather than just the children of the welloff. It would mean labor rights that allow workers to shape their working conditions and turn workplaces into places where ideas can thrive. It would mean an expansion of the open-source philosophy to promote free knowledge and perspectives, with collective ownership of the discoveries fueled by collective investment. It would mean an unwavering commitment to the funding of public institutions and projects, without a constant eye toward financial return.

And perhaps paramount in our minds in this moment: It would mean developing a vaccine against a disease as dangerous as COVID-19—before it could become a global pandemic.

Vanessa A. Bee is a lawyer, writer and associate editor at Current Affairs.

Never miss a story. Subscribe to the free In These Times weekly newsletter: