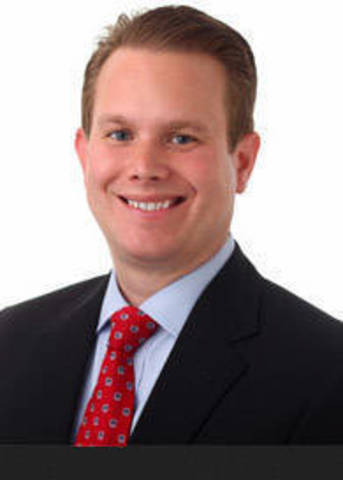 The settlement with Fair Share Housing means the township will only have to build an additional 195 affordable housing units,beyond those that have already received approval.

The settlement must be approved in Somerset County Superior Court at a later date.

You have successfully signed up for the TAPinto Hillsborough Newsletter.

The township has been entangled in litigation and negotiations over its fair share housing obligation for well over two decades.

Fair Share Housing Center, founded in 1975, is a New Jersey public interest organization devoted to defending the housing rights of New Jersey’s poor through enforcement of the Mount Laurel Doctrine, the landmark 1970s decision that prohibits economic discrimination through exclusionary zoning and requires all towns to provide their “fair share” of their region’s need for affordable housing.

“Throughout the process, the Township’s underlying theme was to minimize the obligation while addressing the responsibilities that the State of New Jersey has mandated upon us as to affordable housing,” said Mayor Doug Tomson.

“This unfunded mandate without diligent negotiations on behalf of Hillsborough Township would have led to further exacerbation of school overcrowding and residential development on our open space. I call upon the Governor and the State Legislature to address affordable housing,” Tomson added.

Hillsborough Township’s final number is lower than that of municipalities of comparable size in Somerset County as a result of the Township’s efforts working with the Court’s Special Master, Fair Share Housing Center and various interveners.

“The Township has been working with many interveners throughout this arduous process,” added the township’s Special Counsel on Affordable Housing, Eric Bernstein.

One of the strategic moves that the Township employed while negotiating with developers was to require sites to provide a 24 percent affordable obligation versus the 10-20 percent requirement utilized by most other municipalities, Tomson said.

This meant that developers would be required to set aside 24 percent of their housing units to be allocated to the Township’s affordable housing obligation instead of only 10-20 percent which would have resulted in more market rate and overall residential housing development having to be built to meet the affordable obligation, according to the mayor.

Most recently, the Township has taken several steps to protect the community and preserve the bucolic character of the town, which has been so attractive to residents and newcomers earning many accolades over the past several years, including its designation as “One of the Best Places to Live in America” in national publications, Tomson explained.

Hillsborough has been consistent in its efforts to preserve as much open land as possible. In 2018, through a joint purchase agreement with the Somerset County Improvement Authority, the Township acquired 335 acres, contiguous to both Ann Van Middlesworth Park and Mountain View Park. Through this strategic purchase, nearly 2,000 residential homes were prevented from being built, which in turn also reduced the Township’s affordable housing obligation by at least 400 units.

The Township’s strategy did not end with land preservation in mitigating the number of affordable units, Tomson said.

Through a relationship with Premier Development and Midland School the Township continues the development of housing for adults with intellectual and developmental disabilities; the Township has been able to assist in providing such needed housing, while receiving additional credits towards its affordable housing obligation, according to Tomson.

“Throughout the state of New Jersey, there continues to be a tremendous need for quality housing for adults with developmental disabilities. Many of these individuals reside at home with their aging parents, on a waiting list that stretches into the thousands. Parents are desperately seeking a solution that will afford them some sense of confidence and security that will stand the test of time,” said Shawn McInerney, president and CEO of Midland School.

“These new homes we will build for Midland will be a part of a new larger residential community in Hillsborough. This will allow individuals with intellectual and developmental disabilities to be truly integrated within the community,” he added. “Midland has an outstanding reputation, and we are very excited to be partnering up with them to provide this great new opportunity for their clients in Hillsborough,”

Another aspect of meeting the obligation was the development of age restricted communities within the Township, which also afford credits towards the final obligation number, according to Tomson. The creation of such communities provides housing for the senior citizen population; addresses affordable housing concerns within that community and lessens the impact of school-aged children residing in the new housing, the mayor added.

Finally, as a result of the successful negotiation, Hillsborough Township will have met its quota for affordable housing through June, 2025, according to Tomson.

The Township has been proactive in educating the residents of Hillsborough Township, and keeping them informed of what the municipality was facing in terms of its fair share housing obligation, Tomson said.

“For example, last year, then Mayor Frank DelCore held a Town Hall meeting on Affordable Housing, which included a panel of presenters to assist the public in understanding the complexities of the affordable housing mandates and their impacts,” Tomson said. “We appreciate our residents’ continued support and understanding throughout this long and arduous process while we continue to put the Township’s best interests first.”