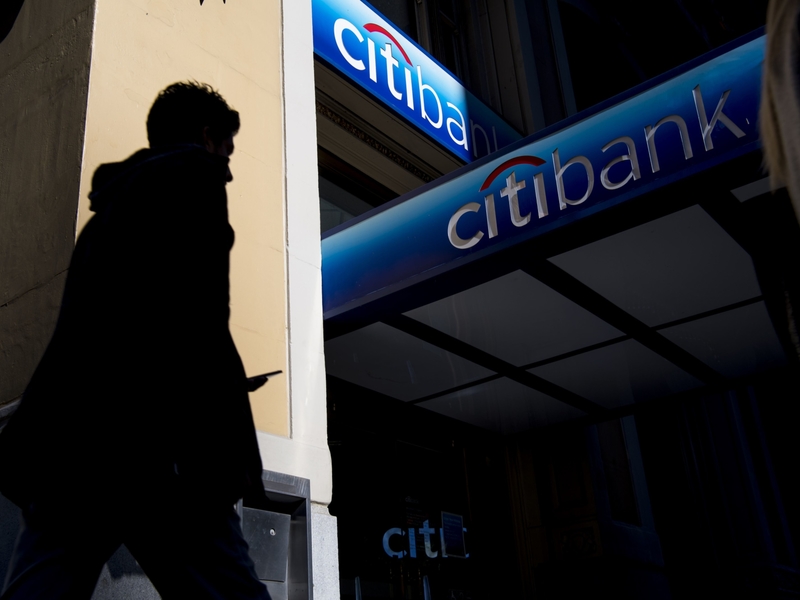 Citigroup Inc. and Truist Financial Corp. are among banks that have been selling off hundreds of millions of leveraged loans to help unwind swap trades tied to the debt, according to people familiar with the matter.

The banks solicited buyers for around $1.3 billion in two separate leveraged loan auctions on Tuesday, said the people, who asked not to be named discussing private transactions. About half of the loans seeking bids ultimately traded, the people added.

Representatives for Citi and Truist, the entity formed from the tie-up between BB&T Financial Corp. and SunTrust Banks Inc., declined to comment.

Total-return swaps can give investors amplified exposure to assets like leveraged loans. In a typical agreement, an investor pays a bank an agreed-upon rate and in return receives payments based on the performance of a specific loan. Swap receivers typically post minimal collateral upfront, giving the transactions leverage that can beef up returns when times are good but magnify losses when prices decline.

Amid the coronavirus panic, the S&P/LSTA Leveraged Loan Price Index has tumbled nearly 20 points to as low as 76.2 cents on the dollar, which left many investors vulnerable to margin calls. Still, on Wednesday the market showed signs of bouncing back from the slump, with the index rising to 77.91 from 76.35 on Tuesday, the biggest jump since 2009.

Total-return swaps have mark-to-market triggers that enable banks to demand more collateral from swap receivers. Investors in other asset classes like non-agency mortgage-backed securities have been scrambling to meet margin calls after risky asset prices plunged rapidly amid the pandemic.