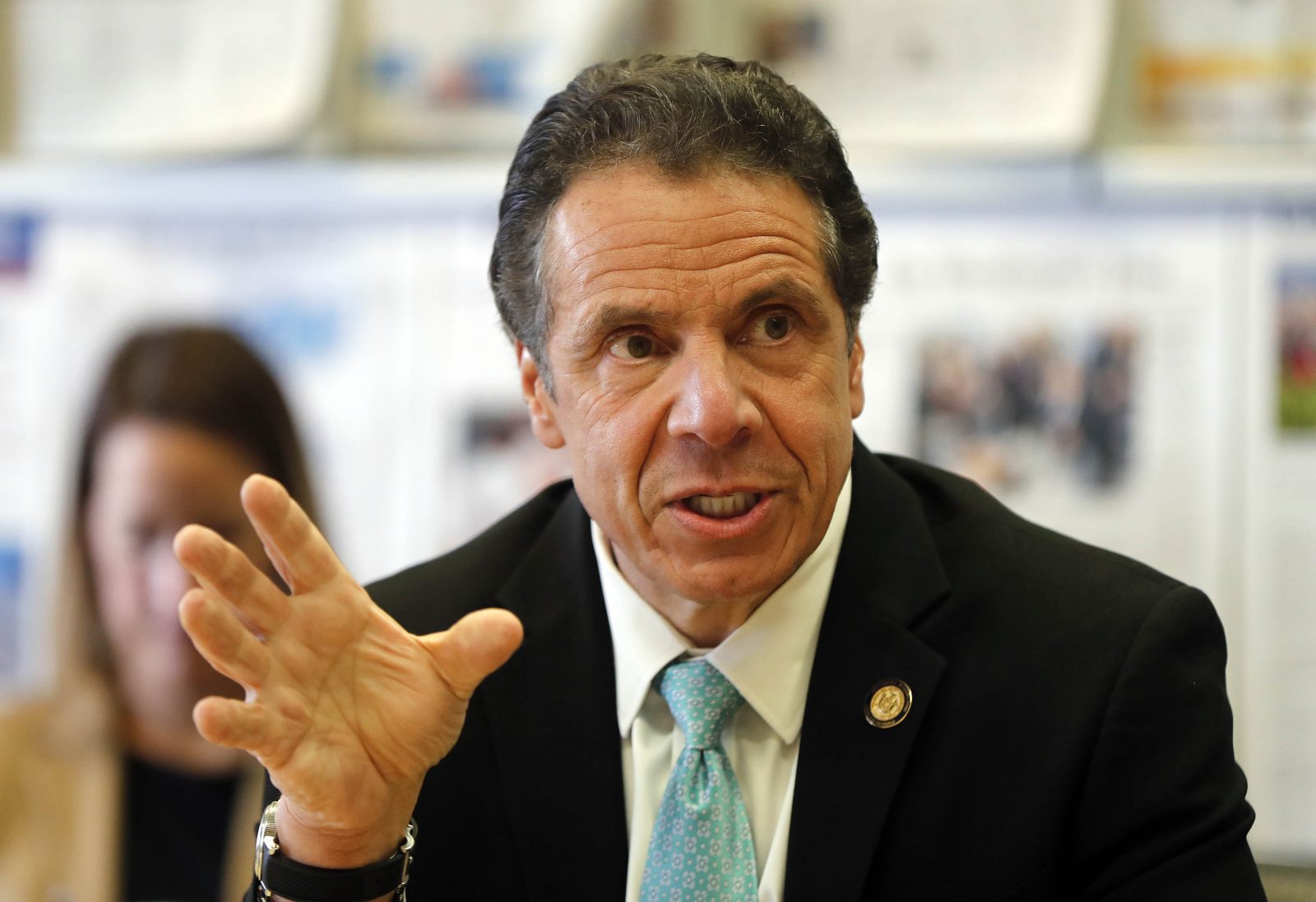 ALBANY – Businesses across New York are being ordered to keep at least 50% of their employees at home in a desperate attempt by officials to try to control the spread of the novel coronavirus, as the state joined Pennsylvania, New Jersey and Connecticut ordering the closure Thursday night of indoor portion of shopping malls, bowling alleys as well as zoos, aquariums, fairs and “family and children’s attractions” effective Thursday night.

The governor issued an executive order barring localities from issuing their own emergency orders without state approval, such as shelter in place orders. President Donald Trump is dispatching a naval hospital ship to New York City, state lawmakers met in a remarkable session to limit density following the revelation of positive virus cases by two downstate legislators, and everyone from schools to local governments were bracing for potential big cuts in state funding as tax receipts to Albany plummet.

The crisis has deepened to the point where New York is relaxing licensing standards for physicians and nurses as officials seek help from retired and other health care professionals; nurses licensed in other states, but not New York, can now practice in the state without criminal or civil penalties.

“The crisis at hand is a public health crisis,” Gov. Andrew M. Cuomo said in announcing an executive order that will be imposed on all businesses except certain essential sectors, including those in the food, delivery and retail pharmacy industries.

“I understand that this is a burden to businesses,” Cuomo said of an order that is going to further hit an already battered state economy.

The state is also seeking federal assistance to double the number of hospital beds – now at about 50,000 – to handle an expected surge of hospitalizations by people with the virus.

As localities consider communitywide quarantines, Cuomo said he will not OK any plan that “imprisons” residents who still need to go to doctors and grocery stores.

President Trump has pledged assistance to New York, home to the most virus cases in the nation; on Wednesday, he dispatched a 1,000-bed military floating hospital ship – the USNS Comfort – to New York City harbor. It won’t arrive, however, until mid-April.

As of Wednesday afternoon, the state had seen 2,382 confirmed cases of the coronavirus, up 1,008 from yesterday.

A majority of people who are infected with the coronavirus will recover. A total of 549 people have been hospitalized in the state; 108 have been released. Twenty have died.

The state did not immediately release a full list of businesses that are exempt from the new mandate that half of all employees work from home. Besides food stores and pharmacies, the mandate will also cover the shipping, media, warehousing, food production, utility, financial institutions and health care provider industries.

Cuomo repeated a voluntary request: that all businesses have employees work from home if they can.

Lawmakers returned to Albany Wednesday for a session that no one quite knows will be for one day or multiple days or until Cuomo and the Legislature agree on a new 2020 state spending plan. Special steps were being taken to reduce the density of people. Two state Assembly members have been diagnosed with the virus, and officials have not yet said if others, including staffers, are in any kind of quarantine.

Officials are facing dire choices with a new state budget, which is due by March 21. State Comptroller Thomas DiNapoli said Tuesday that revenue estimates by Cuomo and lawmakers could be $7 billion or more too high. As seen in past fiscal meltdowns, that could force big spending cuts in programs like state aid to public schools, which is nearly one-fourth of the state-funded portion of the budget.

“I don’t think now is the time to tell people we’re going to raise your taxes,” he said Wednesday.

Democrats, including Cuomo, changed their minds from just yesterday about their plans to tack on sweeping new, mandatory sick leave requirements on employers into an emergency bill regarding coronavirus victims.

A new bill was introduced Wednesday morning narrowly focusing sick leave requirements on employers for workers who test positive for the virus or have been placed under mandatory or precautionary quarantine by state or local health officials.

All state and local government agencies must provide such covered employees with at least 14 paid sick days. It was passed and signed into law Wednesday night.

The 63-member Senate passed the bill with only a handful of members physically present as officials kept other lawmakers off the floor to reduce density levels. “It’s an unprecedented day,” Senate Majority Leader Andrea Stewart-Cousins said to the rows of empty seats and a few of her colleagues and staffers.

The Assembly was practicing similar density reduction rules and was moving Wednesday on the same bills.

“We are working through this extraordinary time and taking precautions to keep everyone safe but ensuring that government continues to function and move forward, and there’s never been a more important time now for government to play a role in protecting the citizens of the State of New York,” said State Sen. Tim Kennedy, a Buffalo Democrat.

The Democratic governor again offered praise for President Trump, whose administration he sharply criticized only a couple of days ago for its handling of the coronavirus spread. Cuomo said Trump is providing help in a variety of ways to New York State, which has the largest number of confirmed virus cases in the nation.

A three-state coalition – New York, Connecticut and New Jersey – that enacted new, uniform public density restrictions were joined in that effort on Wednesday by Pennsylvania. The news in New York came as the U.S. and Canada announced the closing of its shared, 5,525-mile border to all but essential travel.

A spokeswoman for Citigroup, which employs more than 1,800 at its complex in the CrossPoint Business Park in Getzville, said it’s “in compliance” with the new directive. The New York City-based banking giant already allowed employees to work remotely from home if they are able to, and also divided up its workforce into two teams that will alternate which week they work on-site or remotely.

M&T Bank Corp., one of the city’s biggest employers, has asked its managers to “progress to a stage where they can operate their businesses with as few colleagues working in the office as prudently possible,” said spokeswoman Julia Berchou. She said some departments can do this immediately, while others are working “to prepare appropriately and limit customer disruption.”

Geico Corp., the auto insurance giant that employs more than 3,200 at its Amherst operations center, has already “taken many proactive steps since early last week to help reduce our in-person staff,” which is down by more than 50% in Buffalo, said spokesman T. Kevin Walker.