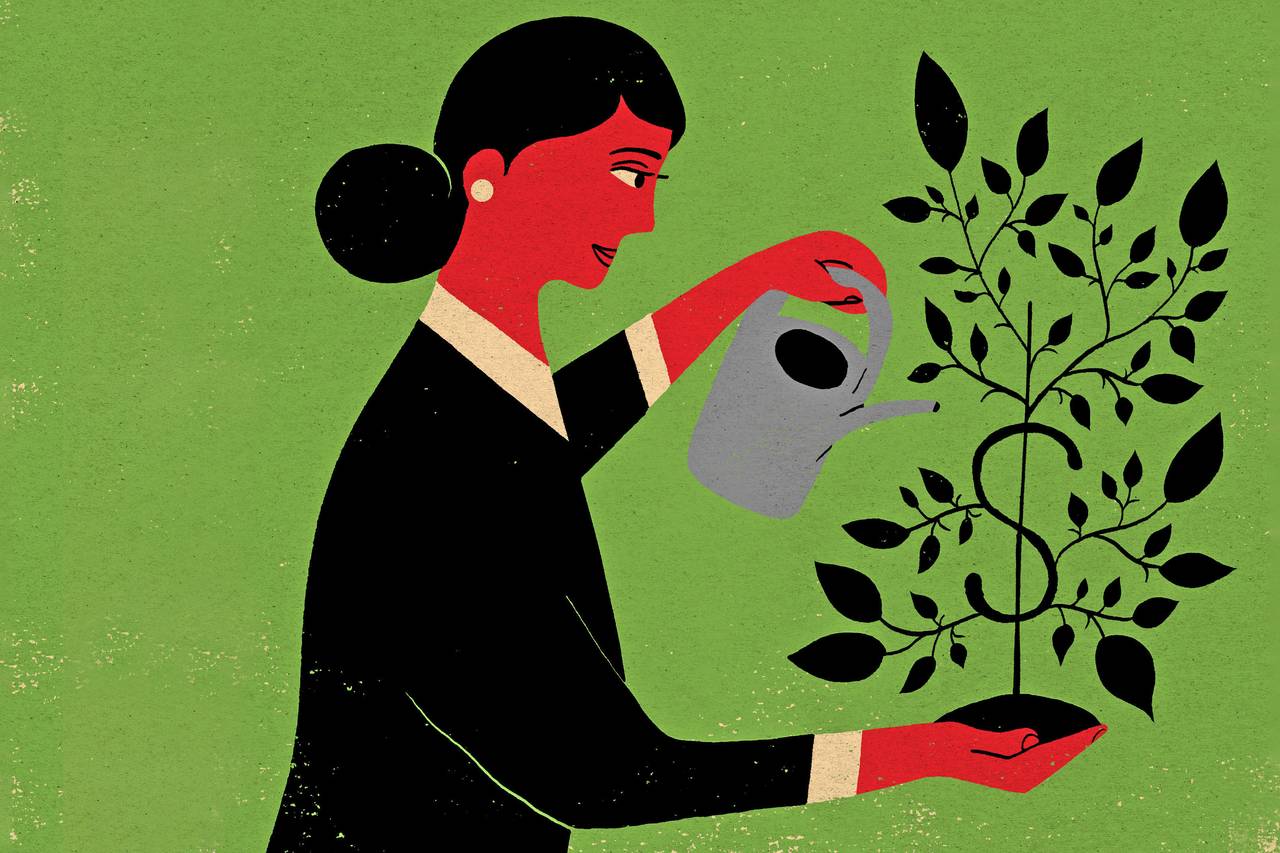 Hetty Green was born in 1834 to a family that made millions from whaling and shipping. She read the financial pages to her grandfather, took over accounting for the business when she was 13, and at 14 declared that she knew “as much about finance as any man”. By investing in government bonds, real estate, and railroads, she later turned her inheritance into a fortune that rivalled those of John D. Rockefeller and Andrew Carnegie. But it was her gender that made her career the subject of “endless comment, curiosity, and astonishment”, the New York Times wrote upon her death in 1916.

Much has changed for women working in finance in the century-plus since, although there is plenty of room for improvement. Women remain under-represented in the top echelons of US finance, at an estimated 25%. But there’s good news, too: Their clout has never been greater, nor their contributions more in demand.

For proof of that, look no further than the stature and achievements of the women named to Financial News‘s sister publication Barron’s inaugural list of the 100 Most Influential Women in US Finance: chief financial officers at major US companies, leading executives at some of the nation’s largest banks and brokerages, investment managers and securities analysts, financial advisers and wealth managers, and public servants and policymakers, all of whom have helped shape the modern financial services industry and are leading it confidently into the future.

Barron’s list isn’t ranked, but instead presented alphabetically. In this and succeeding weeks, we will publish profiles of all 100 women on Barrons.com.

To create Barron’s 100 Most Influential Women list, we solicited nominations from Barron’s readers, finance industry executives, and our in-house experts: the writers and editors at Barron’s who cover markets every day, and make it their business to know who’s calling the shots on Wall Street and elsewhere in the financial sector. Culling an initial list of hundreds of names was no easy task, given the creativity and accomplishments of the women nominated. The final list was assembled by a panel of Barron’s journalists.

The women on our list are all US-based. (Click here for the latest list of the 100 Most Influential Women in European Finance.) Other criteria for inclusion were positions in money management, investment research, banking, financial regulation, trading, brokerage, family offices, advisory services, and financial policy and advocacy. We also considered, and included, notable CFOs of major non-financial companies, but not CEOs or other senior management.

The 100 women on the list were chosen based on their accomplishments and leadership within their organisation, influence within their sector, and the capacity to shape their business or the industry in the future.

“This isn’t just about women. It’s about diversity of thought, of background, of ethnicity, of gender”

Barron’s decision to recognise and honour influential women in finance comes at a time when business institutions themselves have begun to realise that their long-term competitiveness, and the health of the capital markets, require remediating the industry’s gender gap. In the financial world, men have generally made more money than women and dominated management.

Increasing the number of women managers leads to diverse thinking and better decision-making, however. For example, research shows that putting women on boards of directors helps to moderate management overconfidence. Companies also want to ensure they’re attractive to younger employees, some 50% of whom are female.

“The best investment teams are ones that have diversity of thought,” says Amanda Pullinger, a former investment banker who runs 100 Women in Finance, a 15,000-member organisation that supports women in the industry through education, engagement, and philanthropy.

Christine Lagarde, president of the European Central Bank, has said that putting more women in leading roles in banking might have averted the financial crisis.

“We have to have the best talent,” Brian Moynihan, CEO of Bank of America, told Barron’s in a recent interview. “We have $53 billion in expenses and $30 billion is related to our people. If you can’t get talent half the population, you’re not spending your money wisely.”

Attempts to narrow the gender gap are far from perfect, but they are improving. Women represent half of the incoming class of new bank employees at Citigroup. “It’s really the ability to attract the proper inbound talent and retain that talent, to create role models and mentors to look up to,” says Citi CEO Michael Corbat.

Greater gender diversity is good for men, too, not least because it tends to result in better investment returns. In a study of 3,000 companies globally, Credit Suisse found that companies in which women hold 25% of decision-making roles generate 4% higher cash-flow returns on investment than the overall MSCI All Country World Index. Where women accounted for half of the senior managers, the companies produced 10% higher cash-flow returns on investment than the index.

The lack of racial and ethnic diversity among women in finance is even more glaring than the gap in gender diversity. According to McKinsey’s 2019 Women in the Workplace study, conducted in partnership with LeanIn.Org, women of colour account for a mere 5% of senior vice presidents at financial companies in the US and Canada, and 4% of C-suite occupants. White women, in contrast, fill 21% of senior vice president roles, and 18% of C-suite jobs.

Goldman Sachs Group recently said it won’t take companies public as of 30 June unless they have at least one diverse board director; the bank plans to focus on women. The numbers help to explain why. Companies with one diverse board member saw a 44% increase in their share price, on average, within a year of going public, according to Goldman research, while those with no board diversity had only a 13% increase.

Says Alison Mass, one of our honorees, who chairs Goldman’s investment banking division: “This is a business imperative, not diversity for diversity’s sake….This isn’t just about women. It’s about diversity of thought, of background, of ethnicity, of gender….We’re at a moment where people recognise the business imperative of diverse thinking.”

Our list includes numerous successful women in asset management, among them three of the four women panelists on the Barron’s Roundtable: Meryl Witmer of Eagle Capital Partners; Rupal J. Bhansali, who oversees international and global investing at Ariel Investments; and Sonal Desai, head of fixed income investing at Franklin Templeton, a unit of Franklin Resources. The fourth, Goldman Sachs advisory director and senior investment strategist Abby Joseph Cohen, also joins the list in recognition of her enduring influence and pioneering career that paved the way for other women to climb Wall Street’s ranks in recent decades.

“I did not realise that my experience of having intuitively understood money from a very young age wasn’t the experience of other women out there.”

Also on the list are two (unrelated) Johnsons — Abigail Johnson, CEO of FMR, the parent of Fidelity, and Jennifer Johnson, president and CEO of Franklin Resources. Muriel Siebert, the first woman to hold a seat on the New York Stock Exchange, in 1967, died in 2013, but she might have liked that Stacey Cunningham, president of the NYSE, and Adena Friedman, president and CEO of Nasdaq, are on our list.

In addition, you’ll find women like Carla Harris, who have held prominent roles in the private sector and the public arena. Harris, vice chairman of wealth management at Morgan Stanley, chaired the National Women’s Business Council during the Obama administration. “I was very proud of having gotten that appointment by President Obama,” Harris says, adding that she feels “very strongly that it is your responsibility at every stage”.

We’ve also included women who advocate tirelessly for investors, such as Barbara Roper of the Consumer Federation of America, and Suze Orman, an expert in personal finance.

And we’ve honoured leaders in environmental, social, and corporate governance-focused investing, such as Anne Simpson, director of board governance and strategy at the California Public Employees’ Retirement System, the nation’s largest pension fund, and Mindy Lubber, CEO and president of the non-profit Ceres. Both are key architects of the influential investor group Climate Action 100+, which seeks to ensure that companies disclose climate change risk.

While Barron’s selection process focused mainly on the professional achievements of the women on our list, we also learned much about their outside interests through nominations and interviews. Not surprisingly, in view of their own experiences, many are active mentors of other employees, and involved with organisations that promote financial literacy among young women and encourage more women to seek careers in finance.

“I did not realise that my experience of having intuitively understood money from a very young age wasn’t the experience of other women out there,” says Ariel’s Bhansali, who speaks frequently at universities in the hope of steering students to careers in finance. “We all need to do more.”

You don’t have to go back to Hetty Green’s era to find a time when women were rarities on Wall Street — and often unwelcome, at that. Just a few decades ago, it wasn’t unusual for young women starting their careers to be advised to remove their engagement rings, to increase the likelihood of a job offer. When Joyce Chang, the chair of global research at JPMorgan, started as a sovereign credit analyst in the 1980s, she says, “I’d see a look of complete dismay from government officials that they’d been sent this young woman to write about their country.”

And when BlackRock vice chairman Barbara Novick began her career on Wall Street in the early 1980s, prior to co-founding the firm in 1988, “there were zero women who were partners, managing directors, or principals, and no role models to look at”, she recalls. “It wasn’t uncommon to be the only woman in the room.”

Novick, who played a critical role in guiding BlackRock through the post-financial crisis regulatory environment, recently announced that she’ll be stepping down from her current role, and will become a senior adviser at the firm. She says she still encounters bias, but that “my approach has always been to stay focused on results”.

That seems good advice in any industry, and especially pertinent to the influential women on our list. After all, that’s how they made it to the top.