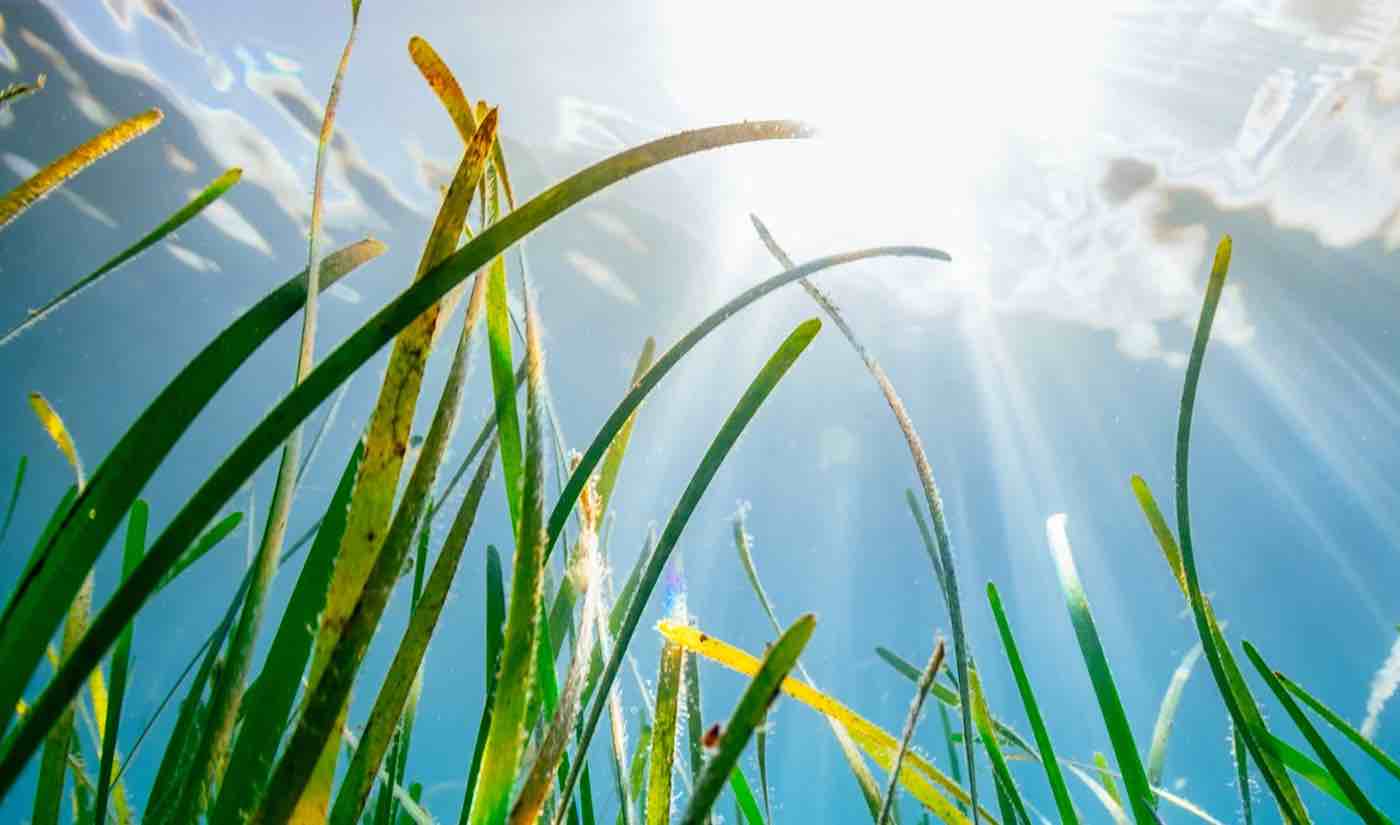 At a time when shallow seagrass meadows have disappeared from 92% of UK’s vast coastline, scientists have realized that this curious and gentle habitat is needed now, more than ever, to help reduce CO2-induced warming—and guard against potentially rising seas.

Coastal ecosystems are among the most biodiverse on the planet. When salt marshes, shallow water seagrass beds, river estuaries, and tidal zones are healthy, these delicate ecosystems work like the tiles of a mosaic to create the picture of resilient seas and shores.

But, the losses of the crucial seagrass piece is coming to a head in Wales, where Dr. Richard Unsworth of Swansea University, unnerved by the annual decline of 7% in seagrass beds around the UK and Ireland, has worked to organize a massive replanting effort along the coast of Pembrokeshire, Wales.

“It’s incredibly productive and just sucks carbon into the sediments, traps particles that are locked there for millennia,” Dr. Unsworth told BBC. “That means that carbon dioxide is not in the atmosphere.”

RELATED: Whales Feces Represent One of the Greatest Allies Against Climate Change—Even More Than Trees

According to WWF’s article 10 Reasons to Hope, seagrass can capture carbon 35 times faster than even tropical rainforests, but as it currently covers merely 0.2% of the seafloor, the potential to use more seagrass as a carbon offset is unlimited.

In preparation for this undertaking, 750,000 seagrass seeds were collected from various meadows around the UK last summer and stored in the laboratory at Swansea University.

Those seeds were transferred into small pouches sewn together from natural materials, and work has begun on lowering these seeds down onto the ocean floor off the coast of Dale Fort to create a 20,000-square-meter meadow (5 acres).

LOOK: You Can Now ‘Reforest the Oceans’ One Online Search at a Time Thanks to This New Search Engine

Seagrass is also imperative as a haven for wildlife, providing shelter, food, and a place to raise young for all kinds of marine species—as a video from the BBC demonstrates.  Seagrass also acts as a nursery for important fish stocks like cod and pollock, and prevents seafloor erosion from storm surges.

In an interview with the BBC, Unsworth stressed the need for hundreds of thousands of acres of seagrass beds, salt marshes, and other coastal ecosystems because of the unique potential they have for tackling local, regional, and—inevitably—global environmental concerns, and for self-cleaning the seas themselves.