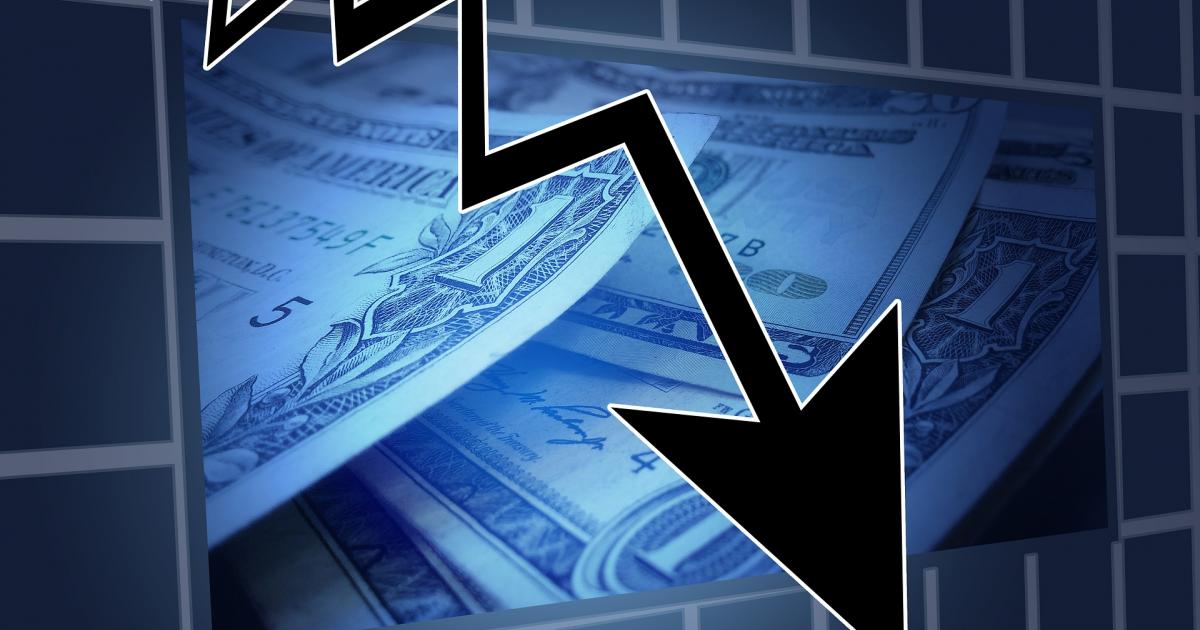 The Federal Reserve took aggressive action this month in the wake of the coronavirus outbreak by cutting interest rates by 0.5%, the largest rate cut since 2008. The latest rate cut also represented the fourth consecutive interest rate cut by the Fed.

Throughout history, every single time the Fed has cut rates four consecutive times, the U.S. economy subsequently entered a recession. A weak economy and low interest rates are a double whammy for many banks and insurance companies that depend on interest income.

Here are eight financial sector stocks to sell, according to Bank of America.

U.S. Bancorp is the fifth largest commercial bank in the U.S.

Analyst Erika Najarian recently said it will be difficult for U.S. Bancorp to generate positive operating leverage in 2020 given the current environment. In the fourth quarter, core expenses were up 3%, and management said on the earnings call expenses will likely continue to rise in the low single digits this year. Interest rate cuts will eat into net interest margins, and Najarian said the stock is fully priced given the near-term uncertainty.

Bank of America has an Underperform rating and $63 price target for USB stock.

Lloyds is one of the biggest banks in the UK. As bad as things are in the U.S. right now, they are much worse in Europe, especially in the UK.

Analyst Rohith Chandra-Rajan recently said 2020 will be a challenging year for Lloyds given interest rates and pricing pressures. Heading into 2020, management guided for 2020 margins of between 2.75% and 2.8%, guidance that Chandra-Rajan said seemed optimistic even before the coronavirus outbreak ramped up. Chandra-Rajan said Lloyd’s current stock valuation is more reflective of the company’s past performance than its challenging future.

Bank of America has an Underperform rating and $2.58 price target for LYG stock.

Bank of Montreal is the fourth-largest bank in Canada.

Analyst Ebrahim Poonawala recently said the bank’s rise in provision for credit losses last quarter was a red flag for investors that overshadowed the bank’s strong operating trends. While management was mostly optimistic in their commentary, Poonawala said investors are understandably concerned about the bank’s credit, especially given the potential for its relatively high commercial loan growth to create near-term earnings volatility. For now, Poonawala said investors need to take a cautious approach to Bank of Montreal and take advantage of better risk-reward skews elsewhere in the banking group.

Bank of America has an Underperform rating and $78 price target for BMO stock.

Willis is the third-largest insurance broker in the world.

Analyst Jay Cohen recently said Willis’ organic growth has been solid, including 6% revenue growth last quarter. However, margins have been disappointing, and its Benefits Delivery & Administration segment has struggled. Management has guided for between 4% and 5% organic growth in 2020. Since it was formed by the merger of Willis Group Holdings and Towers Watson in 2016, Cohen says Willis Towers Watson has struggled to generate consistent results.

Bank of America has an Underperform rating and $198 price target for WLTW stock.

Arch Capital is a global insurance, reinsurance and mortgage insurance with a focus on specialty lines.

Cohen recently said Arch’s fourth-quarter earnings beat was mostly due to a lower-than-expected tax rate. He said Arch’s mortgage results have been relatively strong, but a more normalized mortgage credit environment will likely pressure margins. Cohen said Arch is a well-managed company with a growing mortgage insurance business. He also praised the company’s pristine balance sheet and opportunistic reinsurance growth. However, at the stock’s current valuation, he said there are plenty of opportunities elsewhere in the sector with more upside.

Bank of America has an Underperform rating and $43 price target for ACGL stock.

Shinhan Financial is the largest financial group in Korea.

Analyst Bryan Song recently said Shinhan’s non-bank subsidiaries are creating challenges and earnings risk for the parent company. He said rising credit card loss provisions combined with a macroeconomic slowdown in Korea and an increasingly tight credit environment for non-banks has created risk for investors given Shinhan is Korea’s largest credit card issuer. Sing said Shinhan has done a decent job of controlling provision expansion in the past, but he expects a rise in delinquencies in the near future.

Bank of America has an Underperform rating and $43 price target for SHG stock.

W.R. Berkley is a property/casualty insurance and reinsurance holding company.

Cohen recently said W.R. Berkley is well-positioned to benefit from an improving pricing environment for P/C insurers, but the stock is fully valued at recent levels. Cohen has praised the company’s impressive return on equity and high-quality product portfolio. However, he said there are plenty of better values within the insurance group given W.R. Berkley shares trade at a significant premium to peers.

Bank of America has an Underperform rating and $65 price target for WRB stock.