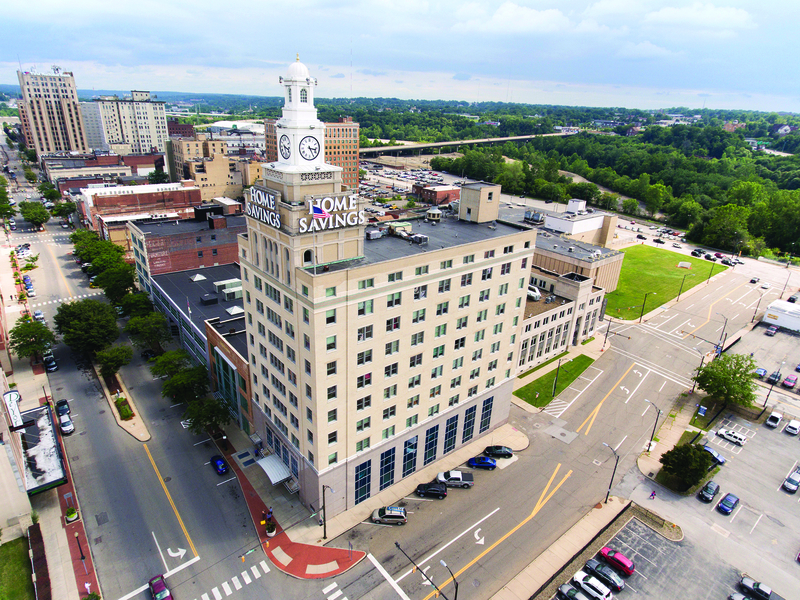 Bank M&A in the Northeast Ohio market is likely to involve smaller banks, particularly more community-oriented institutions near or under $10 billion in assets that are looking for scale, cost efficiencies and fee-generating businesses that could support revenue in what is projected to be a down year for earnings.

For one thing, there are simply a greater number of them in the industry.

The region’s larger players face similar pressures, of course, but those may be more likely to stay on the sidelines when it comes to buying another bank.

Some super-regionals could be attractive to national companies, though: Word on the street is that Cleveland’s KeyCorp ($145 billion in assets) was courted by some potential buyers as CEO Beth Mooney contemplated retirement, a move that she announced last September and will take place in May. One of those was reportedly the largest bank in Ohio by deposits, Minneapolis-based U.S. Bancorp ($495 billion). Both Key and U.S. Bancorp would neither confirm nor deny such conversations, saying they don’t comment on market rumors.

Of course, it’s a toss-up as to what actually plays out. There are fewer than 5,000 U.S. banking companies in the country today, and the industry has historically consolidated at a pace of 4% to 5% each year, said Fred Cummings, president of Elizabeth Park Capital Management. That means 95% of the industry each year doesn’t participate in a combination.

Cummings pointed out that bank profitability in 2019 was near a 20-year high, thanks in large part to a lighter regulatory burden and beneficial tax codes.

Charlie Crowley, managing director with investment bank Boenning & Scattergood, said he sees the current climate for banks as generally stable. That means, for the bulk of the industry, there won’t be any dire need to sell — at least not yet.

However, while fundamentals have been in generally good shape at the start of 2020, there will be more margin pressures this year due to the Federal Reserve trimming interest rates three times in 2019.

The weakening loan demand being felt across the industry, including in the Federal Reserve’s Cleveland district, means banks may make fewer loans this year while simultaneously collecting less from those they do make.

Bank M&A, therefore, could be fueled by a desire for synergies as cost-cutting becomes a higher priority in a flattening growth environment.

If buying, what could be of more interest for those groups are additive nonbank acquisitions, particularly those that bring in new business lines — such as what Key did with Laurel Road, a student loan refinancing business that builds on the bank’s digital lending capabilities — or fee-generating revenues, like what comes with wealth management services. Citizens Bank ($165 billion in assets) is an example of that strategy, having completed acquisitions in the prior two years of M&A advisory businesses Western Reserve Partners (of Cleveland) and Bowstring Advisors (of Florida), which beefed up its fee income and give it a lively revenue stream as it eyes a slower growth market.

Huntington, Key and Fifth Third each completed significant bank acquisitions in recent years: Huntington bought Akron’s FirstMerit Bank, Key bought First Niagara Bank of New York and Fifth Third bought MB Financial of Chicago. Those integrations can take time to play out, usually pre-empting the desire for another deal at conservative banks until the prior one is completely digested.

The naming of Chris Gorman as Key’s new CEO also points to the bank’s interest in organic growth and expense management. The same could be said of PNC Bank ($410 billion) CEO William Demchak, according to earnings commentary.

Larger banks, if they’re interested in deals, may pull the trigger on something this year because of the catalyst that is the presidential election.

“I do think we will see more M&A activity, given the possible risk of a change in the regulatory environment if Dems win the election,” said Peter Winter, an analyst with Wedbush Securities who covers several Midwest banks.

Because of how long it takes a bank deal to come together, though, a large bank wanting a deal with another large bank may need to be working on that now, or very soon, to get something done by the end of the year.

Joseph Ficalora, CEO of New York Community Bank ($53.6 billion in assets), which operates Ohio Savings Bank in this market, recently told investors that while he doesn’t feel any sense of urgency to complete a deal before the presidential election, the company is “actively” in discussions with targets. The bank got its footing in Ohio with the purchase of the failing AmTrust Bank in 2009.

“Over the course of our entire public life, we’ve made it very clear that we have the ability and have the desire to grow by acquisition and create value for shareholders,” Ficalora told investors. “So there is going to be a transaction on the horizon that will be exactly in line with the kinds of things that we’ve done in the past.”

“NYCB, they will go anywhere,” Winter said. “It would make sense for someone like them, if there is an opportunity to do an acquisition in Ohio, that they would pursue it.”

Many smaller and community banks are still run by aging baby boomers, noted Crowley, some of whom may view a combination as a good succession plan for the business. After all, the industry is challenged with drawing in young people, particularly at community banks, which can create additional succession issues.

There is still some interest among banks on Ohio’s borders to get more market penetration here as well, Crowley said, like those in western Pennsylvania or eastern Indiana. One of those might be Warren, Pa.-based Northwest Bank ($10.5 billion in assets), which told Crain’s last fall that it was vetting deals in Ohio, Indiana and northern Kentucky.

A retiring CEO was a factor at Maple Leaf Financial, the holding company of Geauga Savings Bank, which was bought by Canfield’s Farmers National Banc Corp. ($2.7 billion in assets) last year. Geauga CEO Jim Kleinfelter announced he would retire Jan. 31.

Farmers CEO Kevin Helmick said the company has strived to demonstrate it’s a good buyer, so it might be top of mind when other firms go on the market. That company has rolled up a couple of community banks and wealth management outfits in the past five years, and Helmick said the bank is open to more.

He also noted he is projecting flat to slightly negative earnings growth in 2020, underscoring a concern that could fuel some M&A.

Also last year, United Community Financial Corp., the Youngstown parent company of Home Savings Bank, announced a merger of equals with First Defiance Financial Corp., the Defiance-based parent company of First Federal Bank of the Midwest. The combined bank will have about $6.1 billion in assets. Home Savings CEO Gary Small, who is serving as president of the combined entity’s bank and holding company, will move up to the CEO role at both levels in 2021. He’ll succeed Don Hileman at that time; Hileman will become chairman.

Small said the organization could be in the market for another deal by the end of this year. The only challenge may be identifying good targets open to a sale.

Combinations of smaller banks, similar to the Farmers and First Defiance deals, could be more common in 2020, said Patricia Oliver, a banking consultant with Tucker Ellis.

“I have always advised my clients that on the M&A front, they need to have both an offensive and a defensive strategy in place. When the market shifts as a result of mergers, you need to reassess where you are,” Oliver said. “In this case, I would think the smaller banks may need to focus on smaller or similarly sized community banks to gain market share and position themselves either to go on a buying spree to become a regional bank or at least increase their asset size to the point where one of the smaller regionals would consider them to be an attractive target.”