Rellevate, a startup founded by former Western Union executive Stewart Stockdale, is forming a digital bank designed for people who make $10 to $25 per hour and live paycheck to paycheck.

A growing number of new companies are focused on this underserved market. Even, Digit, Tally, Earnin and other fintech startups all aim to help hourly workers cope with fluctuating incomes and cash flow problems that often lead to bank overdraft fees or costly trips to payday lenders. 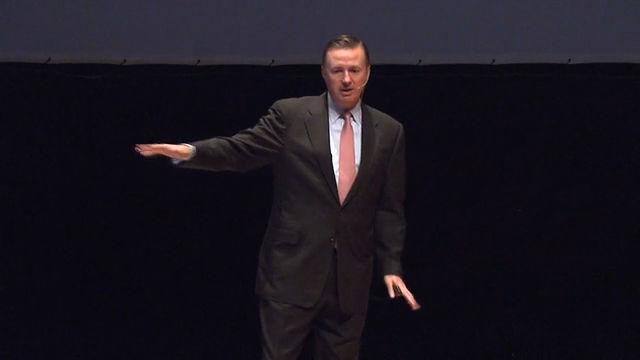 Rellevate has a team of financial services veterans, partnerships with Visa and a bank it has yet to name publicly, as well as international payments capability. On Monday, it is announcing that it will use core processing software from Technisys. Rellevate will offer a debit card, payday advances, bill pay and international payments that will be sold as a package through employers. It plans to go live at the end of the first quarter.

Mark Parsells, a Rellevate investor who is founder and managing general partner at Montpelier Ventures, said he has known Stockdale for years and has long been interested in financial inclusion. Parsells said he liked the idea of offering people more affordable alternatives to payday loans.

“This is making banking services available to people who otherwise would not have access,” said Parsells, who was also an online banking executive at Citigroup. “That’s really what attracted me to this.”

Stockdale has worked at American Express, Mastercard, Conseco and Simon Property Group (a mall operator that issues gift cards). He was president of consumer financial services at Western Union; he ran the money transfer and payments businesses for the whole company. He was also CEO of J.G. Wentworth, which provides a factoring service of sorts for lower-income people.

“I’ve been in and around money movement and that middle-market segment for a long time, and I’ve seen how average Americans deal with banking, how banks view this population, and what are the different vehicles that they have today to move money and access money,” said Stockdale, who is chairman and CEO of Rellevate. “I’ve worked with payday lenders, check cashers and money transmitters, and the common denominator for those three are onerous fees.”

The people at the bottom of the financial pyramid pay the most, because they are considered more expensive and higher risk, he said.

Stockdale recruited some former colleagues and started building a digital framework around moving and accessing money, including money a person has earned but has not yet been paid.

They forged a partnership with Visa for a debit card and processing of the card. They also partnered with a bank whose name they cannot yet disclose. The bank partner will hold the funds in federally insured accounts.

There will be a real-time bill payment service, so users do not have to worry about whether their utilities are going to be shut off.

Customer service will be provided through an outsourced call center.

A team of eight salespeople is pitching Rellevate’s services to employers. The idea is that offering them to workers could help reduce turnover, improve job satisfaction and save companies from having to provide payday advances as many do today.

Employers will give Rellevate time, attendance and wage data that it will use to let people borrow small amounts like $50 or $100 against their next paycheck. In this respect, Rellevate competes with other providers of early wage access including Earnin, Even, PayActive and DailyPay.

This ability to borrow against their own future paycheck can help employees manage small gaps in their cash flow.

“If you’re at the grocery store and you go swipe your card and it says denied because of insufficient funds, we will send you a text immediately asking if you want to access your earned wages, and we’ll transfer those instantaneously to you right then and there,” Stockdale said. The funds will be immediately available on the debit card.

Users can use these pay advances four times a month without charge except for the overall $9.99 monthly subscription fee for the account, which employers may subsidize.

Payday advances are controversial for the fees some companies charge and for the idea that they help keep people living beyond their means.

Stockdale argues that once a consumer earns money, it is legally theirs. And education is important, he said.

Technisys is one of a newer round of core banking software providers that run in the cloud. Others include Temenos, Nymbus, Finxact and Infosys.

“Banks are facing these huge transformations, mainly because customers have changed their behaviors and they want to save seamlessly, keep their money seamlessly and make payments in a human, easy and seamless way,” said German Pugliese Bassi, founder of Technisys. “Banks now need a flexible, open platform that can work within ecosystems where there is more than one vendor building all the capabilities.”

Technisys’s software is cloud-based, uses application programming interfaces and is flexible enough to handle changes in days or weeks, he said.

He said he expects Rellevate to be up and running in about 12 weeks.