PNC Financial Services Group may be rethinking how it offers cash bonuses to customers who open new checking accounts after spotting a lack of activity once the money is awarded, Chairman and CEO William Demchak said Wednesday.

As part of the fight for the low-cost deposits they need to fund their loans and other investments, banks will often offer bonuses of up to $500 to new account holders who set up a minimum direct deposit or swipe their new debit cards a qualifying number of times. But Demchak told analysts on the bank’s fourth-quarter earnings call that a fair number of customers are “going through the motions” to get the bonus but then never use their accounts again. 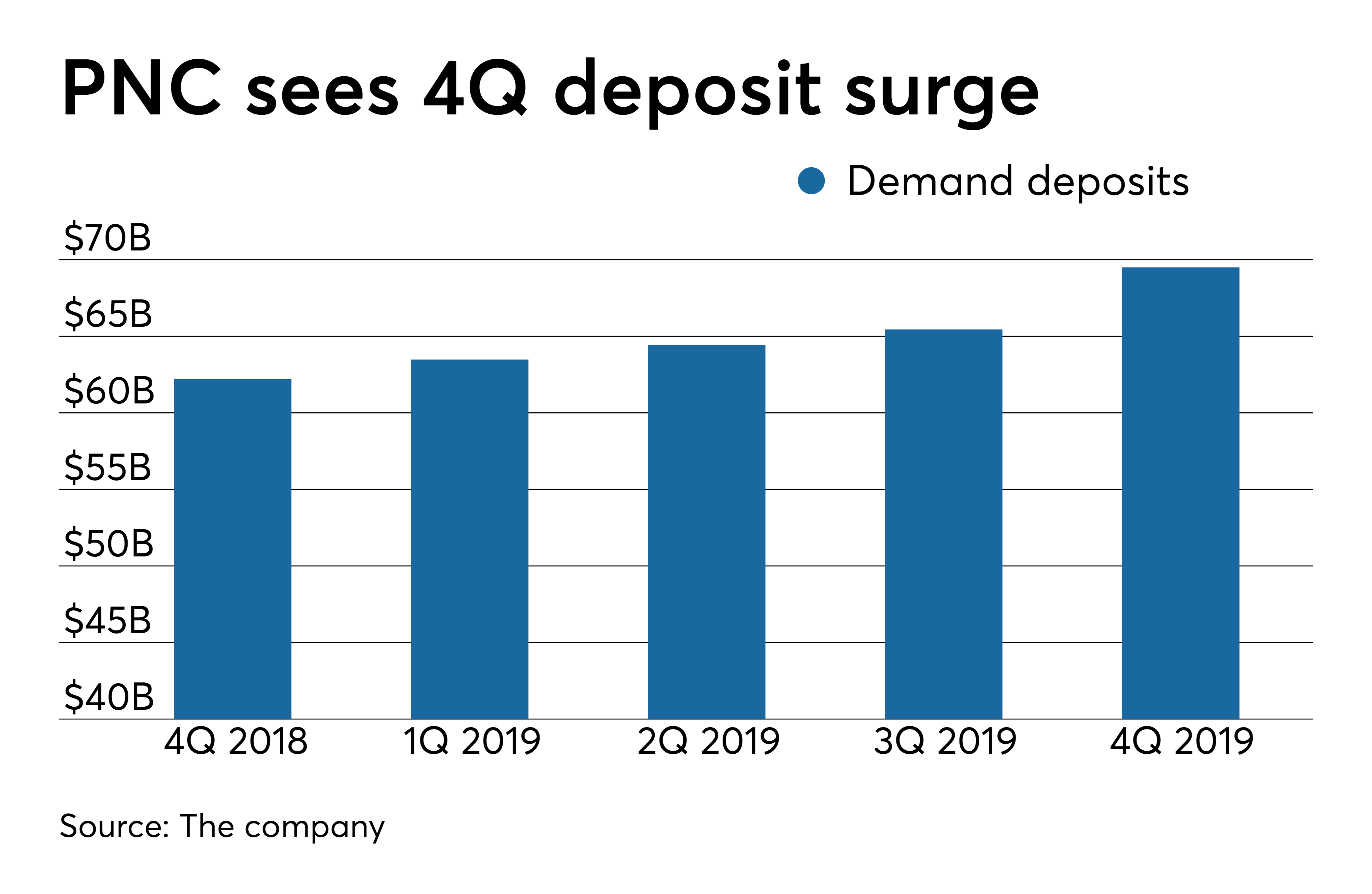 “There’s a lot of mischief in that,” Demchak said, adding that cash bonuses have become “less attractive to us than some other things we’re doing.”

Pittsburgh-based PNC currently offers up to $300 bonuses for customers who open a new virtual wallet account if they set up minimum direct deposits. A spokesperson said in an email that the bank will “continuously evaluate the effectiveness of checking acquisition offers by product, channel and market” and “will continue to offer cash rewards where and when it makes sense, based on the competitive environment and in order to find the most value in our promotions.”

The $410.3 billion-asset company said that total deposits reached $287.8 billion at the end of 2019, up 8% from a year earlier. Demand deposits in particular jumped more than 6% from the previous three months and 11% year over year to nearly $69.5 billion.

The increase has come despite the bank being among the more aggressive firms to cut savings rates offered to accounts.

“As we’ve worked rates down, deposits have been stickier than we expected,” PNC’s chief financial officer, Robert Reilly, said on the call Wednesday.

Total revenue climbed 6.2% from a year earlier to $4.6 billion. The bank forecast revenue would increase by the “low-end of low-single digits” for 2020. Net interest income is expected to dip 1% in the first quarter, largely due to recent reductions in interest rates, while fee income is estimated to drop 3%, according to the forecast.

Non-interest expenses climbed 7% year over year to $2.7 billion for the fourth quarter, but the bank said it expects expenses to drop slightly in the first quarter.