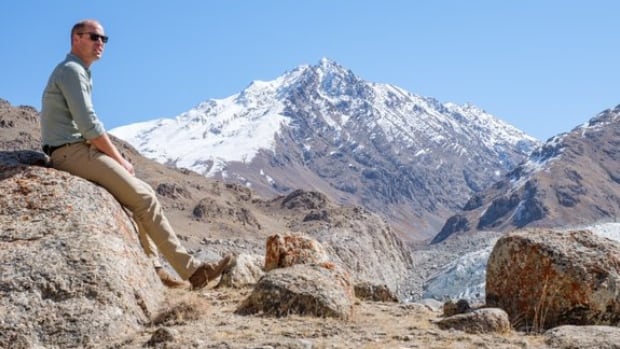 Prince William is collaborating with a global alliance of groups to launch a prize geared toward fostering innovation to combat climate change and solve environmental challenges.

The Earthshot Prize will be offered to five winners annually over the next 10 years. The cash value of each award has not been specified but the prize pot is described as “multi-million pounds.”

“The Earth is at a tipping point and we face a stark choice: Either we continue as we are and irreparably damage our planet, or we remember our unique power as human beings and our continual ability to lead, innovate and problem-solve,” the Duke of Cambridge said in announcing the prize on Tuesday.

Pointing out the effort to send men to the moon took just a decade, a video introducing the prize and narrated by broadcaster-historian David Attenborough suggested the coming decade is critical in the fight against environmental degradation.

Over the next 10 years, the prizes will be awarded to individuals, teams or countries advancing solutions for saving the Earth. These visionary thinkers can be in technology, but also science, leadership, planning, activism, the economy or government.

In the coming year, the initiative “will unveil a small number of Earthshot challenges in special events around the globe,” according to the prize website.

“These challenges will seek answers to the biggest issues currently facing the planet, including: climate and energy, nature and biodiversity, oceans, air pollution and fresh water.”

The goal is to provide at least 50 solutions to the world’s greatest problems by 2030. An annual awards ceremony will take place in different cities around the world each year between 2021 and 2030.

“People can achieve great things. The next 10 years present us with one of our greatest tests — a decade of action to repair the Earth,” Prince William said in a release from Kensington Palace.

The Royal Family has for years been vocal campaigners on a host of environmental issues, with William’s father, Prince Charles, speaking out for decades about the impact of climate change and the importance of conservation.

The Earthshot initiative comes after more than a year of consultations with over 60 organizations and experts.