For the past couple of years, bankers have cited tariffs, trade wars and gridlock in Washington as the main reasons why many businesses have been reluctant to take out loans to fund investments in new plants, technology or equipment.

Now, there’s another reason many firms are putting off expansion: a shortage of qualified workers.

With unemployment now at a 50-year low, many small and midsize businesses are hesitant to make investments that would create more jobs because they are struggling mightily to fill the ones they have, several bankers said at an investor conference this week hosted by Goldman Sachs.

“Labor is becoming more of a challenge in many of our markets, and I think that adds to some hesitancy around major expansion,” said Curt Farmer, the chairman and CEO at the $71.7 billion-asset Comerica Bank in Dallas. 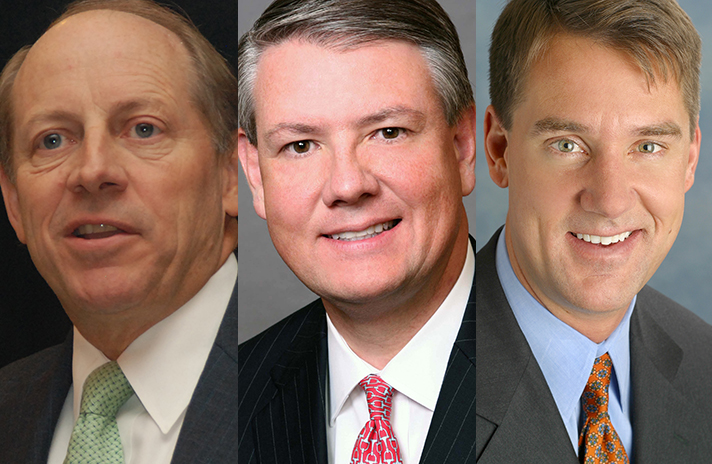 “The largest concern from our … commercial customers remains the lack of available skilled labor,” said Stephen Steinour, the chairman and CEO of the $109 billion-asset Huntington Bancshares in Columbus, Ohio. “We’ve had multiple years of labor shortages. And so, there is a pent-up demand that just can’t be met and can’t sustain the growth.”

To be sure, the tight labor market is not the only reason many businesses remain cautious about taking on debt, bankers said. The continuing trade war with China, slowing global growth and the upcoming presidential election are all factoring into borrowers’ decision-making.

“Businesses are optimistic but cautious,” said John Turner, the president and CEO of the $129 billion-asset Regions Financial in Birmingham, Ala. “I think tariffs have had some impact. Volatility in the marketplace, the impending elections all are resulting in businesses being less willing to make significant investment.”

At the same time, many bankers are being cautious about extending credit to commercial clients. While credit quality is still generally strong, Regions’ bankers are keeping close tabs on sectors starting to show weakness, such as fast casual restaurants and energy companies.

“We’re going to be cautious,” Turner said. “We are long in the economic cycle. That doesn’t mean we’re headed to a recession, but we do think it’s time to be careful.”

Executives at Cleveland-based KeyCorp said that a recent slowdown in manufacturing has caused some borrowers in that sector to pull back.

“We haven’t seen utilization tick up at all because inventory’s been available,” he said. “And the other thing we haven’t seen is a lot of investment in technology and property, plant and equipment.”

“Almost every one of them thinks they’ve had a really good year this year,” he said. “Though the economy is doing well and companies are doing well, their cash is flowing well, the question is, do they want to play offense or do they want to sit back a little bit and wait and see how the trade tensions play out?”

“You talk to the average middle-market customer, and it feels like they’ve got good opportunities,” Sefzik said. “They’re growing their businesses, but they’re not necessarily willing to step out … and then maybe do that large expansion.”

Bill Demchak, the chairman and CEO at PNC Financial Services Group, said he’s actually seeing more caution from large corporate clients who are “worried about the potential for bad outcomes, bad policies as we go into this election” in 2020.

The $407 billion-asset company is countering this uncertainty on the corporate side by pursuing middle-market business in new markets.

PNC’s total commercial loans in the first nine months of 2019 increased almost 7% from the same period the year before to $145.9 billion total, largely due to this expansion. PNC is expected to enter its 30th new market by 2022, Demchak said Tuesday.

“We’ve almost doubled the field we play on over the course of the last three or four years,” Demchak said. “It’s not a surprise to see us take share and grow loans in the space.”

But John Shrewsberry, the chief financial officer at Wells Fargo, said he expects commercial loan demand to stay sluggish, largely due to the labor shortage. With companies adding some 266,000 jobs in November, the U.S. unemployment rate is now at 3.5%, a 50-year low.

“The biggest problem that our commercial customers tell us that they have anecdotally is really finding the right labor at the right price,” said Shrewsberry.

“For some of them, it really is a challenge because they are experiencing wage pressures,” he said. “They’re finding it hard, especially anybody trying to find people in the trades.”