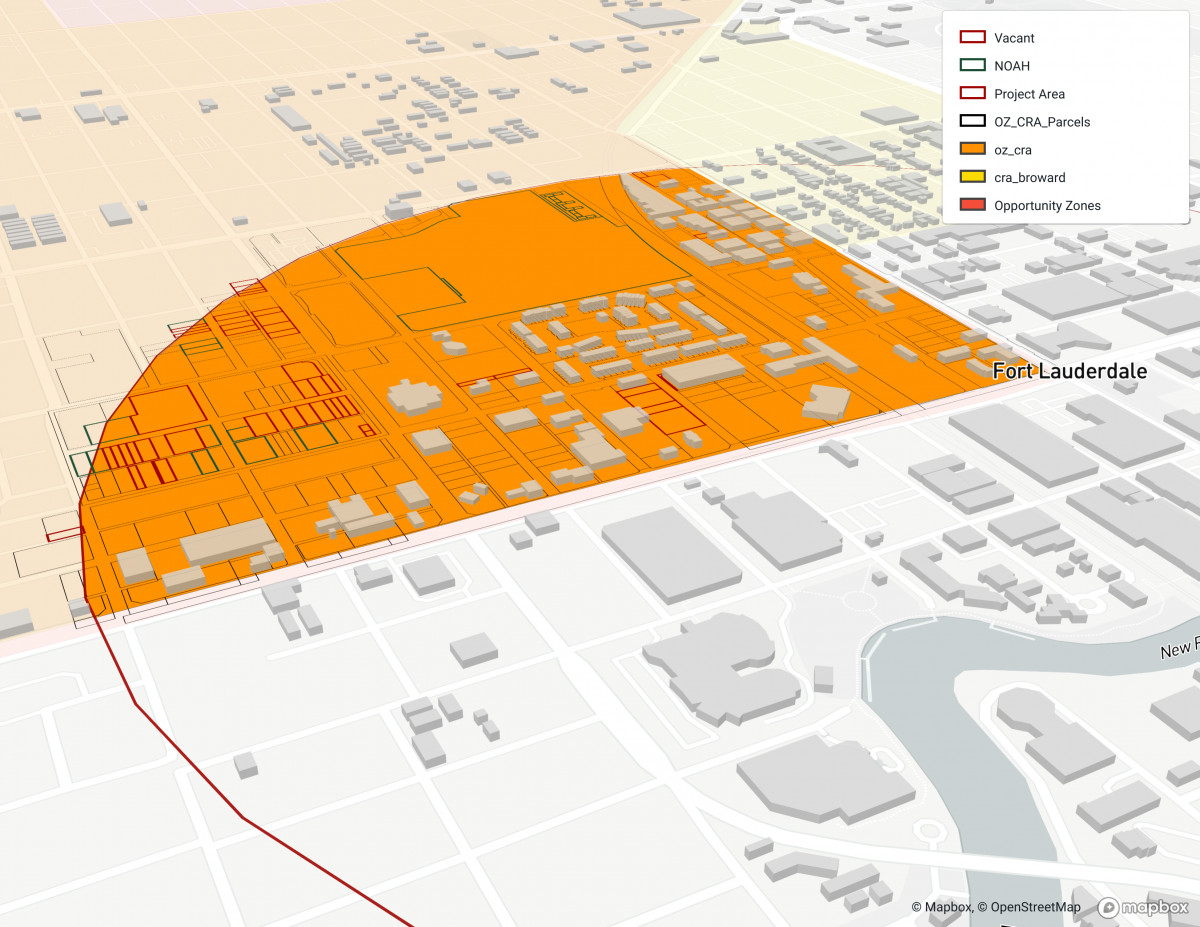 A slice of South Florida became a little bit more mobile last year when the Brightline, a privately owned rail service running daily trains along the east coast, opened its first three stations in Miami, Ft. Lauderdale and West Palm Beach. The service was seeing fewer daily riders than it had initially hoped, the Miami Herald reported in April, but was still planning to expand up the coast and inland to Orlando, and to rebrand its service in a partnership with Virgin Trains USA. The goal is to create a new transit amenity in an often-congested part of the state, as Next City reported in 2017. And new amenities often means increased competition among developers for nearby land.

Anticipating that, and hoping to get ahead of the potential gentrification of transit-adjacent neighborhoods, a new coalition of housing groups announced last week that it had received a grant to help build and preserve affordable housing in communities along the Brightline corridor. The $5 million grant, part of JPMorgan Chase’s Partnerships for Raising Opportunity in Neighborhoods (“PRO Neighborhoods”) program, was given to the South Florida Housing Link Collaborative, a group of CDFIs and community land trusts planning to invest in long-term-affordable rentals and help low-income homeowners afford rehab work to their homes.

“The reason why we’re doing this is really to make sure that people living in these areas can stay there and share in the success as these areas are developed,” says Mandy Bartle, executive director of the South Florida Community Land Trust. “We’re going to be protecting some of the most vulnerable communities — to displacement and to climate change — by making sure we’re building affordable, resilient communities near transit.”

The collaborative also includes the Community Land Trust of Palm Beach County, Enterprise Community Partners, Florida Community Loan Fund, and the Solar and Energy Loan Fund (SELF). Over the course of the next three years, the community land trusts plan to acquire 300 new properties in low- and moderate-income communities near Brightline stations. Community land trusts keep housing affordable in perpetuity under a shared equity model, which limits the amount of money that occupants can earn when leaving the property and requires properties to be occupied by residents under a certain income cap.

Both the South Florida and Palm Beach County land trusts were founded in 2006. The South Florida CLT has created 69 permanently affordable properties since then, says Bartle. The Palm Beach County CLT has brought 61 homeownership units into permanent affordability along with operating 90 affordable rentals, according to executive director Cindee LaCourse-Blum. The groups say that the $5 million grant will help them invest $75 million in affordable housing preservation, production, and climate-resilient rehabs. Their plan was one of seven to win a “PRO Neighborhoods” grant, alongside efforts in Dallas, Memphis, Cleveland, Columbus, Prince George’s and Montgomery counties in Maryland, and Wilmington, Delaware.

“Housing and transportation eats up the majority of incomes in Palm Beach County, in addition to the risks that we are seeing with climate change and sea-level rise and a lot of people coming back into the urban corridor and gentrifying those neighborhoods,” LaCourse-Blum says.

The community land trusts haven’t yet identified specific properties for acquisition, but they plan to focus on land on higher ground, within a half-mile of transit stations, and properties within federal Opportunity Zones and Community Redevelopment Areas, which can help attract outside investment. They plan to also target vacant land held by local and county governments using an online tool developed at the University of Miami, which Next City wrote about earlier this year.

In South Florida, some researchers have started to look into the impacts of climate change on gentrification, with some evidence that land on higher ground, like Little Haiti in Miami, is being snapped up by developers willing to pay a premium for this land amid concerns about sea-level rise. Many communities along the Brightline corridor sit at a higher altitude along the coastal ridge, says Duanne Andrade, the chief financial officer at SELF. The combination of their elevation and proximity to new transit (even privately operated transit) makes them extra-susceptible to gentrification, she says.

SELF is a ten-year-old CDFI that makes small, unsecured loans to homeowners to retrofit their homes for solar power and hurricane resilience. The group targets low- and moderate-income homeowners who may have low credit scores but who do have an ability to repay the loans, Andrade says. The group has made $10 million worth of loans, at an average size of $8,500, according to Andrade. Seventy percent of its borrowers are low- or moderate-income homeowners, and loans have had a 98 percent repayment rate, Andrade says. The new grant will also support this resiliency work to help current homeowners stay in their homes.

The two community land trusts have set up some meetings with public officials in the counties surrounding the transit stations to talk about finding land and existing affordable housing that can be made permanently affordable, Bartle says. The grant will help the CLTs act like cash investors, Bartle says, in order to compete with well-resourced private developers. They hope to start acquiring properties early next year.

“What I’m hoping to see is that residents of these communities have access to safe, affordable, resilient housing, and they’re not pushed out of their neighborhoods,” says LaCourse-Blum.

Jared Brey is Next City’s housing correspondent, based in Philadelphia. He is a former staff writer at Philadelphia magazine and PlanPhilly, and his work has appeared in Columbia Journalism Review, Landscape Architecture Magazine, U.S. News & World Report, Philadelphia Weekly, and other publications.

Follow Jared .(JavaScript must be enabled to view this email address)