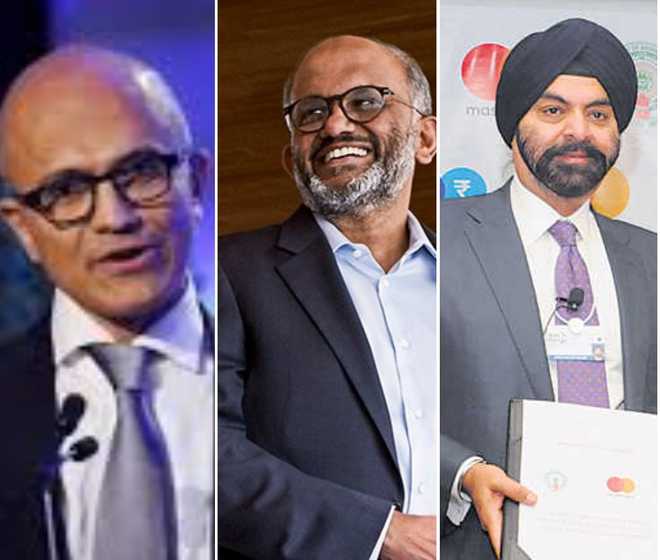 Three Indian-origin CEOs have been featured in a list of world’s top 10 best-performing chief executives.

‘The Best-Performing CEOs in the World, 2019’ list compiled by the Harvard Business Review (HBR) features 100 CEOs and has been topped by American technology company NVIDIA’s CEO Jensen Huang.

Among the top 10 chief executives on the list, three spots have been occupied by the Indian-origin CEOs.

The HBR said since 2015, its ranking has been based not only on financial performance but also on environmental, social, and governance (ESG) ratings.

Amazon CEO Jeff Bezos, who has been the top CEO every year since 2014 on the basis of financial performance alone, failed to make this year’s list owing to Amazon’s relatively low ESG scores.

To compile the list of the world’s best-performing CEOs, HBR said it began with the companies that at the end of 2018 were in the S&P Global 1200, which is an index that reflects 70 per cent of the world’s stock market capitalisation and includes firms in North America, Europe, Asia, Latin America, and Australia.

The HBR took into account three metrics for each CEO’s tenure – the total shareholder return (including dividends reinvested) adjusted by country and by industry and change in market capitalisation (adjusted for dividends, share issues, and share repurchases), measured in inflation-adjusted USD.

The 2019 list has four female CEOs in the top half of the rankings, up from three in 2018 and just two in previous years.

“Each year when HBR publishes this list, some readers protest the paucity of women; each year we respond by saying it’s the result not of the performance of female CEOs but of how few women serve in the role—a phenomenon we, too, find regrettable,” the magazine said.

On average, the executives on the list became CEOs at age 45 and have been in office 15 years.

“The CEOs who appear in this year’s list display remarkable longevity—and illustrate how happy boards are to allow a high-performing leader to stay in the job for many years,” it said. —PTI