Citigroup Puts a Woman in Line to Be Its C.E.O.  The New York Times 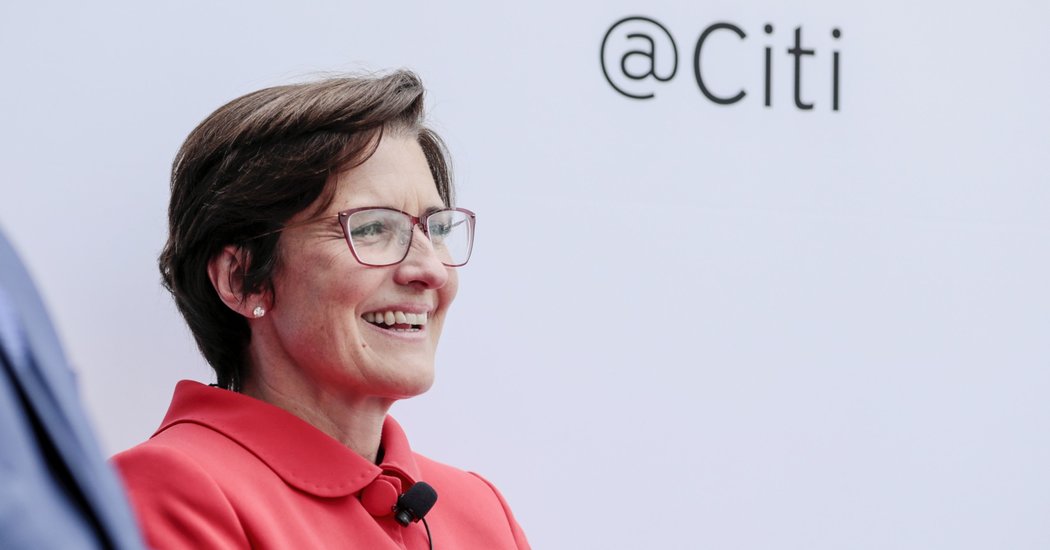 Citigroup became the first giant United States bank to definitively tee up a takeover of its leadership by a woman on Thursday, when it named Jane Fraser, a 15-year veteran of the firm, as its president.

The elevation of Ms. Fraser puts her in line to eventually succeed Michael Corbat as chief executive.

“In many ways, Jane helped shape the company we are today,” Mr. Corbat said in an email to employees announcing the change.

Ms. Fraser will also become chief executive of Citi’s global consumer banking business, serving alongside Paco Ybarra, the head of Citi’s institutional business. Granting her the title of president, however, was a clear sign that she was in line to take over for Mr. Corbat.

While Mr. Corbat, 59, is widely expected to remain in place for some time, Citi’s announcement offered the latest hope that women are close to cracking the glass ceilings at the country’s largest banks.

In April, when the heads of the seven largest banks testified before the House Financial Services Committee, not one raised his hand in response to a question about whose bank might have a woman as its next chief executive.

A week after the hearing, JPMorgan Chase’s chief executive, Jamie Dimon, reshuffled the upper ranks of the bank’s management to put two women in the running for the top job. But that announcement did not change the bank’s immediate succession plan, which has the bank’s two co-presidents, Daniel Pinto and Gordon Smith, as first in line to take over if Mr. Dimon suddenly departed.

Very few women have made it to top roles at the world’s largest companies. Only 27 of the 500 companies that make up the S&P 500 stock index have female chief executives, according to the advocacy group Catalyst.

Ms. Fraser led Citi’s Latin America operations most recently. Before that, she ran its global private bank and its United States consumer, commercial and mortgage business. She is replacing Stephen Bird as head of Citi’s global consumer business. Mr. Bird is leaving the firm.