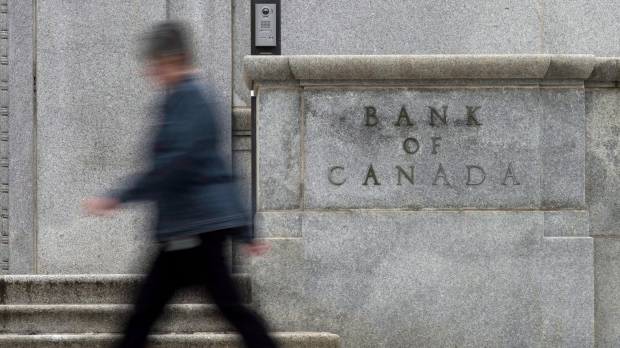 OTTAWA — A new survey by the Bank of Canada suggests that business sentiment has edged higher but there are more pronounced differences between the Prairies, hard hit by the turmoil in the energy sector, and Central Canada.

The central bank’s survey of senior management at roughly 100 firms suggested “a slight improvement” in overall sentiment as businesses expected moderate sales growth in the year to come.

The business outlook survey indicator rose to 0.43 from a revised level of negative 0.07 in the summer survey.

However, the Bank of Canada said overall sentiment in the Prairies was negative due to ongoing challenges in the energy sector.

“The responses to most indicators of business activity, capacity pressures and prices for firms in the Prairies have deteriorated to low levels in this survey,” the central bank said.

The report also found less support in the Prairies for increased business investment.

“However, several businesses, many of them in the Prairies, reported that regulation, uncertainty and their balance sheet position are holding back their investment plans.”

The overall balance of opinion on hiring intentions came in just below the historical average due to weakness in the energy-producing regions, while businesses in Central Canada and B.C. reported robust plans to add jobs.

The business outlook survey report comes ahead of the Bank of Canada’s interest rate announcement and monetary policy report next week.

“Ultimately, with the themes in today’s report reflecting the broader economic themes this year, there is little reason for the Bank of Canada to change strategy,” DePratto wrote in a report.

“Until and unless the domestic data begins to meaningfully turn negative, the Bank will be comfortable to remain on the sidelines even as its advanced economy peers continue to ease their monetary policies.”

The Bank of Canada has kept its key interest rate target on hold at 1.75 per cent in recent months, predicting that the weakness in the economy to start the year was temporary and that growth would pick up this year.

The central bank is expected to update is economic forecasts as part of its monetary policy report.

The Bank of Canada business outlook survey was done from Aug. 20 to Sept. 13, near the start of the federal election campaign which kicked off officially on Sept. 11.

The Liberals were returned to power in the election Monday, but reduced to a minority government that will have to find support from other parties in the House of Commons if it hopes to survive.

The Liberal campaign platform did not include a timeline for the federal government to return to a balanced budget.

This report by The Canadian Press was first published Oct. 22, 2019.