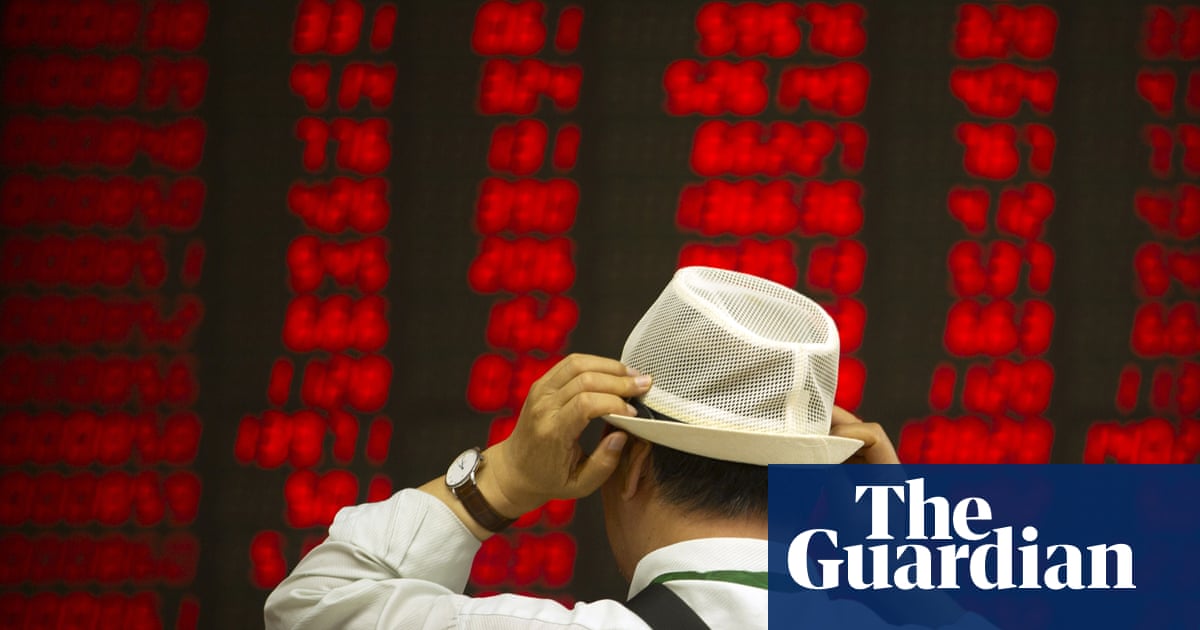 The Chinese economy is growing at its slowest pace in nearly 30 years as Beijing struggles to manage the impact of a punishing trade war with the US, raising concerns about the impact on the rest of the world.

The world’s second largest economy grew by 6% in the three months ending in September, compared with the same period last year. That was down from 6.2% in the preceding quarter, and was the weakest rate since China began reporting quarterly data in 1993.

The slowdown comes amid fraught trading relations with the US that took hold after US president Donald Trump took office with vows to slap tariffs on cheap Chinese imports.

The dispute has led to the two countries impose escalating retaliatory tariffs on exports, sending a chill through the global economy.

The International Monetary Fund cited the tariff war in this week’s decision to cut its 2019 global economic growth forecast from 3.2% to 3%.

Developed economies will be “considerably weaker” this year due to trade tensions and “increased uncertainty on confidence and investment”, the IMF said in a report.

Trump agreed last week to delay a tariff rise on Chinese goods and said Beijing had promised to buy up to $50bn of American farm goods.

But hopes of a thaw in tensions faded after Beijing failed to confirm the scale of possible purchases and officials said the two sides were still working on the finer details.

It is unclear whether China’s leaders want more concessions from the US, including the lifting of punitive tariffs that are already in place, before giving the green light to purchases of US goods.

Beijing is also resisting US pressure to roll back plans for government-led creation of Chinese global competitors in robotics and other technology.

The tariff war appears to be having an impact on domestic economic trends in China.

Chinese families have been putting off big purchases and scaling back spending on travel and other non-essentials.

Retail sales growth fell to 8.2% over a year earlier in January-September, down from 8.4% in the first half, China’s National Bureau of Statistics reported.

Such trends are a major setback for Beijing’s efforts to shift the world’s second largest economy toward greater reliance on consumer and corporate demand, instead of international trade and government-led investment.

Trade still supports millions of jobs, and exports so far this year have fallen slightly.

Factory output growth slowed to 5.6% in January-September from 6% in the first six months of the year, while growth in investment in factories, real estate and other fixed assets slowed to 5.4% from 5.5% in January-August.

Investment “is being held back by trade-war uncertainties”, said Bill Adams of PNC Financial Services Group.

China’s slowdown increases the likelihood of interest rate cuts and other stimulus measures designed to shore up growth and avert job losses that could stoke political unrest.

Chinese leaders have already sought to deal with the cooling economy by boosting government spending, but have so far shied away from large-scale stimulus that might add to the country’s ballooning debt problem.

Julian Evans-Pritchard, senior China economist at the consultancy Capital Economics, said the situation was likely to worsen in the short term whatever Beijing does.

He said: “Pressure on economic activity should intensify in the coming months. Cooling global demand will continue to weigh on exports, fiscal constraints mean that infrastructure spending will wane in the near-term and the recent boom in property construction looks set to unwind.

“We expect monetary policy to be loosened before long in response, but it will take time for this to put a floor beneath economic growth.”

Eva Yi and Liang Hong of China International Capital Corp estimate the slowing economy wiped out some 5m jobs in the first seven months of this year, mainly due to weak consumer demand.

They attributed 1.3m to 1.9m of lost jobs to US tariff rises, with exports to the US – China’s biggest foreign market – down nearly 22% in September from a year earlier. Imports of American goods also fell 15.7%.

Inflation jumped to 3% in September, driven by a 69% surge in pork prices due to the loss of millions of pigs to African swine fever.

Global pork prices have risen as Chinese importers buy up supplies from as far away as Europe.

Beijing’s offer to resume buying American soybeans and pork would help to ease pressure on farmers and grocery shoppers.