Report: WeWork Could Run Out Of Money By November As JPMorgan Considers Bailout  Bisnow 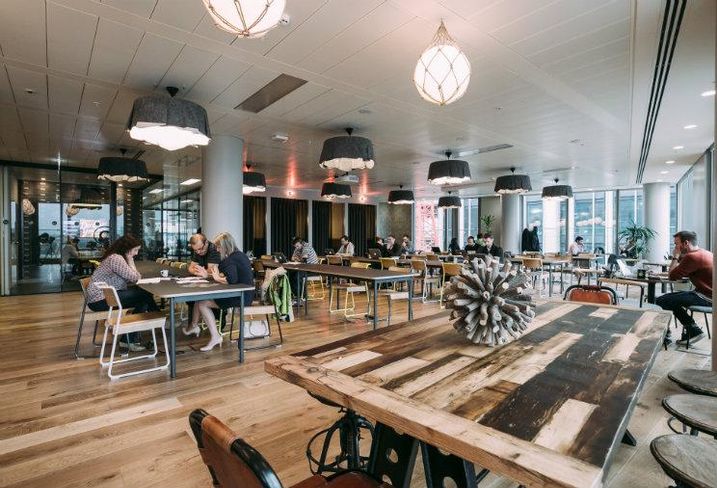 The We Company might be on the verge of a historically quick fall from grace.

WeWork‘s parent company may not even have enough operating capital to make it through November, and its lenders are scrambling to put together a bailout, Financial Times reports. Leading the group is JPMorgan Chase, which has heavily invested in WeWork for years and is reportedly likely to put up the most capital.

JPMorgan and Goldman Sachs had planned to be the financial backers of The We Company’s initial public offering, before the coworking operator’s now-infamous prospectus drove potential investors away and cratered its projected valuation.

The IPO has since been canceled, co-founder Adam Neumann was forced out as CEO and his replacements have reportedly been fighting their way out from under his excesses. In the days after Neumann’s ouster, Bloomberg reported it only had enough capital to last through the winter; now even that appears to have been optimistic.

If WeWork had managed to raise $3B with its IPO, JPMorgan and Goldman had promised to lend it another $6B. SoftBank, which had already invested $10B into the company (mostly through its Vision Fund), was reportedly considering putting up $2.5B more to keep WeWork afloat, but there has been no movement on that front since word first leaked in late September.

One potential factor that could be accelerating WeWork’s slide into insolvency is a previous bond offering in which it promised to keep $500M in cash on its books, The Wall Street Journal reports. Those bonds have been downgraded to junk status by multiple credit agencies, including Fitch Ratings, which graded WeWork at CCC+, FT reports. That is several tiers into junk and just a couple of notches above default status.