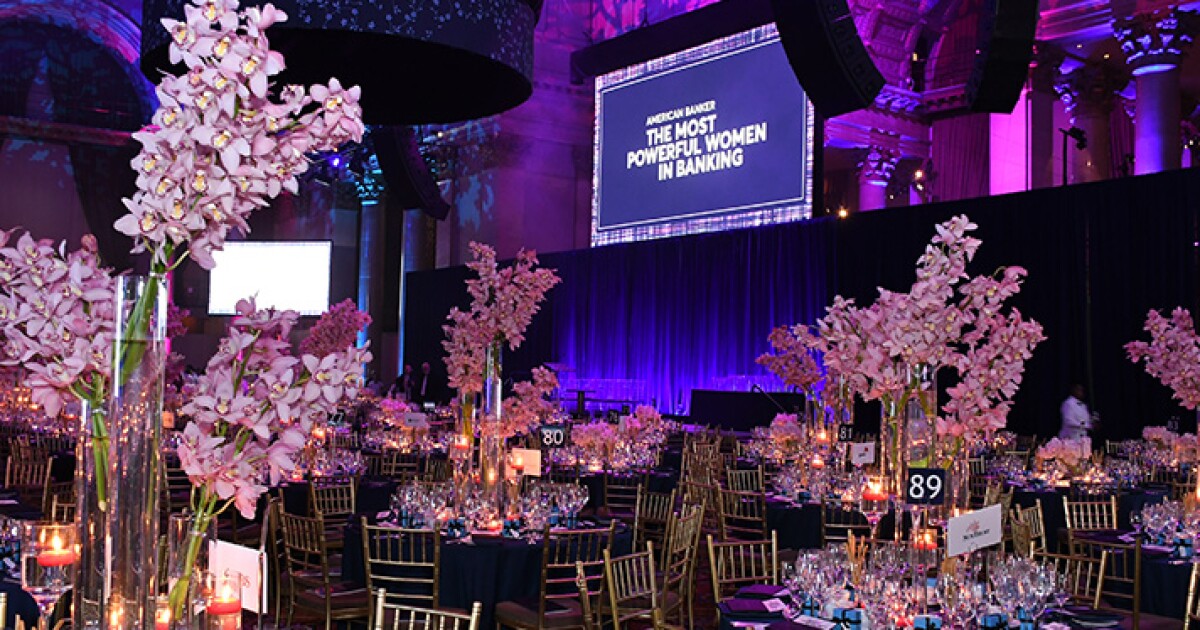 A night of celebration

If you had to sum up our 2019 Most Powerful Women in Banking and Finance gala with a single theme, it would be this: Lift as you rise.

Keynote speakers at Thursday night’s gala called out mentors who had helped them along their path and urged others in the audience to be allies to the next generation of women.

“We’re all here tonight because at some point a man or a woman played a critical role in giving advice or giving us an opportunity or coaching us in a time of need or just encouraging us,” said Barbara Desoer, the former chief executive of Citibank, who accepted an award for lifetime achievement. “It’s incumbent upon all of us to continue that.”

Cathy Bessant, who was recognized as the Most Powerful Woman in Banking, mentioned Desoer by name in her own remarks. Sometimes being a good mentor means giving someone tough advice, Bessant said.

“Barbara had the courage and the grace to tell me things I did not want to hear,” Bessant said.

LeeAnne Linderman, a former executive at Zions Bancorp. and also a lifetime achievement award winner, credited CEO Harris Simmons with modeling a kind of power she could embrace. She said Simmons, who was in the audience that evening, demonstrated that power could mean uncompromising ethics, and generosity and humility.

Many other CEOs were also in attendance. They included Andy Cecere of U.S. Bancorp, John Turner of Regions Financial, and Bill Demchak of PNC Financial Services Group. Beth Mooney, who will retire in May from her post as CEO of KeyCorp, and her successor Chris Gorman also attended. So did HSBC USA CEO Patrick Burke and his successor Michael Roberts.

A former Most Powerful Woman in Banking and chair of HSBC North America Holdings, Heidi Miller also attended the gala.

Citigroup CEO Michael Corbat urged the men in the room to examine their own unconscious biases and the ways they might be unintentionally perpetuating power imbalances.

“Men, we have been part of the problem, so we have to be part of the solution,” he said. “Because it has been so widespread for so long, leaders like us — who have achieved positions of authority — bear an even greater responsibility to stick it in the dustbin of history.”

See video clps of the speakers by clicking on these hyperlinks: Corbat, Bessant, Desoer and Linderman.

The Unsinkable Cathy Bessant
She turned around troubled business units, rebounded after a demotion and beat cancer. Now Bank of America’s chief operations and technology officer is taking on her biggest challenge yet: ensuring AI is used responsibly.

A regulator’s view: Banks sometimes think it’s tough dealing with examiners, but what do the examiners think? Maryann Kennedy dishes about the good and the bad during her 30-year stint at the Office of the Comptroller of the Currency. “Walking into a male-dominated boardroom as a young female examiner sometimes made delivering bad news more difficult for me,” the senior deputy comptroller for large banks supervision wrote in her recent BankThink article. “I recall one experience in which the male board members at a rural Pennsylvania bank referred to me in the third person as ‘that girl’ when I discussed their deteriorating asset quality.” Kennedy’s message to banks now: Don’t get complacent about credit quality or risk management. The op-ed is part of a BankThink series, which kicked off with Citigroup CEO Michael Corbat’s call for an industrywide effort to close the gender pay gap.

Banking equality: In an effort to bring more immigrants and millennials into the banking system, Julieann Thurlow, CEO of the $578 million-asset Reading Cooperative Bank in Massachusetts has a plan to start offering new services, like check-cashing for noncustomers. “We found out that immigrants don’t trust the banks. That may be a little bit of a hangover from where they have come from, but in more cases it is because they have been burned,” said Thurlow, who also ranks among our Most Powerful Women to Watch this year.

It’s settled: The Federal Housing Finance Agency has reached a settlement with Simone Grimes, a special adviser at the agency who alleged sexual harassment by former Director Mel Watt. Details of the settlement were not disclosed, but the case made headlines last year, as regular readers of this newsletter may recall. Grimes, who had recordings of some of her interactions with Watt, claimed that he denied her a promotion because she rejected his inappropriate sexual advances.

Hiring trouble: In another settlement, Bank of America has agreed to pay $4.2 million to minority and female job applicants after the U.S. Department of Labor found indications of hiring discrimination. The alleged discrimination occurred at BofA locations in New Jersey, Florida, Georgia and Texas, with black, Latino and female applicants seeking various positions.

Funding feud: Female entrepreneurs often have to be twice as convincing in order to raise capital. A new study from HSBC Private Banking showed nearly half of U.S. female entrepreneurs said they’ve experienced gender bias while seeking funding for their business compared to their male counterparts. The bias was more prevalent in the U.K. and U.S. (54% and 46%, respectively) when compared to mainland China, which had the lowest levels of gender bias at 17%. Yet the study also found that female entrepreneurs are most likely to be successful in getting funding in the U.S. (65%) and France (62%) and are least likely to get funding in Hong Kong (68%) and Singapore (59%).

In case you missed it

Shhhh: TD Bank’s latest annual survey on “Love and Money” showed that more than one in four millennials, or 27 % surveyed, are keeping a financial secret from their partner, the highest percentage of any generation. Not surprisingly, the secrets usually had to do with hiding outstanding debt.

The study also revealed that men (70%) are more likely than women (48%) to reward their child with money. However, women are twice as likely (23%) to say their love for their child would sway their money decisions compared with men (12%).