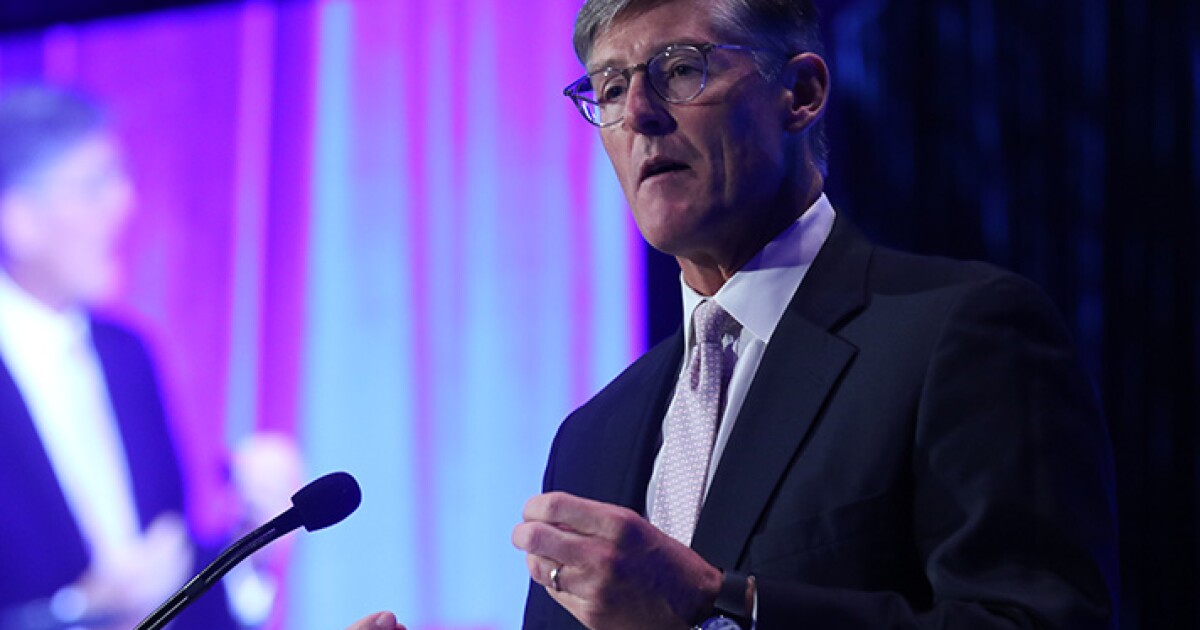 Speaking at a dinner honoring American Banker’s Most Powerful Women in Banking and Finance on Thursday evening, Corbat said that unconscious bias has contributed to inequality in the workplace despite a decades-long effort by many companies to promote women.

He issued a call to arms for men to eradicate bias in the workplace.

“Men, we have been part of the problem, so we have to be part of the solution,” Corbat told an audience of roughly 800 bankers. “Because it has been so widespread for so long, leaders like us — who have achieved positions of authority — bear an even greater responsibility to stick it in the dustbin of history.”

Corbat even poked fun at his own rise to the top. He has worked at Citi and its predecessor companies for 36 years since graduating from Harvard University with an economics degree.

“As a tall, pale, male, Ivy League-educated, formerly All-American football-playing CEO, I can stand here tonight and honestly say that, against all odds, I made it,” he said, to laughter.

Corbat called Citi’s gender pay gap “ugly” and “disappointing.” Knowing the company would be harshly criticized, Corbat nevertheless chose to publish rather than hide the results.

“What the raw data told us, unequivocally, is that we have more work to do, and that we need to pick up the pace to get there,” he said.

Citi has set a goal that by 2021 women will hold 40% of midlevel and senior executive roles.

Corbat chided executives who offer “lame explanations” for why more women are not on more corporate boards — women can’t grasp complex issues, it’s enough for a company to have one woman on its board, etc.

He also urged men to push back against so-called gender segregation strategies adopted by some politicians and Wall Street executives who have openly said they avoid being alone with women on the job.

“We have all heard reports claiming that in the era of #MeToo men are less likely to feel comfortable mentoring women,” he said. “Be better than that. Keep doing the right thing in your professional life by offering sponsorship, mentorship and opportunity equally to the amazing women around you.”

To be sure, inequality is not a problem unique to Citi or the banking industry. Just 6% of Fortune 500 companies have women CEOs, according to the latest rankings by the magazine.

Bankers must question assumptions that promoting women will somehow hurt their company or its leaders, he said, arguing that pay gaps exist because most of the higher-paying, mid- to senior-level manager positions are held by white men.

“The next time someone asks you what impact this renewed focus on women in leadership, and diversity more broadly, may mean for our meritocracy, gently but firmly remind them that our supposed meritocracy was formerly based more on who rather than what you knew,” he said.

Unconscious bias against women continues to play a major role in the culture, he said.

He offered three steps to change the status quo. Identifying unintentional bias, continuing to mentor women and promoting women to midlevel management positions will go a long way toward changing the current dynamic.

“It doesn’t matter how enlightened you think you are. It’s still important to recognize the unintentional ways you may have allowed unconscious bias toward women to be tolerated,” Corbat said. “To make the workplace more inclusive, leaders need to drive change in the middle of their organizations.”