The Women to Watch: No. 24, PNC’s Stephanie Novosel  American Banker

As head of commercial banking at PNC Financial Services Group, Stephanie Novosel knows full well that competition for loans is intense and that to win business banks need to add value that goes beyond offering competitive loan terms.

So last year, Novosel undertook a project in which she surveyed decision makers at about 70 companies to get a sense of what they expect from their bankers, now and in the future. What she found, among other things, is that they want relationship managers to be educated in the industries they are serving and well-versed in all the products the bank has to offer — beyond just loans — and how those products can work together for maximum effect. 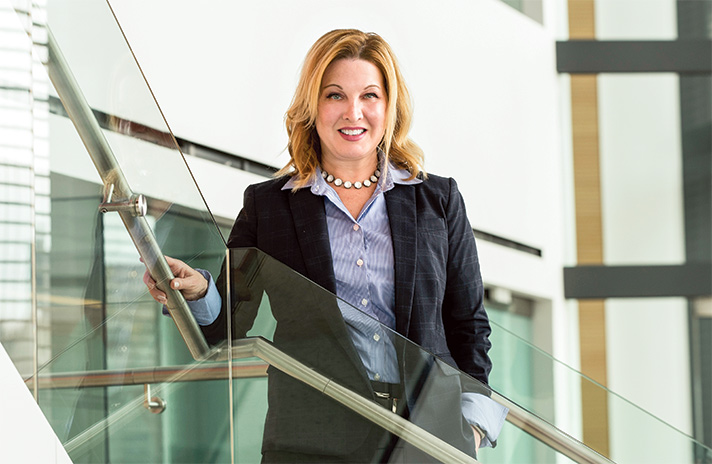 Armed with that information, Novosel has been developing a new commercial platform that relies heavily on technology to help relationship managers better connect these dots so that they can meet clients’ needs more efficiently while providing more targeted advice.

The program is still a work in progress and PNC won’t discuss the proprietary technology it’s using except to say that it is giving commercial bankers access to “extensive internal expertise” in specific industries and tools that streamline processes between a relationship manager and a client so that their “first face-to-face meeting feels like their third.”

“If we don’t have the foresight to look ahead and create actionable vision, we’ll be left behind,” Novosel said. “You can’t wake up one day and flip a switch; you need to develop strategies that steadily build for tomorrow.”

Novosel has been PNC’s head of commercial banking since 2011. Her group initially served clients with annual sales of between $10 million and $30 million and has been expanded several times since to include companies with as little as $5 million in sales and up to $50 million. It most recently took on direct management and oversight of PNC’s 25-person equipment finance team.

As a female business banker, Novosel believes it is important to support women-owned businesses. She does this by organizing small networking lunches for women, carefully selecting participants who she believes could learn from one another. For the last six years she has also been on the advisory committee for the Chatham Center for Women’s Entrepreneurship and has personally funded five women-owned businesses through the center’s incubator program.