Marla Willner has returned to TD Bank to be its head of corporate and specialty banking, and she has a plan for building the unit she leads into a national powerhouse.

Before leaving in 2015 to become head of investments at Brightwood Capital Advisors, Willner had been with TD or its Toronto-based parent, TD Financial Group, for 15 years. She held a number of top jobs in investment and corporate banking and played a key role in separating TD’s corporate bank from its commercial bank so that it could make larger loans. 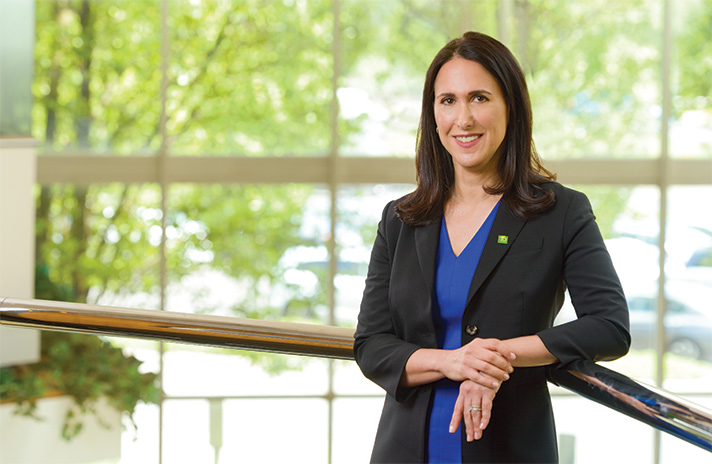 Willner rejoined the $314 billion-asset bank last year and among her strategies for accelerating corporate and specialty banking’s growth is to reach outside of the bank’s Maine to Florida footprint for new business. For example, TD has long served state and local governments in its markets and now it is pursuing opportunities in other states and has several deals in the works

Under Willner, TD is also taking its higher education lending national, broadening its health care lending to include a number of new verticals, such as behavioral and mental health facilities, and working closely with the commercial real estate team to raise the lending limits on commercial real estate projects for high-priority clients.

“We had ambitious growth goals in a saturated footprint,” Willner said, explaining her growth strategy. “I knew we needed to expand nationally, develop new revenue streams, increase our exposure limits and find ways to collaborate.”

Willner, who reports directly to TD Bank President and CEO Greg Braca, has also been working to break down the silos that have historically existed between the specialty lending businesses she oversees. To that end, she has created a new leadership position on her team, head of process excellence, to address operational issues and streamline processes across five lines of business.

Outside of TD, Wilner serves on the board of the Women’s Prison Association, overseeing a program that helps formerly incarcerated women re-enter society by finding them safe and affordable housing, preparing them for job interviews, helping them with household budgeting and more.