Global Head of Corporate and Investment Banking for the Public Sector

Julie Monaco knows the key to making Citigroup the top investment bank to governments and governmental organizations across more than 120 countries.

Fill your team with people who have a passion for economic and public policy, and who study even when away from the office how to eliminate poverty, fight corruption and grow economies. 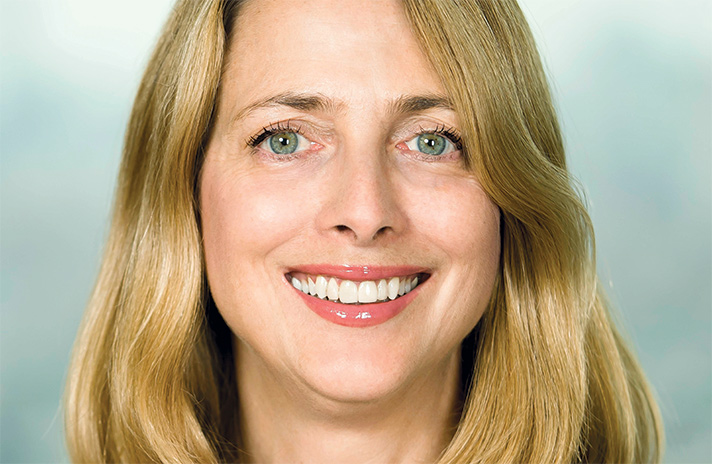 “You establish yourself as a trusted adviser to governments by genuinely caring and demonstrating knowledge of the things that keep them up at night,” said Monaco. “It goes without saying you have to deliver the service governments want Citi to provide, but you have to raise the bar to a whole other level of engagement on the macro issues they’re trying to solve.”

Her team has done that well enough for Citi to claim the top spot in the government category four out of the past five years in a Dealogic ranking of investment banks based on share of revenue.

Last year Monaco set out to further improve the way Citi serves the public sector by adding a global product innovation role to the team. The focus was on trade and transaction services, which is a core part of the public sector business, generating more than 40% of its overall revenue.

Though technology is transforming payments, the public sector had not seen the same level of innovation in this area as the corporate sector had, Monaco said. “I recognized that a growth opportunity was being overlooked.”

Now clients are more involved in helping Citi create tailored products, including several expected to roll out within months.

Monaco, who began her career as a manager of trade finance and cash management products at Bankers Trust and later Deutsche Bank, learned early on the importance of listening closely to clients and being forward-looking.

“You have to be brave enough to see what’s around the corner and take that leap that could sabotage some shorter-term revenue but will be replaced by something that will be even better for clients,” she said.

But, Monaco said, some of the most rewarding work she does overall is in helping mentor younger women at Citi.

Recently, Monaco invited a newly promoted vice president on her team to dinner in Washington with the chief executive of the World Bank’s Multilateral Investment Guarantee Agency and the chief operating officer of the bank’s International Finance Corp.

“I thought this would be a great opportunity to interact with women who have made it,” Monaco said.

The following day, Monaco received a note of thanks from the CEO of the investment guarantee agency for mentoring the next generation of women.

“Such opportunities, and the trust these women place in me, is my real reward,” she said.